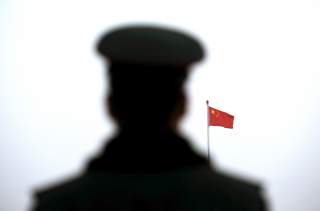 For years, the independently owned and operated Jifeng Bookstore (季风书园) was by almost any measure the best in Shanghai. It offered not only the latest works on Chinese economics and politics, but also translations of foreign works on a wide range of topics. Photos of Western authors such as Baudelaire, Foucault, Wittgenstein and Virginia Woolf covered its walls. Like leading bookstores elsewhere, all this was augmented with frequent talks by Chinese and foreign writers, plus a coffee shop jammed with people talking, reading and writing.

Yet as 2017 closed, so did Jifeng Bookstore. The ostensible reason was that the nearby Shanghai Public Library needed the space and therefore the landlord could not renew the lease. But the real reason was political—nervous Communist Party officials found the bookstore’s intellectual atmosphere too freewheeling for comfort and so engineered its shut down. Its closure was just another step in the party’s nationwide campaign to restrict the flow of information and the channels through which it is disseminated to average Chinese citizens.

Closing a bookstore is a relatively minor move in this broad campaign, yet it’s an important symbol of Communist Party policy that speaks to the political climate in the People’s Republic just as China takes advantage of the United States’ turn inward under the Trump administration to bolster its identity as a responsible and necessary global power. As China grows more assertive on the world stage, at home the Communist Party is hyper vigilant to maintain social and political stability. In characteristic authoritarian manner, the Communist Party is actively working to limit intellectual freedom.

The Communist Party bans the world’s most popular social outlets, including Facebook and Twitter, and blocks access to Western news sites. Some two million workers are assigned to monitor the Internet for items the rulers find unacceptable, such as mention of Tibet’s Dalai Lama or comparing photos of President Xi Jinping to Winnie the Pooh, discussion of the brutal crackdown on the 1989 Tiananmen demonstrations, or open exchange about China’s standoff with Taiwan. Academics are under growing pressure to restrict debate on controversial topics, such as foreign concepts of human rights and democratic politics. Censorship of the press and books has become more stringent, and those who complain out loud can find themselves invited to “tea” at local police headquarters. The chill in the air is hard to miss.

But closure of Jifeng Bookstore was especially painful for me. I study and teach about modern Chinese politics and culture at the University of Colorado and for more than a decade have visited the store during my annual visits to the mainland to soak up the atmosphere and buy new Chinese-language works in my field of modern Chinese history. Two years ago, the store even asked me to discuss my book on early twentieth century Chinese politics and culture that had just appeared in Chinese translation.

It was a stimulating experience. The large room at the back of the store, which had a small raised platform for the speakers, was full, with all seats taken by some forty people—a mix of college students, ordinary store customers, and older people who are on Jifeng’s mailing list. The follow-up question-and-answer session was enthusiastic, intelligent and friendly. It was like a bookstore talk or classroom session almost anywhere else in the world. There was no hint of official monitoring and the audience seemed totally relaxed. No wonder this popular bookseller was profitable, with owners who had every intention of staying in business for years.

But that was not possible. Over the past five years, during the tenure of President Xi, cultural and intellectual life in China has steadily become less free. Publishing houses are more limited in what they dare print, Internet controls grow steadily tighter and classroom discussions are more restrictive. In this frigid intellectual climate, independent bookstores don’t stand a chance.

Jifeng was not closed because of the books it sold; many state-owned or online sellers have most of the same works available. Jifeng’s main political sin was to offer a salon-style center of intellectual independence and unbridled curiosity. For the Communist Party, such places are dangerous. The shop’s owners and its customers considered themselves connected to global conversations and were concerned about humanistic subjects that touch on controversial political issues, ones they wanted to discuss with safety.

Last summer, I got a direct taste of what the ruling party prefers. Another Shanghai bookstore—this one owned by the state—invited me to take part in a group presentation on intellectual revolution in modern Chinese history with two Chinese historians. It too had a large and comfortable meeting room available for the event, one able to accommodate well over fifty people. But at the last minute, we were forced to relocate to a hallway just outside the store, a narrower venue in all senses. Moreover, I was warned that a state minder would be on hand to keep an eye on the proceedings. The monitor’s identity was never made clear, but I was acutely aware of his or her presence nevertheless. While the discussion that night was once more engaged, the overall atmosphere signaled everyone to be prudent in their choice of words and topics of address.

During Jifeng’s final weeks in business, a binder on a small table near the entrance displayed the official letter stating the lease could not be renewed. The table also displayed a few lines by the Portuguese poet Sofia de Mello Breyner Anderesen: “For you I will create a pure day / Free as wind and repeating / As the efflorescence of ordered waves.” Customers were invited to add their own comments and pin note cards on an adjacent bulletin board.

Many did. On my last visit, the wall was covered with overlapping cards and comments, containing words of sadness and incredulity but also gratitude; most were signed, despite a potential risk. It warmed my heart to add my own words of farewell, but it was a profoundly sad day.

Timothy B. Weston is an associate professor of modern Chinese history at the University of Colorado at Boulder. He received his PhD in that field from the University of California, Berkeley. He is coeditor of three books on contemporary China: China beyond the Headlines (2000); China's Transformations: The Stories Beyond the Headlines (2007); and China in and beyond the Headlines (2012). He is also the author of The Power of Position: Beijing University, Intellectuals, and Chinese Political Culture, 1898-1929 (2004), which was recently published in Chinese translation by Jiangsu People’s Press. Weston is currently writing a book on the origins of modern Chinese newspaper journalism in relation to Western imperialism.