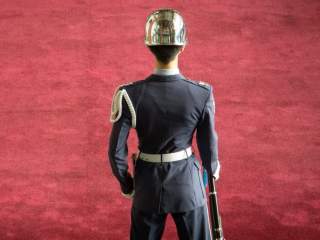 The uncertainty surrounding the cross-strait policy of Taiwan’s newly elected president, Tsai Ing-wen, has produced a great deal of unease and concern in Beijing. China desperately seeks Tsai’s affirmation of the “1992 consensus” which provided the foundation for cross-strait relations under the Ma administration. As part of its effort to sway Tsai’s policy, China is increasingly turning to psychological warfare to pressure the incoming administration.

In late January, several days after Taiwan’s presidential elections, Chinese media aired broadcasts of what it claimed were large-scale Chinese military operations in Fujian province, opposite Taiwan. According to Taiwan’s Ministry of Defense however, these videos were not authentic and consisted of spliced scenes from earlier People’s Liberation Army (PLA) military exercises. In response to these broadcasts, a Taiwanese military official, who spoke on the condition of anonymity, said the broadcast may be "psychological warfare" warning the new Taiwan government to tread carefully.

In February, a delegation of high-profile Taiwanese scholars from the Taipei Forum, a Taipei-based think tank, visited a number of Chinese think tanks in Beijing and Shanghai. During the visit, delegation members were told to read an online article which had been circulating in various departments that deal with Taiwan affairs. According to the article, peaceful cross-strait unification is no longer possible and that China could thus prepare for war with Taiwan, which would be launched between January and May next year. After returning to Taiwan, Su Chi, the current chairman of the Taipei Forum and former Secretary-General of Taiwan’s National Security Council, revealed the details of the article to Taiwan’s media. By utilizing such a high-profile figure from Taiwan, China is able to gain greater exposure and add force to its message.

China has used psychological warfare against Taiwan in the past, most prominently in 1995 and 1996 when it conducted ballistic missile tests near Taiwan’s coast. The last eight years of the Ma administration have seen a relative absence of aggressive displays on the part of the PRC. The one notable exception was a July 2015 video on Chinese state-run television CCTV which showed computer-generated PLA soldiers attacking Taiwan’s Presidential Office in Taipei. According to one analyst, this video was intended to serve as a message to intimidate Taiwanese voters not to support then-opposition candidate Tsai Ing-wen. With the increase in Taiwanese consciousness and the lack of adherence to the One-China principle and the 1992 consensus by the incoming Democratic Progressive Party (DPP) leadership, China will likely take a more coercive posture, and psychological warfare will likely play a prominent part in Beijing’s cross-strait strategy.

Aaron Jensen is PhD student in the International Doctoral Program in Asia-Pacific Studies at National Chengchi University in Taipei, Taiwan.