China's South Sea Claims Were Always about Emotion, Not History 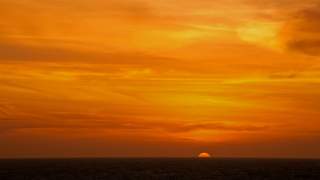 The South China Sea arbitration award is not just a victory for the Philippines over China; it is a victory for evidence over sentiment. I have spent the past five years digging through the competing versions of the region’s history. In the process, I have learned that China’s claims in the South China Sea were always more emotional than historical. They emerged from the sense of national violation during the nineteenth and early twentieth centuries, and mixed misunderstandings about history with poor translations of foreign maps and an unbending sense of self-righteousness.

The problem for the region is that, despite the arbitration ruling, those misunderstandings and emotions will not easily go away. Far from it: Chinese schools are continuing to inculcate young minds with the same muddled views of the past, and the national media is reinforcing the message for adults. To those Chinese who care about the issue, the arbitration will appear as yet another episode in the story of national humiliation. If we could trust the Chinese leadership to allow the free flow of information and an open debate about history, we could hope for a new understanding to emerge. For the time being, that is about as likely as China dismantling its giant artificial islands.

The tribunal’s award is 501 pages long. I’m still reading it, but my favorite line so far comes in Paragraph 270, where the judges say, “The Tribunal is unable to identify any evidence that would suggest that China historically regulated or controlled fishing in the South China Sea, beyond the limits of the territorial sea.” This destroys the implicit misunderstanding at the heart of China’s attitude towards the region—that it, and only it, has been the sole user of the waters between its coast and those of its neighbors.

No one can deny that Chinese traders or fishing communities based along the coast of what is now China made extensive use of the sea. But so did traders and fishers from all the other countries around it. So did merchants from India, Persia, Arabia and Europe. The history of the South China Sea has always been a shared one. Muslim traders built a mosque in Guangzhou in the eighth century, Chinese shipwrights borrowed design ideas from Malay vessels, and the region grew rich on the profits of exchange. The chauvinism about China’s superior and exclusive claim to the sea only emerged in the dying years of the Qing Empire and the chaotic early years of the Republic of China.

That chauvinism underpins the South China Sea problem to this day. China wants to maximize its claim there for many reasons—chiefly coastal defense, fishing rights, oil exploration and maneuvering space for ballistic-missile submarines. These are entirely rational wants and each has its own lobby within the Chinese political system forcefully defending its interests. What makes these issues so toxic for the region is the sense of entitlement and righteousness that underlies Chinese actions. This has become palpably worse since President Xi came to power. He may have reined in the various state agencies, but he has given them renewed national purpose to defend China’s claims.

But could there be a way forward? There are signs that Chinese officials are, in fact, steering a careful and gradual path towards compliance with the generally accepted standards of international law. As the Australian researcher Andrew Chubb noted, the Chinese government’s response to the arbitration “might just have made an important and long-awaited clarification of the meaning of the nine-dash line.” The statement made five points, the first of which dealt with the line. It seems to say that the line was drawn back in 1947 to deal with the administration of the islands within it—nothing about the waters. While point three does refer to “historic rights”—rights which the Arbitral Panel rejected utterly—the document says absolutely nothing about what rights they are or where they might be exercised. Think of China’s position as a slow-moving supertanker. Policy is not going to be reoriented overnight, but the bows are nudging towards an internationally acceptable direction.

The question now is how the region and the wider world should respond. It seems imperative that there should be minimal crowing and no attempts at national humiliation. All sides should avoid provocations—drilling expeditions or shows of military might—and allow the new reality to sink in. It’s unlikely that Beijing will want to risk the failure of the G-20 summit in early September by doing anything precipitous. China and the world have a few weeks to consider what a new cooperative future in the South China Sea might look like.

Bill Hayton is an Associate Fellow, Asia Programme, at Chatham House. Hayton is the author of the acclaimed book: The South China Sea: The Struggle for Power in Asia. You can follow him on Twitter: @bill_hayton.