China's Yuan Won't Topple the Dollar After All 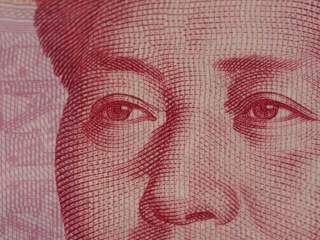 It was always a ridiculous contention, and it seems even less reasonable now. Not even a year ago, consensus thinking saw China’s yuan on the verge of replacing the dollar as the world’s premier reserve currency. Now the flood of funds out of China, and the yuan’s declining value, have stifled all such talk and even such thinking. No doubt circumstances will continue along current lines for a while to come. Still, today’s negative attitudes are setting the stage for a rebirth of pro-yuan speculation, perhaps pretty soon. It will be wrong again.

When the pro-yuan thinking was at its height last spring, it looked as though the currency had support from all quarters. China’s economy seemed to be doing reasonably well, though growing at a much slower pace than previously. Beijing was also making headlines with its efforts to give the yuan a more prominent international role. To argue the other side of the question, that the dollar was not quite so vulnerable, took a disciplined analysis of the fundamentals, historic and economic, as well as recognition that not all policy in Beijing supported the effort to substitute the yuan for the dollar. The National Interest offered just such an analysis.

The pro-yuan enthusiasm, nonetheless, dominated most decision making. Foreign companies, confident China was unstoppable and that the yuan’s value would continue to rise, invested heavily in the country. For the same reasons, foreigners bought Chinese stocks and bonds, while Chinese firms borrowed in dollars and other foreign currencies with the expectation that their appreciating yuan earnings would enable them to service this debt easily. All these huge capital inflows created an exaggerated feeling of prosperity in the Chinese economy and drove up the prices of Chinese stocks and other financial assets, a development that redoubled the supportive inflows.

But because the extremes of enthusiasm were without fundamental foundation, the situation became increasingly fragile. Two small changes were enough to bring it down. First, the pace of Chinese growth slowed. It was at base a matter of no great concern, a natural response to a more mature phase of development, as articles in the National Interest explained. But even though China’s growth continued strong by the standards of just about any other economy on earth, so much was riding on continued impressive Chinese gains that even this modest and predictable adjustment unnerved business people and investors alike. Second, it became apparent that the financial liberalization necessary to make the yuan an international currency would have an immediate adverse effect, as Chinese investors, who previously could not get their assets out of the country, looked to the liberalizing trend as a way to buy overseas and thereby diversify their holdings. This eagerness to leave was less a lack of confidence in China than simply a prudent way to minimize the risk of having everything in one place and one currency. But it nonetheless fostered uneasy feelings.

So what should have been a minor adjustment turned the overheated environment into a rout. Money flowed out of stocks and other financial assets. According to Chinese government statistics, foreign investors in Chinese stocks and bonds sold the equivalent of some $17 billion during the third quarter, the most recent period for which complete data are available. It was a radical shift indeed from the $16 billion in purchases they made during the second quarter. The Shanghai Exchange has, as a result, declined almost 50 percent from its peaks last June. So, too, the direct foreign investments into Chinese businesses slowed markedly. While new direct investment flows registered only the equivalent of $39 billion during the third quarter of 2015, down a bit less than half from the $71 billion recorded in the second quarter, foreign firms already in China pulled the equivalent of some $32 billion out of the country. More recent, if more tentative, data suggests that both these patterns have continued so that, for all of 2015, net capital outflows appear to have verged on $1 trillion.

With so much money flowing abroad, it is little wonder that the yuan has come under considerable downward pressure. China’s central bank, the People’s Bank of China (PBOC), tried at first to support the yuan’s price, buying actively with its ample hoard of foreign exchange reserves. For a while it succeeded, but between August and September it allowed the yuan to depreciate 3.7 percent against the dollar; it depreciated another 1.5 percent by year’s end and another 1.0 percent or more so far this year, for a total depreciation of about 6.5 percent—a big move for the yuan. This decline in the currency’s value no doubt contributed to the intensification of the outflows during the latter months of 2015 and into this year.

For the time being, this negative pattern will likely persist. But just as the past enthusiasms planted the seeds of today’s problems, so too are today’s ugly sentiments planting the seeds of another, more positive change. By delaying some of the planned financial liberalizations, Beijing has begun to relieve some fear of that source of capital flight. At the same time, the yuan’s depreciation has begun to make the pricing of Chinese products more attractive to global markets. Returning an export edge that once seemed gone forever may delay some of the fundamental adjustments Beijing had planned for the economy, but it will also prompt marginally faster growth.

In time, these unfolding changes will make investors regain a measure of confidence and rethink their present negative consensus, though likely not as dramatically as they reversed their once positive consensus of last spring. China will have weathered a crisis that many feared would destroy it, allowing people again to see the positive prospects for what is, after all, a large economy with considerable development potential. If in that more sober context Beijing returns to its planned liberalizations, as is likely, any diversification by Chinese investors will look a lot less frightening than it did in the face of the earlier enthusiasms. Given sufficient time, this new, more positive mood will renew speculation that the yuan can replace the dollar as the world’s premier currency. Then, the National Interest will have to update its earlier fundamental currency analysis.

Mr. Ezrati is a contributing editor at the National Interest, an affiliate of the Center for the Study of Human Capital at the University at Buffalo (SUNY) and recently retired as Lord, Abbett & Co.’s senior economist and market strategist. His most recent book, Thirty Tomorrows, describing how the world can cope with the challenges of aging demographics, was recently released by Thomas Dunne Books of Saint Martin’s Press.