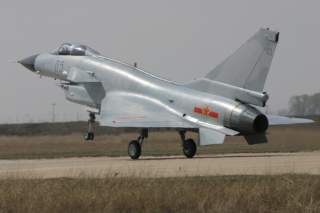 Even now, there is reluctance to identify China as a competitor, perhaps born of difficulty conceiving of this possibility. Unlike our last major competitor, the Soviet Union, China is also a major trade partner, and China continues to represent a market opportunity in the eyes of many Western business interests. So we are tempted to jump from denial to defeatism. Not Dyer. In his view:

Whether they have come to praise or to warn about China’s rise, most authors on China subscribe to an almost linear transfer of wealth and influence from West to East, from a U.S. in decline to an irrepressible China. There is an air of inevitability in the way China is presented. Yet the roots of American power are deeper than they seem and hard to overturn.

IN DIFFERENT WAYS, Dyer and Kaplan provide reasons for hope. Where Dyer argues that we are likely to prevent China from succeeding in its effort to dominate Asia, Kaplan predicts that we will engage in a sustained naval competition, but at least the “stopping power of water” (a term borrowed from University of Chicago professor John Mearsheimer) will keep the contest from devolving into outright war. By following commonsense rules—striving to maintain a balance of power in the region—we can prevail in what is likely to be a long-term competition. What’s more, both authors maintain that the United States should stay economically and militarily engaged, with Kaplan making the case that the two are linked: “It is only by enmeshing itself further into the region’s trade that the United States will remain self-interested enough to continue to guard the sea lines of communications in the Western Pacific.”

So Dyer and Kaplan agree on the diagnosis and even on the general prescription, with both, again, recommending that the United States aim to preserve a balance of power. Here’s Dyer: “Washington’s objectives should be to maintain a favorable balance of power and to provide clear defensive arrangements against any potential aggressors.” In Kaplan’s formulation, “It is the balance of power between the United States and China that ultimately keeps Taiwan, Vietnam, Malaysia, the Philippines, Indonesia, and Singapore free.” And again a few pages later: “For it is the balance of power itself, even more than the democratic values of the West, that is often the best preserver of freedom.”

Aiming for a balance of power sounds unobjectionable, but what does this mean in practice? Kaplan distinguishes between the past American dominance and the future balance that he envisions:

Unfortunately, Kaplan does not specify how much “edge” will suffice. Nor does he proceed even to adumbrate which “key areas” he has in mind. One might think of the undersea domain as an area of traditional American strength. Kaplan points out the challenging bathymetry around China’s coast for the detection of hostile submarines, implying that the U.S. advantage in this area might be neutralized. In fact, what this means is that stealthy U.S. submarines should be able to penetrate up to China’s shores, while American sonar and other detection measures can be maintained along the choke points through which Chinese submarines would have to pass to exit China’s near seas and deploy out into the blue water of the Pacific. So the undersea domain does indeed seem to count as such a key area of U.S. advantage.

But more than U.S. submarines will be required in order to preserve a balance of power. Submarines are supposed to be imperceptible. But to maintain their nerve and stand up for themselves in the face of Chinese coercive pressure, China’s neighbors will require visible evidence of the U.S. commitment to their security. On the diplomatic side, Dyer is clear: “The endgame in Asia for Washington is . . . to forge a robust and stable set of rules and institutions laced with American values of openness and political pluralism which will be resistant to Chinese pressure,” and he cites Burma as a test case. On the military question of how to deter China from challenging the balance, he is sensible but vague:

If the basic objective is to convince Chinese hard-liners that there is no path to a quick win in the western Pacific and to defend its allies, then U.S. strategy should be built around finding ways to raise the costs so that China’s leaders would never be tempted even to consider such a proposal—and to do so in ways that are politically and economically realistic and which are not hugely provocative toward China.

The trouble is that the existence of China’s A2AD force means that to ensure access the United States must possess the ability to prevent Chinese missiles from finding their targets. This would seem to require not only shipboard air-defense systems but also the ability to penetrate China’s own air-defense network to eliminate the elements of China’s complex of sensors and guidance systems that enable the PLA to precisely target American platforms. The U.S. military has begun to think through such an approach under the rubric of “Air-Sea Battle,” but Dyer rules out this response as overly provocative toward China because it implies strikes against targets on the mainland. As an alternative, Dyer suggests a distant blockade to target China’s economy, acknowledging that its imposition would entail “plenty of strategic difficulties.” He also outlines an approach centered on arming regional powers and developing a network of positions from which to interfere with PLA power projection. The upshot is that the United States has a range of options to deter Beijing.

THOUGH BOTH KAPLAN AND DYER CHOOSE to foreground military issues, their books are at their best when reporting local details or relying on deep historical research—material that should inform the development of U.S. strategy. If the authors are correct that the fate of the Asia-Pacific region will depend on whether the United States can maintain a balance of power in the face of China’s rise, then knowledge of conditions on the ground across the region will prove critical. This local knowledge will help Washington work with the countries of the region, and potentially even embed them in an alliance-like architecture (if not a formal alliance such as NATO) to keep Beijing at bay.

Kaplan’s virtuoso reportage and historical sensitivity seem at odds with his insistence on the primacy of geography and structural factors. The first chapter of Asia’s Cauldron begins: “Europe is a landscape; East Asia a seascape. Therein lies a crucial difference between the twentieth and twenty-first centuries.” It is as though geography determines everything. But prior to this opening, Kaplan offers a prologue called “The Ruins of Champa” that vividly conveys India’s enduring cultural influence in Vietnam:

I am in My Son, in central Vietnam, forty miles inland from the coast of the South China Sea. Flowers and grass grow out of every nonvertical surface of each monument where altars, lamps, and lingas used to be placed, swimming in incense and camphor. . . . A lichen-coated linga, the phallic symbol of Shiva’s manhood, stands alone and sentinel against the ages.

So history and culture matter, too. The message of the prologue is that one must “never lose sight of the vividness of India’s presence in this part of the world” even “at a time when China’s gaze seems so overpowering.” In chapters covering not only Vietnam but also Malaysia, Singapore, the Philippines and Taiwan, Kaplan offers a richly textured account of how each country approaches its relations with the great powers in its midst. We learn how Mahathir bin Mohamad modernized Malaysia using Islam as the glue to unite its variegated peoples, and that the country is, after Singapore, the most reliable military partner of the United States in the South China Sea, having not forgiven China for its support of ethnically Chinese Communist insurgents through the 1970s. Kaplan similarly details the perspective of Lee Kuan Yew, father of modern Singapore, on the Vietnam War, which in his eyes bought time for the other states of Southeast Asia to strengthen their economies and thereby ward off the Communist challenge. And regarding the Philippines, we learn that internal threats are so dominant that the army there is three times bigger than the navy, even though the Philippines is an “archipelagic nation,” and thus the country is desperate for U.S. help in the face of China’s “creeping expansionism” in the South China Sea.

Finally, Kaplan covers Taiwan, offering a new perspective on Chiang Kai-shek and conveying the importance of Taiwan’s position between the Japanese archipelago and the northern reaches of the South China Sea: “Taiwan is the cork in the bottle of the South China Sea, controlling access between Southeast Asia and Northeast Asia.” Furthermore, if China were to annex Taiwan, then all of the assets currently focused on “reintegrating” (in Beijing’s parlance) that island would be freed for other missions.