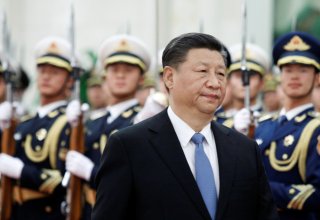 Financial regulations force all investment firms to warn their clients: “Past performance is no indication of future results.” That is only fair. Things change over time. Just such a warning should also accompany all aspects of the China debate, especially where economics is concerned.

A large part of American discomfort about China stems from its stupendous past economic growth.  Observers fear that these past gains might reflect a superior approach to economic organization, that China’s purposeful, centralized system is somehow more effective than America’s seemingly chaotic democratic and market-based system. They then conclude that China will continue to outpace America to surpass its material wealth sometime soon. From that, they can see a future of Chinese hegemony and military dominance. The fact is, however, that the economic extrapolation behind these conclusions is inappropriate and misleading. China’s economy is set to slow dramatically from its past performance even as that nation’s top-down, authoritarian approach to economic organization will create huge economic problems. Those troubles are already beginning. It does not help Chinese prospects that its president, Xi Jinping, seems unaware of what is happening to the economy.

China’s past record certainly is impressive. Between the late 1970s, when Deng Xiaoping parted from Mao Zedong’s command economy and opened China to the world, until 2010, China’s real economy grew at about 10 percent a year in real terms. The United States during that time saw only 2.8 percent real growth a year. China’s pace of growth decelerated after 2010 but still outdistanced most every other economy, even considering the effects of Covid-19. In just a few decades, China has climbed from one of the world’s most backward economies with a gross domestic product (GDP) of barely over 3 percent of America’s to over 70 percent of U.S. GDP today, and by some measures even proportionally larger. China is now the world’s premier manufacturer and by some standards already the world’s largest trading nation.

Tempting as it might be to extrapolate this growth record and ascribe it to any superiority in China’s approach to economic organization, it would be a mistake. China’s past gains are less a product of its system or, as Beijing sometimes implies, some essential destiny, than they are a product of China’s stage of development. In the 1970s, when the growth surge began, its still centralized system had an easy time of it. All Beijing’s planners needed to do was look at the United States and other developed economies for guidance. The future was there before their eyes. Marshalling the nation’s intellectual, labor, and natural resources to a relatively narrow range of activities paid off well. Roads, ports, and rail links were clear steps as were the construction of decent housing and reliable public utilities. The growth record shows that the planners made good choices.

But as China’s economy has advanced and just about caught up to the fully developed economies, the planners have lost their models. Now, like any economy in the developmental forefront, they must guess at future needs—a much more difficult task for any planner and a great danger for a centrally planned economy like China’s. Not surprisingly, the country’s plans have increasingly gone awry. Part of the problem is that planners have had trouble adjusting. Instead of embracing the growth of services and other more advanced activities, they have frequently doubled down on the kinds of early development projects that once paid such handsome dividends but are no longer so urgent. Misguided central direction has given China roads, bridges, and high-speed rail links to nowhere. After decades of emphasis on housing, the Ministry of Statistics now estimates that some 20 percent of China’s housing stock is unoccupied.

An increasing list of misguided projects has wasted resources. It has also left a legacy of debt. The failure of the giant property developer, Evergrande, serves as a dramatic example. Much media attention has blamed the company’s management, which is hardly blame-free, but the bulk of the blame lies with a continued and inappropriate government emphasis on residential construction, something that has become more and more obvious as other property companies find they cannot service the debt they incurred following central direction.

It is at this model-free stage of development that a market-based system shows its advantages. Unlike centrally directed systems, markets rely on a great diversity of separate decisionmakers. Because each makes independent efforts to capture the future, the economy effectively spreads its bets over a wide variety of efforts. Most fail. There is considerable waste. But without a focused centralized marshaling of resources typical of Chinese-like central planning, that waste tends to happen on a smaller scale. Indeed, large-scale failures in a market-based system tend to occur only when some central authority directs market participants in one direction, as when the government pushed for mortgage lending to lesser credits brought on the financial crisis of 2008-09. Still more important in meeting future challenges is how a market system’s great diversity of effort increases the chance that one or more of these independent projects will indeed capture future needs and score big, for those who devised it and for the general economy as well. Of course, if the central planners manage to capture a future need, their success can be huge, but their focused effort makes that hit a lot less likely.

China’s accumulated planning failures have become evident in an immense accretion of debt. It is true that Beijing has kept the central government’s debt burden light, certainly lighter than Washington’s, but it is not this debt that finances the planners’ projects. That burden falls on private firms, state-owned enterprises (SOEs), and provincial governments, making the relevant debt measure the total of public and private debt. During the ten years through 2020, this composite debt measure in China grew 23 percent a year, far faster than the nominal economy, which grew about 8 percent a year. The difference roughly measures the projects that failed to create adequate economic returns. During this same time, the equivalent broad measure of debt in the United States grew about 5.6 percent a year, faster to be sure than the 4 percent average growth of the nominal economy, but a much narrower gap than in China. The relative accumulated burden is impressive. Presently China’s debt outstanding verges on 250 percent of its GDP. That figure for the United States is a much less burdensome 180 percent of GDP.

Meanwhile, Xi Jinping seems completely unaware of the root of China’s intensifying economic difficulties. Though Deng could see the flaw in Mao’s centralized approach, Xi seems determined to revisit it by intensifying centralized control. Worse, his planners continue to push the same sorts of infrastructure projects that once worked so well but are more questionable now. True, the planning authority has also focused on more advanced activities. The “Made in China 2025” plan, for example, has stressed electric vehicles, biotech, aerospace, and artificial intelligence, but it retains the manufacturing focus that China has had from the earliest days of its opening and still ignores the undeniable developmental trend toward services present in other advanced economies. And even the advanced manufacturing, though it certainly captures the headlines, carries risks. Especially where technology is concerned, there is no telling when something new will render today’s hot notion of the future entirely obsolete. Should something like this happen, and it is far from unlikely, the record shows that China’s central planners will have a hard time adjusting so that for an extended time considerable economic effort will go in the wrong direction.

Despite Xi’s tremendous personal power, some in China have voiced concerns about his direction. Hints of just such doubts emerged during last December’s Central Economic Work Conference. This important annual meeting saw considerable debate on how much economic and financial decisionmaking belongs in Beijing and how much should reside with more independent economic actors, private companies as well as SOEs. The conference directive bowed to this dissent. The December 2020 directive for 2021 promoted centralized control, noting a need to “bring order” to the allocation of capital. This past December’s directive for 2022 left this point out entirely. Dissent has even appeared in major government media organs. Central Committee member Qu Qingshan went on record in the People’s Daily making an unfavorable comparison between today’s centralizing tendencies and the economic opening introduced by Deng Xiaoping, concluding that “our modernization and socialism will be ruined.” He did not mention Xi’s policies, but the implication was clear. Similarly, Hu Wei, a leading member of the Party School in Shanghai, wrote in Liberation Daily, linking Deng’s “success” with ending “over centralization.”

This internal dispute seems unlikely to block Xi’s efforts to get a third term as president and secure the president-for-life designation he clearly craves. Contrary thinking might gain strength, however, as the record of failure becomes more evident. If Xi shows flexibility, China may well avoid a great deal of waste and the associated economic and financial setbacks. But even if China manages such a switch in time, its relatively advanced state of development will ensure that the country will grow much less impressively than it has in the past. It might not even outpace the U.S. economy. The fears predicated on the past record of Chinese growth have no place in any realistic assessment.