Chinese Leaders Know They Have No Claim to Taiwan 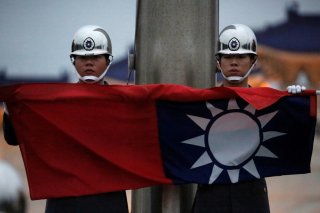 As Speaker Nancy Pelosi considers a trip to Taiwan, Chinese leaders bluster. “If you play with fire, you get burned,” President Xi Jinping told President Joe Biden during a July 28 phone call. Beyond Xi’s bluster and threats of war looms a fact he seeks to bury. Mainland China has no claim to Taiwan, and even Chinese leaders realize that.

Consider Mao Zedong, the founder of the People’s Republic of China. In 1936, he granted an interview with American journalist and hagiographer Edgar Snow. Snow was a trusted sympathizer, best known today for his book, Red Star over China. During his sit down with Snow, Mao treated Taiwan, then called Formosa, as distinct from China. “It is the immediate task of China to regain all our lost territories, not merely to defend our sovereignty below the Great Wall,” Mao explained. “We do not, however, include Korea, formerly a Chinese colony, but when we have re-established the independence of the lost territories of China, and if the Koreans wish to break away from the chains of Japanese imperialism, we will extend them our enthusiastic help in their struggle for independence. The same thing applies to Formosa.”

Certainly, Mao subsequently changed his mind, but that was a political decision motivated solely by the Chinese Communist Party’s imperialism.

Xi does not take Biden seriously. He views the United States as declining and weak, especially after America’s chaotic withdrawal from Afghanistan. Xi and his underlings further argue that international law and diplomatic agreements affirm Beijing’s position. In this, too, he is wrong.

Chinese officials like Ministry of Foreign Affairs spokesman Zhao Lijian may cherry-pick to ignore the 1951 Treaty of San Francisco in which Japan renounced sovereignty over Taiwan but which also did not assign sovereignty to mainland China. His insistence that North Korea’s endorsement of Beijing’s position against the international affirmation of the treaty shows the emptiness of China’s case. Zhao instead seeks to base China’s legal claim on the 1943 Cairo Declaration issued against the backdrop of World War II by President Franklin Delano Roosevelt, Prime Minister Winston Churchill, and the Republic of China’s General Chiang Kai-shek. What Zhao ignores here is that both the Cairo Declaration and the Supreme Commander for the Allied Powers’ General Order Number One considered the Republic of China to be the legitimate seat of the Chinese government. That the Republic of China continues to exist with its capital in Taipei shows that Beijing has no more claim to be the rightful beneficiary than would Singapore, which also has a majority Chinese population. If Zhao believes in the supremacy of the Cairo Declaration, then he essentially should apply for a Taiwanese passport.

Did President Richard Nixon and National Security Advisor Henry Kissinger’s about-face on China and Taiwan change that, though?

Communist leaders often cite three communiques that provide the scaffolding for U.S.-China rapprochement. The first, which Nixon signed during his 1972 visit, stated that the United States would not challenge the notion that Taiwan was part of China. The second, which was signed by President Jimmy Carter when he established diplomatic relations, simply reaffirmed Taiwan to be part of China. The final communique, agreed to by President Ronald Reagan, limited U.S. arms sales to Taiwan.

Not all is as straightforward as Chinese leaders say, however. Avery Goldstein, a political scientist at the University of Pennsylvania, noted, “creative word choices used in the separate Chinese- and English-language versions of the three communiqués that guided bilateral relations during the period of Sino-American entente partially obscured the salience of continuing disagreements about Taiwan.” Functionaries like Zhao Lijian may not admit it, but Xi understands this.

Julian Ku, a law professor at Hofstra University and perhaps the world’s top expert on sovereignty issues involving China and Taiwan, pointed out that on July 28, Xi called the three communiques “political commitments,” a status that falls short of legally binding treaties. While such commitments might have served American and Chinese purposes in the 1970s when Presidents Nixon, Ford, and Carter wanted to peel China away from the Soviet Union, with the Chinese Communist Party now aligning itself with Russia, Washington is under no obligation to abide by outdated arrangements. That Xi phrases his statement in this manner suggests that he knows just how shaky China’s claims are.

Pelosi is right. Biden’s top aides may encourage her to back down, but this would be a mistake.  Not only would it embolden further Xi blackmail, but it would also encourage China to continue with its big lie over Taiwan.