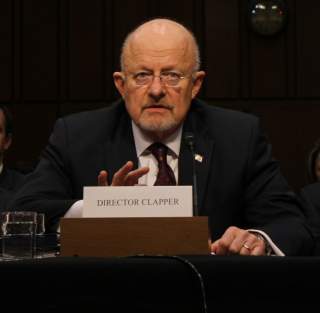 In the darkest days of the early Cold War, after the Soviet Union had busted the U.S. nuclear monopoly, syndicated columnist Stewart Alsop filed a probing article revealing what America thought it knew about the Soviets’ growing nuclear stockpile. Though it generated interest around the country, it didn’t cause a great stir because most Americans had assumed the Soviets were working furiously to overtake the United States in the nuclear arms race.

But the column hit official Washington like a brick thrown through a stained-glass window. Federal atomic-energy officials demanded an investigation. J. Edgar Hoover’s FBI jumped on it with all available force. Dozens of agents from numerous bureaus around the nation were dispatched to find the leaker. Friends, acquaintances and sources of Stewart Alsop—and of his brother Joseph, who was his column-writing partner—were interviewed; some were investigated. At one point, Hoover scribbled on an action report, “Expedite! H.” Soon Capital denizens were whispering at receptions and cocktail parties about this intriguing, inside-Washington cat-and-mouse game.

The leaker was never identified. The expansive investigation fizzled with an interview of the Alsop brothers by two FBI agents. The gumshoes were very polite and businesslike, Stewart Alsop reported years later in relating the episode in a book about Washington’s power matrix. They even seemed more intelligent and more widely read than he had anticipated. By the time they left, the brothers knew the case was closed.

We’ve come a long way since that episode, which seems almost quaint in the face of what’s going on in official Washington today. To protect the kinds of secrets revealed by Stewart Alsop, the intelligence establishment is seeking to wall itself off from the American people by walling itself off from the news media.

That’s the import of the recent directive signed by James Clapper, Director of National Intelligence, who wants to control all contact between people in the Intelligence Community and those involved in the news or information business. The directive states: “IC employees must obtain authorization for contacts with the media” on intelligence-related matters and “must also report on unplanned or unintentional contact with the media on covered matters.”

“Covered matters” aren’t confined to classified information but rather include anything involving the intelligence activities of the country. If it is related to intelligence, it’s covered. The directive defines the media in similarly broad terms, to wit: “any person…engaged in the collection, production, or dissemination to the public of information in any form related to topics of national security.”

To demonstrate his seriousness, Clapper warned in his directive that violations of the new policy could result in “revocation of security clearance or termination of employment.”

As Secrecy News, a publication of the Federation of American Scientists, puts it, “Essentially, the Directive seeks to ensure that the only contacts that occur between intelligence community employees and the press are those that have been authorized in advance. Henceforward, the only news about intelligence is to be authorized news.”

The government has a right and obligation, of course, to protect its secrets, and it is perhaps understandable in the era of Wikileaks and Edward Snowden that government officials would manifest a certain zealousness in executing that right and in pursuing that obligation. However, the ramifications of the Clapper directive are worth pondering at a time when America’s security establishment is taking on more and more global activities that the American people only dimly understand—and about which they seem more and more concerned. What kind of government seeks to maintain near-total control over the news that emanates from it?

Perhaps it would be alarmist to suggest such a government is heading inevitably toward increasing authoritarianism. But this is the kind of thing we see in authoritarian regimes that don’t want to deal with the kinds of messy challenges that come with a free and unfettered press.

What’s interesting about the Stewart Alsop episode was the extent to which many of the players in the drama appreciated the presence and necessity of their civic adversaries. True, Hoover relished the idea of undermining the Alsops, largely because he felt their views on civil liberties pitted them against his cherished bureau. But generally the players on all sides appreciated the others. The brothers never questioned the government’s prerogative to investigate them in the matter of this particular column. And the FBI agents on the case generally accepted the brothers’ journalistic role as being part of the American fabric, and probably a necessary one. In the end, the equilibrium of this mutual appreciation proved more important than the necessity of finding the culprit (or, more likely, culprits) who leaked the information.

In other words, while Stewart’s scoop probably never should have materialized, the powers that be felt a certain restraint in going after that transgression. The role of the press was understood to be too vital to mess with too zealously. They understood the American compact required them to accept a certain amount of this kind of thing, to work around it with philosophical regard. Besides, the reality that secrets could tumble out generated a certain caution and prudence in conducting the people’s business, and that was considered not altogether bad.

That kind of equilibrium seems hardly in evidence now, and so we have the Clapper directive. In itself, it may not signify anything ominous. But it moves the government that much closer to territory that would be truly dangerous in a society based on the idea of keeping governmental power in check.

Robert W. Merry is political editor ofThe National Interest and the author of books on American history and foreign policy. His most recent book is Where They Stand: The American Presidents in the Eyes of Voters and Historians.