The Clash between Trump and the Federal Reserve 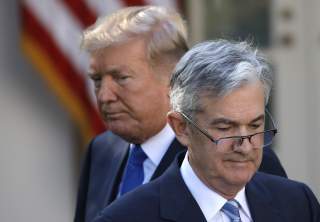 When it comes to the Federal Reserve, often called the Fed, President Trump is not a fan. Despite appointing the current Chair of the Federal Reserve, Jerome Powell, the President has consistently expressed his displeasure in the Fed continuing to raise interest rates. But recent the critiques went a bit further with reports of the President thinking about firing Powell.  While the legality of such an action can be debated, it cannot be overstated how disastrous that action would be to the U.S. financial markets and Main Street. Moreover, the President’s attacks on the Fed may have consequences regardless of whether a firing occurs.

There are the certain and obvious consequences of a firing for the financial markets. Money managers would not look kindly on a Fed whose policy was being controlled so obliquely, and asset prices would assuredly decline. Perhaps more worrisome is that asset prices would be unlikely to materially recover for a while, and it is this prolonged period of asset price depression—not that it would happen for certain—that should raise concern.

There are two primary reasons asset prices would stay lower for longer. The first is a lack of confidence in the independence of the Federal Reserve. The firing (or demotion) of the Chair Powell would directly call into question whether the Fed was independent. Central Bank independence is critical for policymaking and markets trusting that policymaking. Regardless of who was appointed to take Powell’s place, it would take years to undo the damage done to the credibility of the Federal Reserve’s monetary policy.

The second reason asset prices would remain under pressure is the loose policy path that would be taken. Ostensibly, the firing of Powell would be due to the decision to raise interest rates. And the task of anyone nominated in his place would be to undo the perceived damage to the economy. Oddly, markets would welcome a pause in rate increases (and are likely to get one in the first half of 2019) but would fret if cuts came from a new Fed chair or as a response to turmoil following Powell’s dismissal. The signal would be not be perceived as related to the U.S. economic outlook or the dual mandate and more about the election cycle.

Sometimes what is bad for Wall Street is not bad for Main Street. But when it comes to the theoretical firing of Powell, there would be few, if any, places to hide. Main Street would be buffeted by uncertainty surrounding the economy, and the resulting tighter and stricter standards for lending by banks. Small businesses would likely find it particularly difficult to borrow. The manufacturing sector is particularly capital intensive and could be hit directly by tighter lending, complicating the manufacturing push from the administration.

Other potential side-effects of a Fed firing include impacts on start-ups that rely heavily on investors and financial markets for capital to expand and finance operations. With an unpredictable and chaotic Fed policy, investors may begin to pull back their incremental investments. This would create a headwind to employment and further exacerbate the economic turmoil.

The turmoil out of the Fed would leave few untouched. And there are already a number of consequences to the pressure being exerted on the Fed from the White House. Even these will take time to heal.

The most consequential is that a pause in raising interest rates (which the data and the growth outlook warrant) could be unduly cited as evidence of giving in to political pressure. Even with a pause being the most logical path forward for the Fed, the perception of the action could do more harm than good. And that is the most frustrating part of the current executive branch rhetoric. There is a decent chance that the proper Fed policy cannot be made due to the need to establish and reiterate independence.

Would pausing interest rate increases due to weakness in the data do more good than the harm of appearing to be partisan? It is a difficult question to answer, and a question the Fed has rarely grappled with in the modern era. In the end, the rhetoric from President Trump may have already caused the Fed to alter policy in the exact way he wishes to avoid.

The Fed’s independence matters—not simply for Wall Street but also for Main Street. The Fed’s desire to reiterate its independence could cause it to raise rates further than it otherwise would have. That could and will do some real damage to the U.S. economy. But not as much as firing Powell and calling into question the legitimacy of the Federal Reserve.