A Clean Energy Strategy for the Indo-Pacific 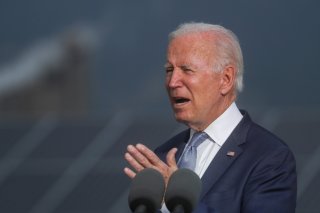 How societies and energy systems develop in the Indo-Pacific region will be critical to global efforts to deploy clean energy and reduce energy-related greenhouse gas emissions. Active engagement by the United States in building frameworks to support and accelerate clean energy projects—as a leader, an organizer, and a facilitator—can contribute significantly to success while advancing wider American objectives at a time of growing geopolitical competition. Regional frameworks are valuable tools in any such effort.

Energy resources, technologies, and systems are geopolitically significant because they include infrastructure that is critical to security and to modern economies. As a result, energy resources, technologies, and systems can create strategic opportunities or vulnerabilities. New energy technologies accentuate this by reshaping energy systems; governments and corporations are scrambling to win leading positions in the future global energy economy. That they can only guess at its contours only further increases their uncertainty. Questions surrounding the future geopolitical order and possible conflicts between the United States and China, Russia, or both, only add to this.

These parallel dynamics—as both governments and companies work to ensure their survival and prosperity—can prompt close cooperation as well as bitter struggles. For example, while the Biden administration and congressional Democrats likely intended the Inflation Reduction Act’s electric vehicle tax credit (which privileges domestic manufacturing) to reduce dependence on China, South Korean officials have said that it discriminates against Hyundai.

This is not the only challenge to U.S. policymakers. The tradeoffs between clean, cheap, reliable, and secure energy create complex dilemmas that each government will address differently based on its circumstances and on national and social priorities. Few capitals will settle on approaches identical to Washington’s policy. Indeed, the United States itself is unlikely to maintain a continuous and unchanging policy, in that political differences surrounding energy and climate issues have produced frequent and sometimes major policy changes.

Some characteristics of the Indo-Pacific region add to these difficulties. Among the most notable are these:

-It is geographically dispersed;

-Its governments have varied institutional capacity;

-Its economies illustrate disparities between the world’s wealthiest and poorest;

-Its energy systems depend heavily on coal and on imported fossil fuels;

-Its greenhouse gas emissions are large and growing.

Considering the United States and U.S. policy, some appreciation of history is useful. Few recall the U.S. Senate’s 1997 Byrd-Hagel Resolution, and the forces that produced it are thus underappreciated. Approved with a 95-0 vote—and with support from then-Senators Joe Biden and John Kerry—the resolution expressed the Senate’s objection to any international climate agreement that did not include commitments by developing countries and that would produce “serious harm” to America’s economy.

These two concerns remain central objections to policies promoting clean energy within the United States. They have shaped foreign policy too, stimulating the George W. Bush administration’s Asia-Pacific Partnership on Clean Development and Climate (an effort to reduce the costs of clean energy and to accelerate its deployment in China and India) as well as the Paris Agreement’s voluntary structure and the Obama administration’s decision to avoid seeking Senate ratification.

Australia, India, Japan, and South Korea are core partners for the United States in the Indo-Pacific region. Australia, Japan, and South Korea are key allies, while India is an increasingly close partner. Each is also among America’s top ten goods trade partners and top fifteen services trade partners. And each has an important role in clean energy in the Indo-Pacific, whether as a major energy exporter (Australia), leading high-tech manufacturers (Japan and South Korea), or a large developing economy working to transform its energy sector (India). All have central roles to play in building the Indo-Pacific region’s future energy systems.

Looking ahead, the Biden administration’s Indo-Pacific Economic Framework for Prosperity (IPEF) initiative could contribute substantially to a regional clean energy framework through its Clean Economy pillar. However, IPEF has significant limitations due to its narrow scope, limited appeal, and uncertain future. The Biden administration can address these challenges by changing its approach:

Third, link IPEF more closely to U.S. development efforts in the Indo-Pacific region, perhaps by framing IPEF as a development partnership and incorporating development assistance within the existing four pillars.

Fourth, engage deeply with the U.S. Congress, on a bipartisan basis, to seek support for IPEF as an important component of U.S. economic and political strategy in the region.

Fifth, explore a clean energy or clean technology trade agreement within or outside IPEF.

Sixth, pursue complementary frameworks that reinforce IPEF. Within the region, some of the most promising frameworks for clean energy development include U.S.-Japan–South Korea trilateral talks and “Quad-Plus” arrangements that incorporate South Korea, with its leading high-tech economy, and other interested governments.

Seventh, strive to connect Indo-Pacific frameworks to other frameworks including U.S. allies and partners, e.g., the Group of Seven (G7) and the European Union.

With additional effort, the United States can help to establish lasting and effective tools to accelerate clean energy deployment in the Indo-Pacific region and to serve wider U.S. political and economic interests.

This article is an excerpt from the report “Toward an Indo-Pacific Clean Energy Framework” by the Energy Innovation Reform Project.