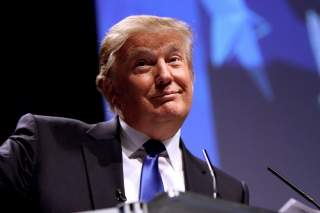 Somewhere in the sprawling three-hour, eleven-candidate Republican presidential debate on CNN last night there was a serious debate between serious people. But to find it, you would have to program your TiVo to clip out all the appearances by Donald Trump and Mike Huckabee, as well as two-thirds of all the other candidates’ airtime. What the debate demonstrated most of all was how active a role media organizations like CNN have played in shaping the Republican race.

As Fox News had done in August, CNN divided the Republican field into two debates, with more candidates in the top tier than the lower one. This had the effect of making the “kiddie table” debate more substantive than the main event. Rick Santorum, Lindsey Graham, Bobby Jindal, and George Pataki may have no hope of winning their party’s nomination, but between them distinct philosophies of government emerged. Jindal played the angry outsider, calling for the “nuclear option”—discarding Senate protocol to disallow a filibuster—to stop the Iran deal. Graham, between refrains of vowing to send U.S. ground troops to Syria, accepted his role as the experienced Washington insider to insist that Jindal’s theatrics couldn’t change the legislative reality, which was that opponents of the deal didn’t have the votes to override a veto.

Santorum emphasized his own Senate record on Iran sanctions and immigration restriction and sparred with Lindsey Graham on the latter point. Santorum also spoke up in support of the minimum wage and sounded notes of economic nationalism throughout his remarks. He’s far more policy-minded than Mike Huckabee or Ben Carson—or arguably Ted Cruz—but his poll numbers have lagged and he earns no media buzz, except when he’s the butt of ridicule. (Pataki doesn’t even get that.)

How different the story is for Carly Fiorina, who graduated from the Fox News undercard to CNN’s main event. In the company of the top contenders last night, she dazzled pundits as much as she had last month among the also-rans. She was aggressive, particularly in criticizing Hillary Clinton and returning fire at Donald Trump. But she was distinctive as much for who she was as what she said, the sole woman in a lineup otherwise composed almost entirely of white men in dark suits.

She’s not a token—she’s no less qualified for the nomination than Trump or Ben Carson is. But like them, she’s never held office, and her popularity cannot be explained just by invoking her vaunted status as an “outsider.” She, Carson, and Trump are not outsiders, they’re celebrities, and they’re competing with uninspiring pols like Scott Walker and Jeb Bush not as fellow election-winners and policy-makers, or even would-be election-winners and policy-makers, but as people who are interesting on TV. Fiorina is more articulate than Trump or Carson, to be sure, but her policy positions on the Iran deal or defunding Planned Parenthood are little different from those of Rick Santorum or Lindsey Graham. She just looks different and delivers her lines better—but that counts for more than Graham’s experience or Santorum’s heterodox economics.

Fiorina, Trump, and Carson are not the only celebrities in the race, of course: by now Mike Huckabee is less a politician than a minor radio and TV star. Ted Cruz’s Senate career is better known for his stunts and outbursts than any legislative achievement. And then there’s Rand Paul: almost as big a surprise as Trump’s boom has been Paul’s bust. His momentum has simply vanished as voters have discovered he’s not the celebrity they thought he was—it turns out he looks and sounds like an awkward, dry, actually pretty reasonable politician when he’s not Time’s cover star and being hyped as “Most Interesting Man in American Politics.”

He arguably was the most interesting policy mind on the stage last night: he highlighted his opposition to the Iraq War and reluctance to get America further involved in the Syrian civil war, and he became the focal point of the debate as he battled the other candidates over state-level marijuana legalization efforts like Colorado’s. His positions were hardly those of a lockstep libertarian, however. He supported, for example, Donald Trump’s contention that the original understanding of the Fourteenth Amendment did not entail birthright citizenship.

A serious discussion of foreign policy almost broke out at several points: early on John Kasich and Jeb Bush insisted that they would not tear up the Iran deal on day one of their hoped-for presidencies; and later not only Paul but Trump and Carson questioned the wisdom of the Iraq War. Hugh Hewitt, one of the moderators, asked Bush what kind of foreign policy he would craft when his advisors largely come from the ranks of his brother’s administration. Bush defended himself by noting that he was drawing on advisors with experience in recent Republican administrations—which, of course, happened to be Bush administrations.

Yet the sheer number of candidates—or contestants?—prevented any subject from being plumbed very deeply, and the hopefuls had little chance for sustained interaction with one another. CNN, like Fox, created a circus of sound bites by including so many candidates in the top tier. The network also trivialized the proceedings from the start by leading with a series of questions not about policy but about the race itself, particularly Trump’s place within it. American politics has long included an element of showbiz, and sometimes that’s proved healthy. But the Republican event last night was less a debate between prospective national leaders than an excruciatingly extended episode of “The Celebrity Apprentice.”