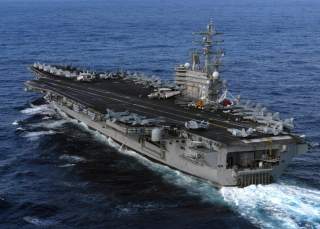 A new crisis in relations between China and Taiwan is likely in the coming months, one that will pose more acute difficulties than in the past for Taiwan’s benefactor, the United States. China is relatively stronger than Taiwan, less inhibited from behaving assertively, and more insistent on attaining its objectives—which include ruling Taiwan. The people of Taiwan, however, are showing signs of evolving toward permanent opposition to political unification with China. Reaffirming U.S. willingness to protect Taiwan from forced unification would put at risk America’s relationship with the world’s second most important country. Abandoning Taiwan to involuntary absorption, however, would signal to the region the end of Pax Americana.

The rapid increase in Cross-Strait economic ties following Taiwanese President Ma Ying-jeou’s election in 2008 initially had a pacifying effect on China-Taiwan relations because it gave Beijing confidence in a natural, peaceful progression toward unification. It now appears possible, however, that the pacification returns from economic integration might diminish rather than grow over time. On the Taiwanese side, deeper economic dependence on China is leading to proportionately stronger opposition from the Taiwan public towards China. On the Chinese side, stronger economic ties increase the disparity between economic ties on the one hand, and demands for political integration on the other. This raises the temperature of simmering Chinese frustration.

For several years, some Chinese analysts have worried that Taiwan intended to take advantage of the generous economic terms offered by the People’s Republic of China (PRC) while putting off political negotiations indefinitely. Their skepticism was justified. Economic integration and increased movement of people across the Strait will not necessarily lead to political integration. Taiwanese people may not prioritize an improved material standard of living over maintaining their civil liberties. Even if the sole concern is economic benefit, Taiwan arguably has an interest in delaying unification so as to wait for a point in time where China takes an economic loss and Taiwan profits disproportionately from their bilateral trade. Chinese magnanimity would likely decline after unification.

The likelihood of Taiwan voluntarily choosing unification with China is waning. Opinion polls show that Taiwan’s sense of a separate national identity from mainland China is increasing. While a great majority have long favored the status quo of de facto independence over immediate unification, a majority now oppose even eventual unification.

With the Chinese government already disappointed in the lack of movement towards resolving Taiwan-PRC political issues, progress toward cross-Strait economic integration stalled in the spring of 2014. As Taipei and Beijing moved toward enacting a Cross-Strait Trade in Services Agreement, a series of protests by students and other activists known as the Sunflower Movement not only blocked the agreement but ensured that future economic negotiations with China would be slower.

Taiwan will hold presidential and legislative elections in 2016. In this newly charged atmosphere, even candidates from Ma’s relatively China-friendly Kuomintang Party will need to commit to moving cautiously in making future economic agreements with China. That means slower progress on an area that Chinese see as only preliminary to their real objective: political negotiations. The opposition Democratic Progressive Party (DPP), fresh off gains in the municipal-level elections of November 2014, has a good chance of capturing the presidency in May 2016. Beijing would see such a government as “separatist,” instantly intensifying Chinese fears that Taiwan is slipping away and that dramatic PRC counteraction is necessary.

Because of the “rise” of China narrative, the Chinese increasingly expect wins in their disagreements with other governments. The Chinese leadership under Xi Jinping now appears less constrained than before by the need to appear accommodating. It’s not that Beijing has decided to be more aggressive. Rather, Chinese leaders have decided that China has reached a level of global influence where the gains from asserting Chinese preferences outweigh the costs. Triumphalism has pushed to the sidelines the Deng Xiaoping Doctrine that advocated keeping a low profile and avoiding friction with adversaries. A result of this is impatience in China’s cross-Strait policy. Many Chinese elites are unsatisfied with the results of the soft policy of trust-building and increased economic ties as means of greasing the tracks for eventual political union. The perception in China of a lack of progress toward unification could be a particular problem for Xi, who has promised that Taiwan’s de facto independence cannot continue “from generation to generation.” Failing to deliver on Taiwan could create a vulnerability for Xi that his enemies would be quick to exploit. This could impel Xi to demand that Taipei open political negotiations, leading to a quick rebuff and humiliation for Xi.

A new Taiwan Strait crisis would create a daunting dilemma for Washington. The cost to the United States of a policy of defending Taiwan has increased. But the cost of a decision not to defend Taiwan has risen as well.

China under Xi Jinping exhibits improved military strength combined with a tougher stance on territorial issues. Low-casualty American intervention in a Taiwan Strait war is probably no longer possible. The Chinese also believe they enjoy an asymmetry of commitment. Some PRC elites, especially People’s Liberation Army (PLA) officers, openly question whether the cash-strapped and war-weary United States would go to war with China over Taiwan, while pointing out that China would view such a war as a sacred crusade to preserve national territory.

Neither Taiwan’s own efforts nor U.S. security assistance has kept pace with China’s military buildup. Taiwan’s military budget is only about $10 billion annually, compared to China’s estimated $200 billion. As early as a decade ago, the U.S. Department of Defense’s annual report to Congress on China’s military began saying that a successful PLA invasion of Taiwan is risky but possible.

As difficult as defending Taiwan from Chinese attack would be, shrinking from Taiwan’s defense would seriously endanger America’s agenda in the Asia-Pacific region. A U.S.-China showdown over Taiwan would be an early and possibly decisive battle in the grand contest over the rules of international affairs in the Asia-Pacific region. For decades, the United States has supported a liberal regional order premised on the principles of expanding free trade, promoting democracy, respecting civil liberties, holding national leaders responsible for egregious governance failures, bringing state behavior into compliance with modern international law, and resolving political disputes through peaceful negotiation rather than coercion.

By contrast, China extolls non-intervention in other countries’ domestic affairs; what dictators do in their own houses is no one else’s business. At the same time, however, Beijing takes an extraordinarily expansive view of its own proprietary interests. In its sweeping and vague claims to disputed territory in the South China Sea, Chinese authorities take the position that historical rights supersede modern international law, which the Chinese see as largely written by upstart Western governments with little or no Chinese input. China is the claimant that has most frequently relied on the threat and use of force in asserting its claims, essentially a might-makes-right approach that exploits China’s ability to send out greater numbers of armed vessels than its adversaries. The Chinese also demanded veto power over U.S.-South Korea naval exercises in the Yellow Sea after two lethal North Korean attacks on South Korea in 2010. In 2004, South Koreans were outraged to discover a Chinese government web site implying Chinese ownership over the northern part of the Korean Peninsula. In 2012-13, government-connected Chinese academics and retired officials questioned Japanese sovereignty over the Ryukyu Islands, including Okinawa.

A PRC attempt to force unification upon Taiwan would constitute a challenge by the backward-looking China-centered regional order against the modern regional order based on liberal principles. According to modern international norms, Taiwan’s residents should hold the right to determine the island’s sovereignty status. The clear majority of Taiwanese say that they do not want to be ruled by the Chinese Communist Party (CCP) government. This regime never ruled Taiwan, which the Republic of China government has presided over since the end of World War II (during which Taiwan was occupied by Japan). The premise of Beijing’s approach, however, is that since the island is part of “China,” the CCP owns it regardless of the wishes of Taiwan’s inhabitants. The Chinese often raise the objection that Americans are hypocritical in criticizing China’s Taiwan policy because the U.S. Civil War was similarly a use of force by the central government to prevent separatism. That, however, was a 19th century approach that is not legitimate in the 21st century. When similar questions arise today in the West, such as in Scotland or Quebec, they are settled by voting rather than fighting.

Several considerations should help resolve this U.S. dilemma. First, conceding Taiwan to a Chinese sphere of influence would not buy peace with China. Rather, the Chinese would interpret such an American action as the beginning of a withdrawal of the United States from the Asia-Pacific region, and would expect American resistance in other areas of U.S.-China disagreement to diminish accordingly.