Coming to a War Near You: Hypersonic Weapons 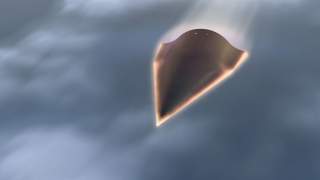 There is a great deal of talk about hypersonic weapons and their possible impact on the battlefield. Some consider them the ultimate weapon of war, others feel they are merely an evolutionary development along a predictable track.

So just how dangerous could these weapons become in the future? Who is developing them? Would America be able to defend against them? To get some answers, I put these questions to Center for Strategic and Budgetary Assessments senior fellows Bryan Clark and Mark Gunzinger.

Kazianis: Hypersonic weapons are all the rage in defense circles these days—a recent article in Politico seems to suggest as much. Which country would you say at this point is furthest along in its research on deploying an actual usable hypersonic weapon? What are the potential bottlenecks in such advanced R&D?

There are few real technical bottlenecks at this point. The biggest technical challenge is the fact you essentially need two different motors to power the missile: one to get the missile up to supersonic speeds (> Mach 1, or about 750 mph), and another to then take the missile up to hypersonic speeds (> Mach 5, or about 3,750 mph). The kinds of motors that work at lower speeds, such as turbojets and turbofans, will not work at higher speeds, which require scramjet or ramjet motors. Conversely, the higher-speed motors don't work at lower speeds. This can increase the cost of the weapon significantly, because you need to boost the missile to high speed and then use a scramjet or ramjet to attain and maintain hypersonic speeds.

The latter weapon could be far less expensive than a surface-launched weapon. Some U.S. manufacturers are looking at reducing the cost of air-launched hypersonic weapons by using inexpensive rocket boosters (see below) to accelerate it to high speeds, and using additive manufacturing ("3-D printing") to build the hypersonic ramjet/scramjet motor. Additive manufacturing enables them to produce the motor less expensively because it eliminates the need for extensive machining to create the motor’s combustion chambers and fuel systems.

Kazianis: How likely is it in your view that hypersonics will be used in the delivery systems of nuclear weapons? Do you think they will change U.S. or other nations’ nuclear weapons strategies in the years ahead?

Clark & Gunzinger: A nuclear hypersonic "boost-glide" weapon is probably not going to be more effective than a nuclear ballistic missile with maneuvering, multiple independent reentry vehicles (MIRV), which use technologies that have been around for decades. The U.S. Pershing II theater ballistic missile from the Cold War had a maneuvering warhead, and MIRVs date from around the same time.

Kazianis: How difficult would it be to defend against an attack by hypersonic weapons? Do you see our current missile-defense platforms being effective against such weapons? Could they be used as part of combined saturation strikes along with cruise and ballistic missiles to multiply their impact?

Clark & Gunzinger: It is very difficult to defend against hypersonic weapons using our traditional "layered" approach. Since they are going very fast, it will be hard for area air-defense interceptors such as the Navy SM-6 or Army PAC-2 / PAC-3 to catch them unless they are launched from the target's location. Because they travel so fast, an electronic warfare effect may not cause them to fail or go off-course soon enough for the missile to miss its target. The best defenses against them will likely be high-capacity point defenses such as Rolling Airframe Missile, CIWS and possibly rail guns that are co-located with a target.

Hypersonic weapons could be used in conjunction with less-expensive weapons in a "tunneling" attack to increase the survivability of all the attacking weapons. Highly survivable hypersonic weapons could be used to help know-out sensors and defensive weapons that threaten a U.S. PGM salvo. Less-expensive munitions, such as SDBs or MALD decoys, could consume a defender's attention and compel him to waste his interceptors, creating a window in time and space for other PGMs to get a clean shot at defended targets.

Kazianis: In what ways do you see China using or not using hypersonic weapons in their much-discussed anti-access/area-denial strategies?

Clark & Gunzinger: China will likely employ hypersonic weapons as part of their A2/AD strategies, but in limited ways. While "boost-glide" weapons will have long ranges and be highly survivable, but they will also be very expensive. China could use them as a "silver bullet" weapon to hit high-value targets, or do so in conjunction with less-expensive weapons that reduce the defender's capacity first.

When they develop them, China will likely also employ air-launched hypersonic weapons to attack U.S. and allied bases with a high probability of being able to circumvent U.S. defenses. U.S. forces will have to think about how they will use point defenses to protect high-value targets.

Kazianis: Finally, looking out ten to twenty years into the future, do you see hypersonic weapons being a truly game-changing weapon? Or just the normal evolution of precision strike weapons?

Clark & Gunzinger: We think hypersonics are an evolutionary improvement, rather than a revolutionary one. They are faster, and more survivable, but have limited payload, less maneuverability and less-sophisticated sensors and logic (because of their speed).

Many people have talked about the quicker time on target achievable with hypersonic weapons. This may be useful in some very limited situations, such as attacking a missile launcher after it launches but before it relocates. This still requires surveillance to provide a target and a launch platform close enough to support the engagement. With regard to a high-value target (like a terrorist leader) it is unlikely our command and control cycle will be able to exploit their speed to hit the target before it moves on.