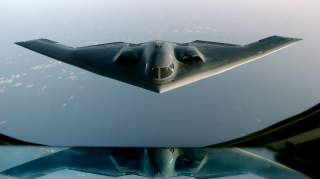 Kim Jong-un achieved a master stroke through his Olympic diplomacy. After successfully inviting himself to the Olympics without completing any of the Initial Operational Capability requirements for participation, he skillfully exploited the celebrity-besotted with the deployment of his sister Kim Yo-jong along with a massive Stepford-like cheerleader force to Seoul. Her travelling companion, the general responsible for the 2010 sinking of the ROK corvette Cheonan with a loss of forty-six lives and the subsequent fatal shelling of Yeonpyeongdo Island, garnered much less coverage than her enigmatic visage in the VIP stand.

Another master stroke was the invitation extended to President Moon to visit Pyongyang for talks. North Korea, the author of frequent deadly provocations against South Korea and a deadly VX nerve gas attack in the Kuala Lumpur airport, the proud owner of very aggressive missile- and nuclear-weapons-development programs, and the warden of a vast national gulag, somehow convinced observers around the world that they were interested in peace. Breathless commentators call this a “new chapter.” Perhaps an apt metaphor is the movie Groundhog Day. We’ve been trying to restrain North Korea’s nuclear-weapons program since at least 1994 when they made it obvious to us. Our options menu features preemptive attack, negotiations, agreements and sanctions. It’s not enough.

President Moon of the Republic of Korea has a divided electorate. The younger generations are far less enthusiastic about unification, the older generations much more so. All worry about U.S. unilateral action. Rumors of preventive war and preemptive attack by the United States create worries among our allies of abandonment and entanglement in the absence of convincing leadership and compelling strategies. Kim is skillfully exploiting all these fissures. A “Korean summit” looks to be on the cards for April. Kim promises not to test weapons or missiles while the talks are active. This gives him the initiative and makes his negotiating partner or partners supplicants. If we don’t keep him happy, then he will walk out of the talks, and the provocation-response cycle starts again from a higher level of North Korean capability—and a higher level of doubt among our allies and friends. Where do we go from here?

History affects actions today. Since 1994, when North Korea made its nuclear program manifest, we pressured and engaged with North Korea to restrain their weapons programs. In 1994 a preemptive attack was immediately on the table. It remains the first response considered to answer North Korean tests. These tests often seem timed to interrupt our political cycle. That timing allows the Kim family to test new officeholders when we are getting reorganized.

After some time, preemptive attack loses favor as the threat of collateral damage to our allies becomes obvious. Negotiations, aid agreements, even the provision of light water nuclear reactors have been tried, only to find North Korea cheating. A final option chosen has always been sanctions, always with the promise that “this time they will bite.” But we have never applied the required energy, forces, resources and attention needed for success.

There are reasons sanctions fail. The awkwardness of disturbing the financial interests of others profiting from North Korea’s family business is one thing. We salve our doubts by saying we have other relationships at stake. Another is the conundrum that truly effective sanctions threaten regime stability by destroying the standard of living enjoyed by the million or so core supporters of the Kim regime. Keeping the “family” happy is a requirement—even dictators need to keep the “base” satisfied. Lately these “bases” are doing well in Asia and elsewhere. Authoritarianism is very much on the rise, perhaps taking advantage of liberal democracy’s retreat, or at the least taking advantage of the lack of attention and action.

North Korean nuclear weapons are one thing, but not the worst thing. Worse is allowing North Korea to damage our alliances and destroy the foundation for our policy, strategy and presence in Asia. This would mean the end of the postwar liberal order and global operating system that did so much to end the Cold War—despite its many “hot” campaigns—without yet another twentieth-century great-power conflict. This same order and system energized the rapid rise of Asia’s incredible economy and lifted hundreds of millions from poverty to improved standards of living.

We won the Cold War through providing this better global operating system (now under threat), strong deterrence, and vigorous diplomacy to create and maintain a system of allies and friends. Our new National Security Strategy and National Defense Strategy recognize the emergence of great-power competition. This is the same framework—robust diplomatic and economic containment backed by strong, allied deterrence—that is needed to contain this latest threat.

Deterring North Korean coercion is necessary for the “Free and Open Indo-Pacific” called for in our new national strategies. We must be able to accept some risk, but the risks of our other available alternatives—remaining passive or launching a preventive war—are greater. The really big things here are strengthening our alliances and meeting the challenge of rising Chinese power and ambition.

There is a number of active measures we can take. Sanctions will never be perfect, but just as naval blockades from decades past, they don’t have to be 100 percent effective to work. They have to raise the cost to North Korea. A collapse of the central government authority in North Korea will have dire consequences. We can’t favor “effective sanctions” and oppose regime change at the same time. But we can state that we oppose forcible regime change.

Our regional missile and air defenses and those of our allies must be enhanced immediately. New technologies must be moved from the lab to deployment as a high priority. Maintaining the confidence of the Koreans and the Japanese in our collective ability to protect them is most important. Declaring a new capability that will be operational after only four more years is not an effective deterrent now. Overall, combined allied and U.S. military capabilities must be reinforced by developing the ability to integrate maneuver, fires and effects among all allied forces—fighting as one force and not multiple forces in coordination or cooperation. This means some command-and-control equipment changes. More important, it requires vigorous, continuous exercises and training among allies.

Eyes on the prize, please. North Korea is a part of the challenge, but not the main part. The prize is the system created by our second set of founding fathers, those “Present at the Creation” of the post–World War II order. We will prevail only with our allies and friends.

Image: A B-2 Spirit proceeds to an undisclosed location after flying a mission over Iraq, March 27, 2003. A U.S. B-2 bomber on Friday dropped two earth-shattering 4,600-pound (2,086 kg) "bunker-buster" bombs on a downtown Baghdad communications tower, defense officials said. it was the first use of the big bombs in a week-long pounding of the Iraqi capital. U.S.-led jets and ships have used more than 5,000 bombs and missiles against Baghdad and across Iraq in a war to depose President Saddam Hussein. REUTERS/Cherie A. Thurlby/U.S. Air Force