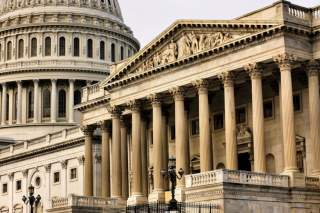 With his customary nuance, Donald Trump recently called the Trans-Pacific Partnership (TPP) a “terrible deal” under which important Pacific Rim trade partners will “dupe” the United States. If the tone of Trump’s comments wasn’t surprising, his opposition to TPP should be. Trade agreements traditionally receive strong support from Republicans. Yet Trump’s comments placed him in the same camp as Bernie Sanders, who also called TPP a “disaster.”

Trump’s stance is not just another idiosyncratic position at odds with his nominal party. Rather it reflects the new populism at work inside the GOP. Other Republican presidential contenders, including Rand Paul, Ted Cruz and Mike Huckabee, have expressed skepticism about TPP as well.

The new tensions within the Republican Party were evident in the recent votes to extend President Obama’s fast-track authority, a key obstacle to concluding the TPP negotiations. All of the eleven free trade agreements on which Congress has voted since 2001 enjoyed the near-unanimous support of House Republicans, who backed ratification more than 91 percent of the time. However, fifty of them (or 20 percent of the GOP House Conference) opposed fast-track authority this summer. This is a historically unprecedented number. In addition, nearly half of the Republican opposition came from the Tea Party–inspired Freedom Caucus faction, which provided twenty-two of the “no” votes.

The GOP’s unambiguous status as the party of free trade is now in question. Some of the opposition to trade liberalization might be chalked up to conservative opposition to anything associated with President Obama (since fast-track authority gives the president the power to negotiate trade agreements that Congress cannot amend, but only accept or reject). But that view overlooks larger, longer-term trends.

A better explanation of Republican shifts is the changing nature of the party’s underlying coalitions. As the Republican Party has increased its share of the white vote, it has taken in more working-class voters, especially in rural and small-town America. And some of those voters are skeptical of trade, reflecting a populist notion that such deals benefit corporations and wealthy individuals but shortchange working stiffs.

Between 1980 and 2000, the number of working class white Americans identifying themselves as Democrats fell from 60 percent to about 40 percent. And in the last three presidential elections, whites with less than a four-year college degree favored the Republican candidate over the Democratic one by roughly 20 percentage points. Consequently, in 2004, Bush defeated John Kerry among white men by 25 points. Obama did better with white men in 2008—losing to McCain by only 16 points—but the large gap returned in 2012 when Mitt Romney defeated Obama by 27 points.

Furthermore, working-class white men are increasingly disconnected from the labor movement, which helps explain their movement into the Republican column. The share of male union members has dropped almost 25 percent since 1976. As the labor movement has come to be dominated by public employees—who are more likely to be women, racial minorities and those with college degrees—the labor movement is less reflective of white men with less education and fewer skills. But just because they’ve left the fold of the most consistently anti–free trade element of American politics, doesn’t mean those voters have entirely surrendered their populist economic views.

The white working class is now a key slice of the GOP electorate. In fact, it has helped replace the party’s losses among upper-class professionals, who used to be rock-solid Republicans. For instance, in 2008, the vote among those making more than $100,000 a year was nearly evenly split between the parties’ presidential candidates. Democrats, who consider themselves the party of the people, must now admit that many of them too bear the burden of affluence.

Republicans today must pay greater heed to downscale voters than they have in the past. In the present situation, party tacticians must navigate between the new populists in their midst and their traditional supporters among the business community.

The Republican Party’s current internal problem is similar to the one the Democrats have long grappled with. Skepticism about trade is common parlance among Democrats. On the campaign trail in 2008, then Senator Obama promised to renegotiate NAFTA and to oppose President George W. Bush’s agreements with Colombia, Korea and Panama. But Obama became an advocate for free trade once in the White House.

In addition, Democrats are often the key swing votes in Congress that help get free trade deals passed. The House extended fast-track authority for President Obama on June 18, 2015 by a vote of 218–208, only because twenty-eight Democrats crossed the aisle to support the bill. Furthermore, Democratic House members voted in favor of the most recent eleven trade agreements more than one-third (36.5 percent) of the time. Indeed, eight of those eleven FTAs were passed with either bi- or cross-partisan support.

Charges of Democratic hypocrisy on trade issues aren’t entirely unfounded. The party has long benefited from an alliance with labor unions—the most vocal opponents of free trade—but has also made inroads with upper-class professionals, many of whom either stand to benefit from globalization or are persuaded by the idea of comparative advantage. Bill Clinton’s support for NAFTA and simultaneous courtship of upscale suburbanites first reflected his party’s changing dynamics in the 1990s.

Consequently, Democratic strategists today must find ways to thread the needle between the competing elements of the party’s coalition. It is not surprising that Hillary Clinton was for TPP (“the gold standard of trade agreements”) before she was against it (“the bar is very high and… I don’t believe this agreement has met it”).

Looking ahead, both of our political parties now confront forces in their ranks that push in opposite directions when it comes to free trade. Paul Ryan, the new House Speaker, will confront this problem head-on whenever he schedules a vote on TPP.

In the longer term, the GOP may lose its clear status as the champion of free trade. But the Democrats certainly won’t take up that mantle. The public will likely be confused and dissatisfied by the new coalitions needed to enact future trade deals. That doesn’t bode well for the U.S.’ role as one of the world’s primary promoters of free trade.

Daniel DiSalvo is an Associate Professor of Political Science in the Colin Powell School at the City College of New York and a Senior Fellow at the Manhattan Institute. He is the author of Engines of Change: Party Factions in American Politics (Oxford).

Jeffrey Kucik is an Assistant Professor of Political Science and Director of the International Relations Master’s Program in the Colin Powell School at the City College of New York-CUNY.