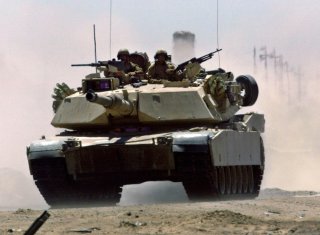 Formal statements. Members can use floor statements, press releases, hearing statements, and other opportunities to shape policy and the debate within which it is crafted. Such commentary can be influential in driving both local and national media coverage of foreign policy issues. To cite one prominent example, media coverage of the decision to intervene in Iraq rose significantly around the October 2002 authorization debate and dropped precipitously just after the vote, despite continued controversies and even as war grew nearer.

Public speaking. Similar dynamics attend outside speeches at think tanks, universities, advocacy groups, and other organizations—with the potential added bonus of broader elite engagement and wider, non-congressional media attention. Senator McCain’s remarks in 2003 at the Council on Foreign Relations, for instance, in which he expressed support for a troop surge in Iraq, earned him an immediate invitation to the Pentagon to meet with Secretary Donald Rumsfeld.

Media engagement. Whether in op-eds or interviews, members of Congress act as quasi-forward correspondents in Washington for local media and elite signalers in national media. Scholars of political communications like Kriner observe that reporters often “take cues from Congress when establishing the content and scope of foreign policy coverage. Rather than forming independent judgments, journalists turn to other political elites, most frequently senators and representatives, to evaluate White House arguments on behalf of military deployments.” Arguments for or against particular policies in local media coverage tend to reflect the ideas highlighted in current congressional debate.

Letters to leaders. While the majority of letters to the president, federal agencies, or foreign leaders are fielded by legislative affairs staff several tiers removed from decisionmakers, this is not always the case. A well-timed, compelling letter from a key member of Congress can help sway approaches in the executive branch and even inform foreign governments or incentivize them to change policy.

Committee and member reports. House and Senate committees, and even individual members, have researched particular decision points or policy questions and published the results. These reports can affect executive branch decisionmaking, even if (or perhaps especially when) developed with the quiet cooperation of sympathetic administration officials.

Report language. Report language conveys the intent of Congress or of the committee that marked up a particular bill, offering specific guidance, interpretations, or even restrictions on policy or appropriations. The nonbinding committee reports that accompany legislation draw influence from the committee’s relationship with a given agency—and the attendant fear in agencies that nonbinding report language this year, if ignored, will become mandatory statute next year. Members and staffers have been known deliberately to exacerbate this anxiety so as to ensure executive branch attention and drive potential policy changes.

Meetings with foreign officials. Both in Washington and abroad, members of Congress represent a key constituency for a wide variety of foreign officials, and their ideas are often considered closely, especially but not exclusively by leaders who rely on congressional appropriations.

TOOLS SUCH as those enumerated here would become more effective by strengthening the foundations of congressional oversight. Several landmark studies over the past decade have highlighted the need to address congressional capacity, usually by recommending a spending and hiring spree to make up the gap in expertise. The routine measures of congressional capacity—personal and committee staff—have declined over the years, as has the staff of nonpartisan support agencies like the Congressional Research Service (cut by 29 percent since 1985), the Government Accountability Office (41 percent), and the Office of Technology Assessment (eliminated). While a trained, expert, and empowered staff is vital, Congress can also take steps to extend its current capacity within its present resources. Some experts recommend the logically attractive but politically difficult work of streamlining committee jurisdictions; a less challenging step would establish a more collegial division of labor between national security committees and personal staffs. Such efforts should include setting expectations for joint briefings, more freely sharing information, and widening the audience for mandatory reporting related to military operations and security matters. Others have recommended wider access to Top Secret/Sensitive Compartmented Information clearances for members’ personal staffs to enhance their roles in the oversight process.

Perhaps most important is the need to build trust and strengthen relationships between members, their staffs, and the agencies they oversee. Here, the most important actor is not necessarily Capitol Hill, though it can be. A great deal of oversight activity presumes a low trust, adversarial environment between the legislative and executive branches, but there are also models wherein trust and transparency drive a collaborative oversight relationship. In interviews with the authors, several Department of Defense staffers cited this dynamic as highly preferred, but also noted specific barriers to it. Substantive policy staff are not trained or encouraged to connect with their Hill counterparts, and are not taught that oversight is a relationship rather than a series of one-sided demands and critiques. Career and military officials should be encouraged to form relationships with their Hill counterparts and include them in their office orientations, just as interagency counterparts may be. Likewise, they should receive full training on committee portfolios and jurisdiction and the benefits of productive oversight.

LONGTIME PRACTITIONERS of the legislative arts know that the toolkit described here provides only a starting point for influencing use-of-force decisions. They also understand that the success of any effort turns not just on which tools are used, but also on how they are employed.

Building congressional coalitions can prove particularly effective. The executive branch pays attention to groups of members that are hard to ignore. A number of factors play into considerations here, including party affiliation, committee assignments, seniority, media profile, and executive branch relationships. The press and public will pay attention to counterintuitive coalitions—a union of liberal Democrats and conservative Republicans on a particular issue, for example, or a group of members attempting to defy a president from their party. Rarely is any member best off working in isolation.

The tools described here do not, of course, comprise the full panoply of options available to members. More ruthless courses of action exist, including placing holds on executive branch nominees (either because of objections to the nominee or as a hostage-taking exercise, aimed at forcing some policy movement); holding up a process that is important to the White House or an executive agency; leaking unclassified but inside information to the press or advocacy groups; linking consent on some unrelated measure to requested information or a particular policy outcome; and conducting clandestine strategy conversations with sympathetic administration officials (including receiving insider information via unofficial channels).

These and other measures will often come into play as a member seeks to climb the escalatory ladder. A legislator wishing to influence policy might start “small” with, for example, routine and innocuous requests for information and suggestions for a change in course. If and when the executive branch disregards reasonable requests, the member might use such defiance to galvanize a wider coalition that is prepared to be more forceful. Indeed, one of the most effective mechanisms for spurring a more assertive and unified legislative branch is spotlighting the perception that the executive branch is being disrespectful to it. Such a group could then employ an array of higher-stakes tools in order to prompt a policy change.

On Capitol Hill, much of the current focus revolves around ending the “forever wars” in order to devote attention and resources to other worthy subjects, from great power competition to needs at home. Yet history strongly suggests that the United States will remain in the military intervention business in some form for the foreseeable future. With that reality comes the imperative to differentiate between wise and unwise contingencies, test prevailing assumptions, oversee ongoing operations, and constantly improve the ability of U.S. forces to attain national objectives. In all of this, Congress has a key, even vital, role to play—and by deploying its informal toolkit, it will better wage the policy battles that overlay the fights.

Richard Fontaine is chief executive officer of the Center for a New American Security in Washington, dc and served as former foreign policy advisor to Senator John McCain.

Loren DeJonge Schulman is an Adjunct Senior Fellow at the Center for a New American Security.