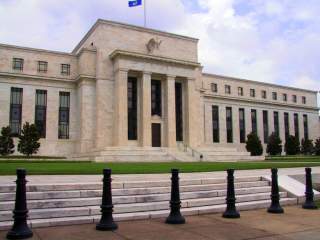 Contrary to its well established reputation, monetary policy has been anything but dull of late. The Federal Reserve has simultaneously been blamed for causing the financial crisis, and for being too interventionist to correct its mistakes. Some in Congress aim to curtail the excitement by requiring the Federal Reserve to adhere to a formula that will set the Fed’s key policy rate based on certain economic data points—a “policy rule.”

Legitimate reasons and concerns underlie the push toward an explicit rule for monetary policy. Extraordinary intervention during the financial crisis caused many to question the boundaries of the Fed’s emergency powers. More positively, it seems reasonable to assume that monetary policy might function and transmit to the economy more efficiently if the Fed is required to follow a predictable rule.

The proposed legislation, known as the Federal Reserve Accountability and Transparency Act (FRAT), has prominent backing and support. In testimony before a Congressional committee, John Taylor—arguably the godfather of the monetary policy rule—laid out his support for a systematic rule to guide Federal Reserve decision making.

This should surprise no one, since the proposed legislation also includes something called “The Taylor Rule” as a reference point for monetary policy. The definition of the policy rule incorporates the neutral interest rate, half of inflation minus the inflation target, half the output gap, and 2 percent—the inflation target. Taylor’s namesake aims to keep the Fed honest and ensure monetary policy is reasonable and prudent.

Part of the argument rests on the notion that monetary policy works best when there are clear goals, and the arbiters of policy are transparent about how—and why—they are making their decisions. This sounds good in theory, but there are complications in practice.

The Fed already provides targets for inflation and unemployment—the two sides of their dual mandate. And the targets have and will continue to change. Some members of the Federal Open Market Committee have suggested an increase in the target inflation rate above the standard 2 percent, and the unemployment rate target has declined as the economy improved. The economy evolves and the targets should, too. Sometimes these targets may need to move in politically unfavorable directions, and this could become a political firestorm.

U.S. monetary policy does not act in a vacuum. The U.S. dollar is central to global trade, and other central banks pay close attention to the dollar’s value relative to their local currencies. By explicitly stating its policy intentions and direction, the Fed tacitly allows the European Union, Bank of Japan and others to time their moves around the Fed’s, making it easier to achieve their mandates (which may or may not complicate the achievement of the Fed’s own mandate).

The Taylor Rule, and other mechanical monetary-policy tools, is useful for conducting ceteris paribus domestic policy. But when combined with explicit targets and more transparency, close adherence to a policy rule encourages cheating by others who are not so constrained, and complicates the ability of the bank to accomplish prudent policy without undue political influence.

Beyond the problems associated with following a FRAT-like measure, implementation and political understanding of a policy rule will also be difficult. For instance, the Fed will inevitably overshoot and undershoot inflation and unemployment. How much variance is acceptable? Will there be consequences for missing these targets?

According to the FRAT, the Fed will be allowed to designate a “directive” rule to articulate to the public. If the Fed’s rule deviates from the prescriptions of the Taylor Rule, the Fed will have to explain and justify the differential. What if the Taylor Rule would have failed to achieve the desired policy outcome? Would the reference rate be reviewed?

Creating a rules-based system with checks against deviation may actually cause more harm to the Fed’s credibility by showing consistent gaps between targets and reality. Sharp, unanticipated shifts from longer-term goals could cause severe harm to the economy. The legislation purports to bring more transparency and stability. But without significant flexibility built around the targets, the opposite outcome could occur, as policy targets would be frequently revisited and revised.

The Taylor Rule is not a cure all. At the moment, the calculation would indicate the Fed funds rate should be about a 2.4 percent—significantly higher than the current target of 0 to 0.25 percent. There are several ways to interpret and modify the formula. Former chairman of the Fed Ben Bernanke used core PCE inflation in his calculation, and instead of dividing the difference in the output gap by half, he used 1.0, completely altering the outcome.

CPI and PCE differ in their underlying weightings with rent mattering much more for CPI than for PCE. But the far-more-controversial-to-calculate number is the output gap, a measure of the difference between an economy’s actual and potential output.

The output gap requires that potential GDP be estimated, and this can lead to significant deviations from period to period. When the San Francisco Fed published its survey of seven different output gaps, they ranged from -2.6 percent using CBO calculations to +2.4 percent utilizing job vacancies. Plugging in one instead of the other would change the suggested interest-rate policy drastically. And we cannot forget the large, and potentially policy changing, revisions to the relevant data series over long periods of time. Even if there is an agreed-upon calculation of the output gap for the reference rate, the revisions to the data would likely render the first look useless, regardless of which was chosen, especially if it relied on GDP data.

The Fed wields a tremendous amount of economic power in its monetary policy. If Congress wants to talk to the chair of the Fed more often, that should be encouraged. But monetary-policy rules are confusing, unreliable, and easily manipulated using different data. Data nuances and oddities could go from being an interesting study to causing a recession or putting undue and unnecessary political pressure on the Federal Reserve. Asking for more transparency is fine, but asking the Fed to conduct itself using a policy rule is counterproductive.