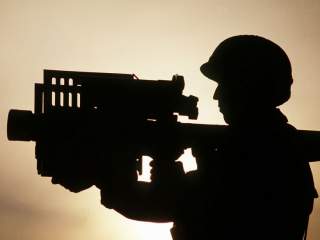 House Armed Services Committee chairman Mac Thornberry recently complained about readiness weaknesses across the U.S. military. But he and his colleagues can release additional defense funds to alleviate some of these shortcomings—if they look within.

The problem, says Thornberry, is lack of money for the military, especially for crucial operations and maintenance funding.

There’s one explanation that Thornberry neglects to mention, and that Paxton is too careful to suggest: Congress is more interested in protecting bases and weapons-program jobs in their districts than providing readiness funding.

Case in point: Congress held up the nomination of a senior Pentagon nominee solely to block the Army’s plan to deactivate a combat unit in Alaska that was deemed less than essential—a move that could have saved tens of millions of dollars. It worked.

This is a recurring problem. The Pentagon proposes savings to fund higher-priority programs; Congress, more interested in the military as a jobs program, says no.

For years, Congress has denied Pentagon requests to launch a new round of base closures, which are designed for long-term savings, and is certain to do so again this year.

For example, the so-called ICBM caucus—members of Congress from states where intercontinental ballistic nuclear missiles are deployed—has coerced the Air Force into keeping deactivated missile silos in the more expensive “warm status” to protect jobs in their state.

Last year, Congress barred reductions or preparation for reductions of any deployed or nondeployed nuclear strategic delivery systems or launchers below New START levels. This restriction prevented any related cost savings that could have been used for military readiness.

And while the Pentagon requested fifty-seven F-35 airframes divided between the Air Force, Army and Marines, Congress arbitrarily hiked that total to sixty-eight airframes, at an added cost of over $1.3 billion. Those extra dollars would have provided a substantial amount of ammunition for training exercises.

According to Taxpayers for Common Sense, Congress also pumped an additional $1 billion for the DDG-51, Arleigh Burke class of destroyers, even though the Navy didn’t request it. Overall, members inserted more than $4.5 billion in 2016 for programs the Pentagon never asked for. That money could have funded a lot of flying hours.

It’s unfortunate that readiness and training money don’t create jobs in districts like ships and airplanes do. If they did, Chairman Thornberry likely wouldn’t be able to complain about readiness. But back in reality, there’s one group to blame: His colleagues from both parties in the U.S. Congress.

John Isaacs is a Senior Fellow at Council for a Livable World. He has worked on nuclear and defense issues since 1978.