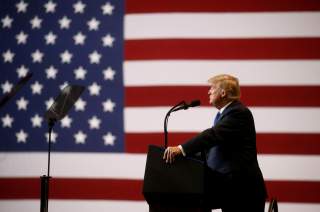 “U.S. authorities detained more than 70,000 migrants last month, according to preliminary figures, up from 58,000 in January. The majority were Central American parents with children who arrived, again, in unprecedented numbers,” writes the Washington Post, which says illegal immigration is on pace to reach its highest level in a decade. The month of March could see upwards of 100,000 detentions, multiple times more than the Border Patrol is able to handle.

In a separate article published almost simultaneously, a review conducted by the New York Times “showed more than 100 documented reports of sexual assault of undocumented women along the border in the past two decades, a number that most likely only skims the surface, law enforcement officials and advocates say.” Echoing comments that have gotten some politicians in hot water, the Times was left wondering if “sexual violence has become an inescapable part of the collective migrant journey.”

Almost three weeks ago President Donald Trump declared a “National Emergency Concerning the Southern Border of the United States.” The declaration came after the Democratic House refused to appropriate enough funding for Trump’s long-promised border wall. The administration argues that previous national emergency legislation allows the president to reallocate money apportioned for military construction and use it to build a border wall.

The House of Representatives has already passed a resolution terminating the national emergency with thirteen Republican members voting in favor. Such an action was expected; more surprising, on the other hand, is that the Republican-majority senate seems likely to pass the resolution as well.

The first two senate Republicans to voice their disapproval of Trump’s actions were Lisa Murkowski of Alaska and Susan Collins of Maine, both liberal Republicans who have often landed themselves as swing votes in upper chamber of Congress.

Collins responded similarly, saying the emergency declaration “completely undermines the role of Congress in the appropriations process” and is “of dubious constitutionality.”

Then, in an op-ed for the Washington Post, Sen. Thom Tillis of North Carolina explained why he’d be supporting the resolution as well. “As a U.S. senator, I cannot justify providing the executive with more ways to bypass Congress. As a conservative, I cannot endorse a precedent that I know future left-wing presidents will exploit to advance radical policies that will erode economic and individual freedoms.” Like Collins, Tillis is up for reelection in 2020 and for years he has been one of the leading Republicans seeking bipartisan immigration reform.

Now with his own op-ed for FOX News, Senator Rand Paul of Kentucky has said he’ll also support the terminating resolution. “I would literally lose my political soul if I decided to treat President Trump different than President Obama,” said Paul. “Every single Republican I know decried President Obama’s use of executive power to legislate. We were right then. But the only way to be an honest officeholder is to stand up for the same principles no matter who is in power.”

Assuming every senate Democrat votes in favor of the resolution (high-probability), a majority of both houses will have voted to terminate the national emergency. Trump has already said he’ll veto any such resolution, the first veto of his presidency.

Rand Paul’s tipping-the-balance vote did not sit well with immigration restrictionists who favor drastic action along the border. “I know this may sound ‘principled’ to the libertarian types, but I’m sorry, it is an emergency just because no one else was ever willing to deal with it, no other president,” said Trump-backer-turned-sour Ann Coulter in an interview. “Compare it to every other declared national emergency and ask how many Americans were being killed by those national emergencies compared to this national emergency.”

According to Jim Antle, editor of the American Conservative, the administration has backed itself into a political corner. “I think you would see even more Republican opposition to this if the alternative hadn't been another government shutdown. The president got very little of what he wanted on border security in the spending bill and the national emergency was a face-saving way out,” Antle told TNI. Having seen his key campaign promise ignored for two years while he had an amiable Republican congressional majority, Trump is now left with a “constitutionally dubious usurpation of congressional authority,” he said. “And Democrats are going to try to resist the president on everything, regardless of the merits.”

But Modern Age editor Daniel McCarthy thinks the real story is the dog that didn’t bark. “Far from showing a split within the GOP or weakness on Trump's part, the fight over emergency powers to build the wall shows that Trump has most Republicans on board even when he goes further than they might be comfortable going,” he told TNI.

McCarthy proceeded to dismiss the senate turncoats whose action are results of their own personal public images, not representative of the larger Republican mood. “Collins and Murkowski are liberals whose defection is no surprise, and Rand Paul is a libertarian independent within the GOP. Again, no surprise. Tillis may be an indication that more Republicans will also defect on this vote, but even in the House, with thirteen Republican defectors and Democratic control, there is not a large enough majority to override the veto that's inevitably coming.”

While pessimistic about the wall’s eventual construction, McCarthy believes that this confrontation has cemented the idea to Republicans that going forward it’s either Trump’s way or the highway. “The wall will still most likely get stalled by the courts, but Trump has shown that Republicans who oppose him can achieve very little, even when they collaborate with the full force of the Democratic Party.”

Contra-McCarthy, Senator Paul told reporters Tuesday evening that “I’ve had at least 10 people [Republican senators] coming up to me saying they will vote to disapprove on this.” If accurate, such a massive defection would go a long way in crippling President Trump’s influence over congressional prerogatives and his party colleagues.

“Senate Republicans are not voting on constitutionality or precedent, they are voting on desperately need Border Security & the Wall. Our Country is being invaded with Drugs, Human Traffickers, & Criminals of all shapes and sizes. That’s what this vote is all about. STAY UNITED!” tweeted President Trump on Wednesday afternoon.

Will the senate GOP listen?