Congress Should Put the Brakes on 'Engaging' Cuba 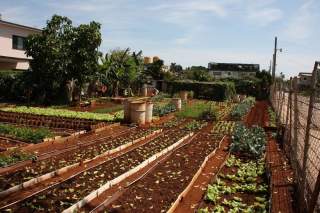 Will Congress lift the ban on private financing towards Cuba’s agriculture sector? Proponents of a bill to do just that claim it would benefit American farmers as well alleviate the suffering of the Cuban people. Unfortunately, that is not how it works.

Proponents of the bill overlook the reality of Cuba’s agricultural market: U.S. exporters can sell to only one customer—the Castro government. Article 18 of Cuba’s constitution mandates the state to control all foreign trade and investment.

The U.S. Department of Agriculture reaffirms as much, noting that “all U.S. agricultural exports must be channeled through one Cuban government agency.” That lone agency is ALIMPORT, a subsidiary of the Cuba’s Ministry of Foreign Trade. As such, ALIMPORT conducts business based on political considerations, rather than market conditions.

This should come as a surprise to no one. As Heritage Foundation President Jim DeMint notes, the Castros have created “a classic Marxist-Leninist regime intent on owning the means of production.”

Cuba consistently fails to meet even the most basic of labor standards, including denial of employment due to belief systems. In short, rather than empower the average Cuban, increased U.S. trade and investment in the agricultural sector would serve only to enrich the Castro machinery.

Nor is more trade with Cuba a ticket to success for American farmers.  For one thing, it’s by no means a booming market. Since the Obama Administration weakened sanctions in late 2014, agricultural exports to Cuba have decreased. They are now at their lowest point since agricultural trade was authorized in 2000. Arguably, it could be a means to exert pressure on U.S. lawmakers.

Cuba has long been one of the worst credit-risk and debtor countries in the world.  It still owes Americans close to $8 billion in certified claims. In total, the Cuban government owes roughly $75 billion to foreign creditors. Despairing of ever getting their money back, many countries have simply given up and forgiven Cuba’s debts.

It is easy—and rational—to be cynical about who will really profit from allowing private financing for agricultural exports. It is not a far-fetched prediction that it would be the Castros and their cronies.

We have already seen how the regime’s military moved to capitalize on the anticipated influx of American visitors resulting from the relaxation of travel restrictions. Gaviota, the Cuban military’s very own tourism company, quickly absorbed many tourist facilities and is expanding at breakneck speed, crowding out the very “self-employed” workers that the new engagement policy was supposed to “empower.” The military apparatus is almost certain to make a similar encroachment into the agricultural sector, should opportunities for expanded U.S. investment present themselves.

And it goes beyond agriculture and tourism. The Associated Press recently reported how the Cuban military is expanding its control of the economy in the midst of normalizing relations with the United States. This has been accompanied by surging political arrests, religious persecution, and outward migration.

Unilaterally weakening sanctions and granting concessions does nothing to further freedom on the island or prosperity for American farmers.  Rather, it undermines Washington’s ability to influence positive change on the island. Lawmakers should put the brakes on policies that “engage” with tyranny by appeasing it.

Ana Quintana is a foreign policy analyst specializing in relations with Latin America and the Western Hemisphere for The Heritage Foundation’s Allison Center for Foreign and National Security Policy.  Randall Ramos is a member of Heritage’s Young Leaders program.