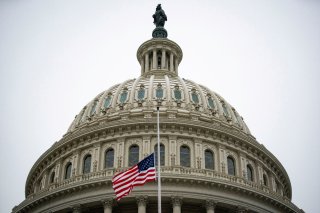 President Joe Biden’s polices have produced failure after failure. While Americans are quite naturally focused most on pocketbook issues, Biden’s disastrous decisions on national security and foreign policy deserve our attention as well

The administration could have deterred Russia’s war against Ukraine. It didn’t, and now we must face the consequences. Modern war is costly in both treasure and lives, but so, too, is a policy of leaving naked aggression unaddressed. Nothing is more important than an honest debate about what is the right thing to do.

This applies to many challenges at home and abroad—be it immigration, inflation, crime, or the consequential threat posed by China. Conservatives have a responsibility to sharpen their answers on how to address every critical issue that threatens Americans’ livelihoods, families, communities, and their country.

This is already happening on a range of issues. We oppose Biden’s open border policies. We want secure, honest elections so that it is easy to vote and hard to cheat. We have made crystal clear our Second Amendment rights are sacred. We won’t compromise on protecting the sanctity of unborn life. Now we can and must achieve equal clarity on what is required to provide for our common defense and protect our interests around the world.

For the last decade, foreign policy debate has been framed by extreme factions from both the Right and the Left. On one extreme are voices that advocate for minimalist action; they stress averting risks and disengagement. President Barack Obama was a leading proponent of this approach, actively seeking to withdraw from Europe and the Middle East, while only feigning an interest in confronting China.

The other extreme presses for maximalist action, either an overtly muscular approach that culminates in regime change and nation-building, or globalist initiatives that seek to reshape the world through political agendas like climate change, international rules-based norms, and international organization and governance.

Both these factions shoehorn foreign and security policy into political and ideological agendas. Instead of politics ending at the water’s edge, foreign policy has become an extension of politics.

There is a responsible middle path between these approaches, putting the American people ahead of politics and political theory. It has three elements.

First, security and foreign policies ought to be based on an objective assessment of national interests, what is in the best interests of all Americans, and what is the best action to take in light of the answers to those questions.

The answer to the latter question may not be the action we would like. It may not be the most politically expedient action or the one demanded by loudest special interests. It should be based on only one thing: American interests.

The Biden administration’s climate and energy agenda is a great example of a policy that gets it exactly wrong. It’s a political agenda clothed as a public policy program. The reason they don’t really want to debate climate policy is because they can’t marshal facts to make the case their policies truly serve national interests.

Second, we must recognize that we elect governments to help keep Americans free, safe, and prosperous. Good policies serve all three of those goals. This is hard to do, but policies that serve only one or two of those goals are simply not good enough.

Those of us who have long been proponents of President Ronald Reagan’s mantra of “peace through strength” were roundly decried for criticizing a supplemental bill to provide additional support for Ukraine. We have never wavered from our belief that it is in America’s interests to help Ukraine defend itself against Russian president Vladimir Putin’s aggression. Our objection was that the bill was bad policy and lacked accountability. We can’t help defend Ukraine by bankrupting Americans. We must demand our president and Congress do better.

Third, our policies ought to work. Our decisions and the actions that flow from them ought to be realistic—i.e., they address the problem, they are financially and morally feasible, and they can achieve the desired result. Biden’s border policies fail on all three counts.

In contrast, assisting Ukraine’s self-defense has achieved tangible goals. It has motivated more NATO countries to pay their fair share toward the common defense and prompted two valuable allies, Sweden and Finland, to seek NATO membership. It has also short-circuited Putin’s plan to reabsorb the post-Soviet states and exert Russian control over Central Europe while marginalizing and isolating the U.S.

These three guideposts undergird a responsible, prudent, and efficacious approach to foreign policy that would serve conservative leaders well. By following them, leaders of character and competence could deliver the leadership that Americans deserve.