A Conservative Pathway for Immigration Reform 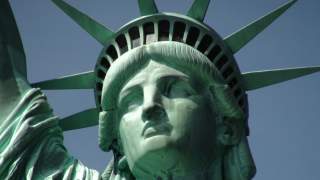 President Obama’s executive amnesty policies and failure to enforce immigration laws give conservatives an opening to unite on immigration in a way that appeals to all Americans. By holding to the principles of rule of law and fairness, immigration policy can be firm, fair and in the best interests of citizens and immigrants alike.

President Obama failed to pursue any immigration reform while his party had a commanding majority in both houses of Congress. Following the 2012 election, many Republicans reached for the panic button and concluded that immigration reform (including amnesty) had to be done to increase support among Hispanic voters.

Liberals took notice when a Republican National Committee report called for “comprehensive” immigration reform. The president and his allies used it as a classic wedge issue to split conservatives. Pro-comprehensive immigration reform Senate Republicans teamed up with every Democrat to support S. 744, the Border Security, Economic Opportunity, and Immigration Modernization Act. The bill, which became known as the “Gang of Eight bill,” increased legal immigration limits threefold, created a guest-worker program and granted amnesty to some 11 million illegal immigrants. The measure passed the Senate with sixty-eight votes.

Almost immediately, conservatives aimed their attacks at President Obama and his unwillingness to enforce the law with respect to Obamacare, the WARN Act and immigration itself. Mistrust of the president was enough to deny the pro-comprehensive forces a majority within the Republican conference in the House.

In spring 2014, a mass of adults and children, including many unaccompanied minors, flooded across the U.S. southern border. Rule-of-law conservatives won the public debate about the cause of this influx, tracing it in large part to lax enforcement of existing law and talk of amnesty by President Obama. Polling on immigration showed a major increase in intensity as the issue dominated the news for weeks. And those who cared shared the right’s view.

The American people are increasingly wary of any amnesty policy. Candidates for office in the 2014 elections are using their opposition to the president’s policy in their campaigns. Those who ignored these trends did so at their own peril, and even prominent political leaders were not immune. Rep. Eric Cantor, then the House Majority Leader, found himself ousted in a June primary where immigration was a central issue. President Obama has postponed his executive action until after the 2014 elections. The tables have turned.

Conservatives Should Stand Their Ground, United

This is not to say that policies exemplified by the Gang of Eight bill and the president’s unilateral executive amnesty are dead in the next Congress. House Republican leadership’s statement of principles released in early 2014 shows they ultimately wanted amnesty with little guarantee of greater enforcement or border security. Supporters of amnesty know that there is very limited time after the election to pass any reform. That is because prospective conservative presidential candidates will take a hard line to build support among base voters.

A comprehensive bill that includes amnesty is precisely the wrong approach. Conservatives will reject it, meaning that it will have to draw liberal support to pass, thereby ensuring that the bill will be further left than it needs to be.

Instead, elected leaders in the House should acknowledge that our immigration system is broken, but put the blame where it belongs—on the executive branch’s failure to enforce the law. The first steps to fixing the system must be taken by the president: securing the border and enforcing current laws.

Reform Is Up to the President: The Executive Must Take the First Steps

The president has the resources needed to secure the border and enforce immigration law. He just needs to do it. Americans of all backgrounds want to see our laws enforced firmly and fairly. The influx on the southern border is likely to increase again with cooler weather, and even it if it does not, the images of the spring and early summer are still very much in the minds of American voters.

A united conservative front on immigration will put nationally prominent conservatives running for president in a position to outline their own agendas. They should pledge to reverse all of President Obama’s anti-enforcement policy memorandums, including his executive amnesty. These are bad policies—increasing illegal immigration and eschewing the rule of law. Then they should promise to take the following necessary steps to properly administer the U.S. immigration system: secure the border, enforce immigration law, improve the legal immigration system, support citizen security and economic freedom in Central America and the rest of Latin America and publish honest statistics that prove the success of these policies. These are the first steps in a true step-by-step process.

A president who respects the law—President Obama with a change of heart, or a new president starting in January 2017—is necessary for these first real steps toward real immigration reform. Here is a checklist of policies that the executive branch should and must tackle first and foremost.

First, the United States must be able to control its borders. While the United States has dramatically increased spending on border security over the last decade and a half, smarter investments in infrastructure and technology are needed. For example, adding more secure fencing to the southern border would make illegal entry more difficult.

In addition to physical fencing, the Department of Homeland Security (DHS) should fully implement a “virtual” fence—i.e., use cameras, sensors, drones and other surveillance technologies to give Border Patrol agents better situational awareness and, thus, the ability to respond more efficiently and effectively to illegal border crossings. This idea of a virtual fence is not new; the U.S. military used similar technologies to great effect in Iraq and Afghanistan. President Bush began the first virtual fence effort, known as the Secure Border Initiative Network (SBInet). But this program was cancelled in 2011 for running over budget and experiencing technical difficulties. Despite SBInet’s failings, the concept remains a sound one. The government should implement an integrated system of surveillance technologies with better oversight and acquisitions management.

Rather than reinvent the wheel, DHS should borrow from the experiences and technologies of the U.S. military and its need for persistent, wide-area surveillance technologies in Iraq and Afghanistan. These systems are already in production, so DHS could use and adapt them, thereby skipping the expensive development of new systems. With troops and their surveillance systems returning home, DHS may even be able to make use of surplus systems that the military no longer needs. The military would likely be able to train and support DHS in setting up and operating these systems effectively. DHS already has the authority to do so and can better secure the border if it is properly prioritized in the president’s budget and its activities are competently executed and overseen.

Second, the United States needs to do a better job enforcing its laws. As mentioned earlier, many of President Obama’s anti-enforcement policies must be scrapped. Right now, “enforcement priorities,” “prosecutorial discretion” and other policies that disregard large sections of immigration law allow the vast majority of illegal immigrants to escape legal consequences. Deferred Action for Childhood Arrivals (DACA) and President Obama’s forthcoming executive action on immigration (now delayed until after the 2014 elections) will likely provide temporary administrative amnesty to as many as 6 million unlawful immigrants. DHS Secretary Jeh Johnson has stated that he “[does not] understand those who say we are not enforcing the law; we are enforcing the law every day.” Perhaps what the Secretary does not understand is that choosing to enforce the law with respect to only a tiny fraction of the people who have broken the law does not count as faithfully enforcing the law.

Indeed, DHS is not only failing to enforce the law, but it is actively working to provide illegal immigrants with amnesty. Within DHS, pressure is applied to employees of U.S. Citizenship and Immigration Services (USCIS) to rubber stamp DACA applications with background checks and other security measures being left by the wayside. If DHS can’t properly administer temporary amnesty for fewer than 1 million individuals, one can only imagine what will happen if President Obama administratively expands amnesty to another 6 million illegal immigrants or if Congress ever passes a bill amnestying even more. Similarly, fraud in asylum applications is rampant, with as many as 70 percent of asylum cases having at least one indicator of fraud in 2005. Sadly, more recent studies are not available, because, according to Louis Crocetti, a former head of Fraud Detection at USCIS, the Obama administration has all but ceased doing assessments of fraud within the U.S. visa system.