The Coronavirus Crisis and the Chimera of Authoritarian Competence 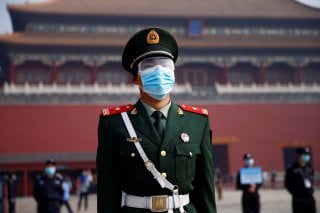 As of May 4, 2020, the coronavirus has spread to more than 3 million people worldwide. As the coronavirus crisis continues to ravage the U.S. and Europe, the situation in China seems to be improving. Taking political advantage of these developments, China’s global propaganda campaign has stepped up its promotion of the Chinese political system’s supposed superiority over democratic systems. With the Chinese Communist Party (CCP) at the helm, Beijing argues, China was able to mobilize resources and institute necessary measures swiftly and effectively in order to combat the virus outbreak. On March 27, 2020, the Chinese state media depicted Xi lecturing President Donald Trump on how to combat the coronavirus. Chinese netizens have been touting a triumphant narrative that the coronavirus has revealed critical flaws of the democratic system. Does the coronavirus outbreak expose democratic deficiency and autocratic superiority in crisis governance?

The argument that autocracy often out-performs democracy is a familiar one. For decades, the Chinese Communist Party (CCP) has touted the superiority of “socialism with Chinese characteristics” over the West’s liberal democratic capitalist system, allegedly plagued by factional politics and open to manipulation by corrupt elites. This argument is not without an audience in the West. Gary Becker, a University of Chicago professor and Nobel Laureate Economics (1992), wrote in 2010 that “visionary leaders can accomplish more in autocratic than democratic governments because they need not heed legislative, judicial, or media constraints in promoting their agenda.”

The autocratic superiority thesis equates state power with the ability to govern. But we cannot assume that autocratic leaders will always remain “visionary” and wield their power benevolently and effectively. In John Acton’s words, power tends to corrupt, and absolute power corrupts absolutely. However, we must focus on an equally important—but less discussed—problem of authoritarianism: lack of incentives for transparency. The origin of the coronavirus in Wuhan and the virus’s initial spread serves as a perfect example. It’s now well-known that local Chinese officials tried their best to cover up the coronavirus outbreak from the outset of the outbreak, which delayed effective responses and allowed the virus to spread uninhibited.

This problem is not unique to Hubei province. There is strong suspicion that authorities in Beijing and other provinces have been systematically under-reporting coronavirus cases. For example, we now know that the Chinese government did not include asymptomatic cases in its statistics before March 31, 2020.

For government officials in an authoritarian system, covering up bad news is almost always the politically rational thing to do. Without protection from robust institutions and the rule of law, cadres who report a problem are likely to become scapegoats for that problem, a concern that becomes more salient when a problem originates from mismanagement at the very top. Furthermore, government officials, backed by a police apparatus with state-of-the-art digital surveillance capacity, can easily silence whistleblowers. Dr. Li Wenliang, the doctor who initially reported the coronavirus to authorities in Wuhan, was apprehended by the police after sharing information on the coronavirus in a private WeChat group and forced to sign a statement admitting that he had spread false information. He later died due to the same virus he had tried to warn his countrymen about.

Cadres have both the incentive and the means to cover up problems. While the top leadership in Beijing recognizes this problem and has repeatedly urged the cadres to take responsibility and be honest, autocratic leaders who face little constraint to their power cannot credibly assure their subordinates of their safety if they expose a legitimate problem. Unrestrained power breeds fear, and fear breeds lies. The cover-up by officials in Hubei back in January 2020 was not an aberration; any local Chinese government officials would have acted in the same way. This counsels continuing caution in assessing Chinese accounts of the coronavirus disease’s prevalence.

Furthermore, power struggles under authoritarian systems involve high stakes. In democracies, losing an election is not a matter of life and death. However, for autocratic leaders, losing a power struggle means imprisonment and exile if not assassination or execution. Autocratic leaders, therefore, need to place loyalty above all else when making decisions regarding whom to position in places of power. As a result, cadres obedient to the party line and with personal ties to the top leader often crowd out officials with technical expertise.

Sun Chunlan, China’s vice premier in charge of public health, has little background in health science before becoming the vice premier. Furthermore, none of the members in the Leading Small Group on Responses to the Novel Coronavirus⁠—China’s paramount decisionmaking body in charge of combating the virus⁠—has expertise in public health. When Sun Chunlan returned to Beijing to meet Xi Jinping after she visited Wuhan on Jan 22, 2020, they did not practice social-distancing and neither wore a face mask, which potentially exposed Xi and other members of the politburo to the coronavirus. Wang Xiaodong, Hubei’s governor who presided over China’s first press conference on the coronavirus outbreak on Jan 28, 2020, claimed that Hubei could manufacture 10.8 billion face masks (the correct figure is 1.08 million) while wearing his face mask the wrong way during the press conference. This lack of cadres with public health and medical expertise hampered Chinese responses to the coronavirus.

Authoritarian states are more likely to suffer from misinformation and officials with a lack of technical expertise. While there are some minor exceptions to this rule, our argument pertains to the general tendencies for different political systems to incentivize officials to be honest and competent. Authoritarian states might have more “muscle” compared to democracies in terms of its ability to mobilize resources quickly without any regard of civil liberties and rights. However, democracies, by design, are often “smarter” and could, therefore, achieve their objectives with less cost.

Democracy in Action: The Case of Taiwan

Beijing, when making the case for the superiority of its political system, often points to how China has successfully contained the coronavirus (for now, at least) while cases of infection and deaths associated with the coronavirus rise in the United States, Europe, and Japan. But this argument risks confusing correlation with causation. Many of the countries ravaged by the virus now are suffering for reasons unrelated to regime type. Italy, for instance, is hard-hit by the virus partly because it delayed imposing travel restrictions on people from China in order to avoid angering Beijing. Some autocratic states, such as Russia, are experiencing coronavirus outbreaks as severe as some democracies, while some democracies have arguably out-performed China in containing the virus, such as Taiwan and South Korea.

Taiwan is a particularly relevant comparison, as the island shares the same culture and language with China but maintains a liberal democratic governing system. Back in January 2020, many expected Taiwan to suffer greatly from the coronavirus given its geographical proximity to China and the density of transportation links between the two nations. But Taiwan has thus far defied pessimistic projections. As of May 4, 2020, Taiwan has only 437 coronavirus cases and six deaths. The “Taiwan model” for combating pandemic has since then attracted much attention and praise.

Specifically, the “Taiwan model” is defined by three characteristics: science-driven policy-making, transparency, and state collaboration with civil society. Science-driven policy-making is the key to implement effective measures with minimum interruption to civilian life. Taiwan has not yet found it necessary to institute a lockdown largely due to early and successful implementations of surveillance, contact tracing, and isolation and quarantine measures implemented through its Central Epidemic Command Center (CECC). Importantly, the CECC is composed of medical and public health experts⁠—including Vice President Dr. Chen Chien-jen, a prominent epidemiologist⁠—and led by the Minister of Public Health and Welfare, Dr. Chen Shih-chung. In Taiwan, public health experts, not party functionaries, have the final say over how to manage the coronavirus.

Transparency is the key to reassure the public and prevent irrational panic. Chen hosts daily briefings in order to keep the public informed about any new coronavirus cases and policies. Chen famously insisted on hosting his daily briefings after working continuously for twenty-five hours, which earned him the nickname “minister of steel.”

Taiwan’s approach to combating the coronavirus also involves close collaboration between state and civil society, which is coordinated by digital Minister Audrey Tang, a software programmer. Minister Tang, working with entrepreneurs and hacktivists, devised apps that would allow citizens in Taiwan to acquire real-time information on mask availability and risk of exposure to the coronavirus, to name just two examples of state/civil-society collaboration. These community-created apps reduce the intensity of government-enforced interventions by coordinating citizens’ efforts and eliciting useful information from the population without resorting to coercion.

No autocrat can reliably implement the Taiwan model to combat the coronavirus. As discussed earlier, the logic of authoritarian politics ensures that officials cannot afford to be transparent and politics often trump expertise. Furthermore, collaboration with civil society is anathematic to the authoritarian philosophy of governance, which emphasizes top-down control and centralized planning.