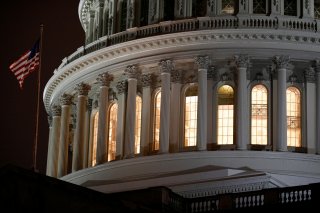 There is no doubt that the United States is more prosperous and more secure in a globalized world, with close economic and political allies and strategic partners in Europe and Asia and elsewhere. But the coronavirus pandemic, produced by China’s dissembling and a credulous – if not incompetent – UN World Health Organization (WHO) underscore that while building foreign partnerships is more important than ever, these efforts should be guided by U.S. national interest. The upcoming U.S. presidential election will give the American people an opportunity to determine whether American interests are guided by a more calibrated approach to diplomacy informed by a healthy dose of skepticism of the costs and benefits of globalism, or a return whole-hog to the internationalism of the past two decades.

In particular, the United States must decide whether the pandemic has tempered the liberal internationalist impulse to rely on the United Nations and to continue to embrace China, despite the global calamity unfolding in slow motion before our very eyes. The New York Times, as the establishment voice of record, has reliably advocated more of the same. For the past three months, the paper published articles that reflect talking points of Chinese state media about the need for greater cooperation between China and the United States, amidst daily revelations that past cooperation has yielded few tangible results. On February 28, for example, the paper gave space to China’s foreign affairs commissioner in Hong King, who argued the United States and China must work together, to “protect global health.” This was printed about the same time China was denying the coronavirus could become a global contagion. On March 13, the paper gave space to a token westerner in Beijing, who might be mistaken for having copy-pasted the Xinhua’s argument that China’s effort to deal with the virus bought the West precious time. Then, on April 5, Chinese ambassador to the United States Cui Tiankai argued that the two countries must embrace in solidarity, collaboration and mutual support against the coronavirus, just two weeks after Chinese officials launched a psychopathological campaign to blame the pandemic on U.S. Army soldiers.

These events place us at one of the most historic inflection points since the Second World War. As China has become wealthier it has become a menace to American prosperity and security, hollowing out American manufacturing through endemic trade mercantilism, leveraging decades of theft of U.S. technology and military secrets, and deputizing Russia as the junior delinquent in bilateral condominium of instability designed to create a new authoritarian global order. Yet many of the most senior U.S. foreign policy elites from both parties persist in the view that Washington’s relationship with Beijing should be business as usual.

A letter signed by more than ninety prominent Bush-Obama era officials have called for the administration to expand cooperation with China on the coronavirus, yet China ignored U.S. pleas to assist Beijing in tackling the pandemic. Meanwhile, the Trump administration has had to contend with washed data, sift through Chinese untruths, consider threats to withhold pharmaceuticals and medical supplies in the face of a pandemic, and counter China’s comprehensive, global “blame” narrative and charm offensive. The letter, which stresses that no effort against the coronavirus “will be successful without some degree of cooperation between the United States and China,” follows a statement by some one-hundred Chinese scholars calling for the same thing, constructing a false equivalency that is galling and factually incorrect. While the U.S. letter is bipartisan, that word is increasingly meaningless, as the current division in the United States is not between Republicans and Democrats, or even Left and Right, but between nationalism and internationalism. There are both nationalists on the Left and Right, and internationalists on the Left and Right, and most officials of the past two decades in the latter camp. Many of these experts insisted that if the United States pursued a policy designed to make China stronger and wealthier, it would become more like us. Having invested their professional life in the project they are in too deep to be struck by its colossal failure.

No one disagrees with former national security adviser Stephen Hadley that “it is still in the best interests of both countries and of the world as a whole to have the United States and China cooperating,” but that view should not prevent American leaders from grasping the adversarial nature of the Chinese regime. Another former Bush administration official wrote in the Atlantic, that “We don’t appear to have concern that poor countries with weak public-health systems might eventually bear the brunt of the pandemic. We seem only to resent Chinese philanthropists for sending medical supplies to us, rather than thanking them for providing much-needed assistance.” Yet the U.S. administration has committed $500 million in aid to fight the coronavirus and the United States provides nearly ten times as much money to the World Health Organization as China, $893 million to China’s $86 million. After having given so much for so long, the American taxpayer might be pardoned for not caring much about Chinese “philanthropists” doing public relations campaigns on behalf of the Chinese communist party. Furthermore, even today some foreign policy elites seem unfazed at the $2.4 trillion Americans have spent on nation-building in recent years, which appears ill-spent, if not woefully counterproductive. As Rajan Menon and Will Ruger recently suggest, futile campaigns against rogue states and terrorism have squandered American blood and treasure, and we would have been better off had we developed our national strength for the challenges of great power competition. “It now seems abundantly apparent that rather than building hospitals in Afghanistan, we should have focused on producing masks and ventilators here at home. Rather than building schools in Iraq, we should have invested in scientific breakthroughs to treat disease.” From misadventures in Mesopotamia under Bush, and the Mediterranean under Obama, internationalist policies traded regional order for the pursuit of justice, resulting in enormous debt. At the same time, both Republican and Democratic administrations ignored investments necessary to restore a crumbling national infrastructure, stagnated spending on science and technology, and starved public education, all while turning a blind eye to the “China dream” to recast the global system.

That needs to change, and debates about China highlight what is at stake. Things are not going back to normal and should not go back to normal. And as the architect of the National Security Strategy Nadia Schadlow wrote, for all his faults, and despite his personality and oratorial challenges, President Trump has been broadly correct about China, and the bipartisan group of internationalists were wrong. “That Trump might be introducing needed correctives to the hyper-globalization pursued by earlier administrations is generating serious cognitive dissonance in some quarters. And the reality is that only one organization in the entire world has as its sole responsibility the American people’s safety. That institution is the U.S. government. Whether led by Republicans or Democrats—or by Donald Trump or anyone else—it should always put the American people first.” The dislike for Trump’s personae held by influential foreign policy elites should not color perceptions of his policy, or sugar-coat the danger China poses to the United States and a stable international system. Opponents of the president should especially avoid promoting the idea that China is somehow not responsible for what it has done to facilitate a global pandemic. These sentiments weaken and demoralize the democracies. At home, they have made many Americans resentful that U.S. generosity for security and humanitarian aid around the world are unappreciated, and not worth the burden.

There’s a saying that in foreign policy, experts often fail upward, so the inability to fit the reality of the world into the internationalist model is no guarantee that the United States will not continue to repeat the mistakes of the past. The coronavirus offers an opportunity to critique the failed foreign policy of the past two decades, and avoid doing more of the same and expecting to achieve a different result.

This piece has been updated since its original posting.