Coronavirus Is Empowering Dictators And Changing The World Order 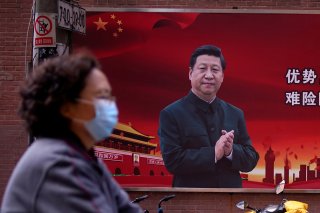 Overall, any hope that a liberal international order could be salvaged in coming years against the rising tide of a multipolar world of more authoritarian regimes, appears less likely with the pandemic. The virus is a kind of black swan event that rapidly accelerates processes rather than slowing them down. It has increased borders more than populist fears over migrants or terror had in the last decades. Countries will have to focus more locally in the next year to deal with the pandemic and its aftermath. With that comes the consequential decreased focus on multilateralism. While the G20 leaders are holding video conferences during the pandemic, so far little has come out of these attempts at unified approaches. Tyrants will know that little stands in their way regarding crackdowns or even invasions of neighboring countries. Countries that are busy locking down their own societies won’t have time to do foreign policy or try to focus on places like Idlib or Tripoli.

2020’s pandemic looks to be a turning point with a great effect on the kind of world order that emerged at the end off the Cold War. From the Schengen zone agreements to life in the Gulf, what is considered normal has been shattered in a few short weeks. The new normal may be a world where much less global action is usual and countries focus more on national or regional approaches.