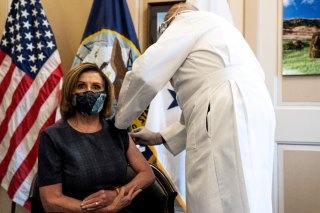 Nearly a year into the Covid-19 pandemic we have learned that the United States and Europe were woefully unprepared to deal with the rapid spread of this pathogen. Country after country has struggled with a shortage of hospital staff, beds, and emergency equipment. As we lunged from lockdown to lockdown, inconsistent and at times random guidance has politicized the crisis and sapped trust between the governing and the governed. Setting aside the questionable legality of de facto martial law lockdown measures, the blatant arbitrariness of some of the official Covid-19 guidance concerning business shutdowns, curfews, or regulations has had a disproportionate impact on people’s lives, health, and their ability to earn a living, making some fabulously wealthy and impoverishing others. Each passing month, infighting among our political class, when paired with breathless reporting and panic mongering by the media, has deepened partisan divisions and undermined societal resilience.

The policies endorsed by our leaders in response to the pandemic were designed to eliminate risk regardless of cost. They reflect an apparent unwillingness to accept that human existence is inherently fragile, that there are precious few absolutes in life, and that decision-making in a national emergency is about trade-offs, opportunity costs and, in extremis, ultimately about the lesser evil. Instead, governments and the media across the West have continued to repeat the bromide that once the vaccine has been distributed and our societies vaccinated, things will return to the way things were, with the underlying conviction that we can “fix” our lives and economies.

This crisis has exposed the limitations of our political class, with its inability to weigh carefully the social and economic consequences of decisions made under stress and based on fragmentary data, with the imperative to err on the side of caution consistently the default mode. While governments should make every effort to protect public health, guidelines cutting across society should not be left to medical professionals alone any more than decisions on grand strategy should be left to the military. Like any group, the medical profession sees first and foremost the technical problem set germane to its area of expertise rather than the bigger picture, including how a particular decision will impact the nation as a whole. The “great suppression” of our economies, with attendant lockdowns and deficit spending, has been driven by seemingly unquestioned adherence to the recommendations of medical experts alone (“we shut down or people die”), with the politicized slogan “trust the science” repeated with the fervor of a religious mantra. This extreme binary approach adopted by nearly all democratic governments may be appropriate where existential decisions are made in an all-out war for national survival, but not when dealing with a public health emergency. Pushing to eliminate risk in one area—in this case, public health—inevitably raised opportunity costs elsewhere in society, often to a prohibitive level and with consequences that are impossible to predict.

Preliminary cost assessments point to a devastating picture. So far, the United States’ combined relief spending has amounted to over $6 trillion—roughly a quarter of 2019’s GDP; these numbers are likely to double before the virus begins to wane. By late fall, our budget gap had already tripled to a record $3.1 trillion. Federal debt totaled 102 percent of GDP, the first time in more than seventy years that it has exceeded the size of the economy for the full fiscal year. This summer, the Congressional Budget Office estimated that GDP will lose close to $8 trillion by 2030 (more than 8 times the total U.S. 2020 defense budget), with a projected nominal decline of GDP of $15.7 trillion before 2030. Germany—the wealthiest country in Europe—has been set back by about five years in terms of its GDP growth. No country in the European Union has been impacted more by the government-mandated suppression of economic activity than Greece, with a projected loss of twenty years of GDP growth, in effect wiping out what took a generation to build. To put this in perspective, the 1918 Spanish flu shrunk our GDP by about 6 percent, with an 8 percent decline in consumption and an economic recovery already underway in 1920.

Death rates during this pandemic when compared to the Spanish flu tell a different story. The total number of Covid-19-related deaths worldwide stands at 1.7 million or 0.02 percent of the world’s population; in the United States deaths tied to Covid-19 stand at 300,000, which is 0.09 percent of our total population. To put this in perspective, cancer alone is projected to kill over 606,000 Americans in 2020, with these numbers expected to go up in 2021 because of delayed screening, diagnosis, and therapy due to the reallocation of our health care resources triggered by Covid-19. There is no question that each individual Covid-19 death is a tragedy which should never be taken lightly; however, when it comes to death rates so far, estimates of the impact of this pandemic are orders of magnitude smaller than those after the Spanish flu (the 1918 pandemic killed—depending on whom you believe—2 percent to 6 percent of the global population).

So, what are the lessons to be derived from how the United States and Europe have thus far responded to this pandemic? As one surveys the social and economic devastation wrought by the lockdowns, is there reason to be confident that “things will go back to normal” once the vaccine has been distributed? The cleavages between the entitled and the deprived, the wealthy and the increasingly destitute, are likely to deepen going forward, as the aftershocks of this pandemic align with the extant divide in Western societies between those who preach globalism and those who want to preserve national communities. This will further decompose our already partly deconstructed nation-states, making a national consensus in the future ever more difficult to obtain.

What Western societies have communicated during this pandemic to all who wish us ill is that, despite our immense wealth and technological advantage, we lack the resilience to rally in a crisis, to assess opportunity costs, accept the necessary risk, and in the end, manage.

Andrew A. Michta is the dean of the College of International and Security Studies at the George C. Marshall European Center for Security Studies. Views expressed here are his own.