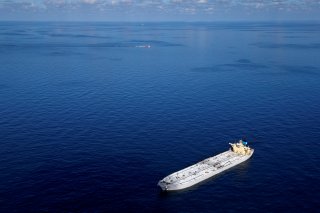 Affordable, scalable, abundant, flexible, and reliable energy and electricity are essential for the world to alleviate the coronavirus pandemic. Without reliable electricity, hospitals can’t save lives, and without crude oil powering our modern world the virus would overtake civilized nations. A movie released earlier this year titled, “Juice: How Electricity Explains the World,” underscores the fact how “economic development (and medicine) depends on reliable and affordable power.”

Each of these medical commodities emanate from the over six thousand products that start from a barrel of crude oil. The plastic in plastic gloves is overwhelmingly made from crude oil.

Under current technology, and a world turned upside down by this virus—the United States, European Union, and remaining United Nations signatories—are not replacing, or banishing fossil fuels, and the medical products derived from them with renewables.

Zero-carbon societies will ravage lives, leading to death, and wholeheartedly believing in global warming/climate change without thorough questioning of this ideology; meters the global, green-aligned environmental movement impotent, and feckless in the face of global pandemics.

Only fossil fuels can save lives—and realign international relations—by having an answer for how to counter the asinine negligence of the Chinese Communist Party government, which has allowed “wet markets” to reopen in Wuhan, China.

Renewables can never be relied upon to fight global sickness, disease, and uncontrollable, Chinese-borne viruses. China continues to “mislead the world on the coronavirus,” and U.S.-led western powers are slowly attempting to decouple their medical resources and pharmaceuticals from Chinese manufacturing centers.

Sovereign nations critically need reliable energy and electricity moving forward after this pandemic lifts to shift away from China’s economy. When every part in the supply chain for solar panels and wind turbines rely on crude oil to function, and destructive mining practices for precious minerals to operate—depending on renewables – is a lose-lose proposition.

Germany has the highest electricity prices in the world by relying on wind turbines for their power needs; a 2019 McKinsey & Company report said German energy policies “pose a significant threat to the nation’s economy and energy supply.” Unstable German electrical generation is hindering their medical community. Australia’s fixation with solar and wind energy to electricity has its economy grasping to fight the virus as well.

Their total electrical output reductions over heavily using renewables have serious implications for how effectively their governmental and electrical institutions can reasonably fight the coronavirus. The Tasmanian government (Australia’s neighbor) announced before the pandemic they would be “200% renewable by 2040.” No they won’t; they continue using coal-fired power plants from Australia.

Britain is spiraling downward and crashing their electrical grid over using wind power. Brexit is a political reality, leaving the British to fend for themselves. Could this be why Britain has been hit so hard by the slowdown and virus? Let the British begin fracking their abundant oil and gas reserves, instead of allowing their wind industry demand continuous taxpayer subsidies.

Scotland’s descent into using wind power over fossil fuels caused Scottish taxpayers to pay over 650 million euros to electricity companies to not produce power from wind turbine farms. This compensation takes place when electricity companies are forced to turn off wind turbines on short notice when too much wind “overloads the UK’s National Grid.” This amount of money is priceless during global stay-at-home orders, and Scottish deaths.

When just one wind turbine requires, “900 tons of steel, 2500 tons of concrete, and 45 tons of plastic,” the economic benefits do not outweigh the environmental destruction giant, land-grabbing wind turbines, and solar panels reek on societies. Zero-carbon nuclear power is a better option.

Battery Energy Storage Systems (BESS) are normally greeted with fanfare over the newest one being the largest, and most effective at storing energy to electricity in the world. But grid-scale BESS’ are fire hazards, and ineffective for load-sharing, according to IHS Markit. An example is Shell Oil’s new one hundred megawatt grid storage battery in western England financed by Chinese investment fund CNIC, and state-run utility Huaneng Group that “will hold enough juice to power 10,000 homes for a single day.”

In actuality, the battery will “only be able to replace wind (energy) for less than one minute if the wind stopped blowing,” based on average UK wind output producing sixty terawatt hours a year.

The United States is still the global policeman, realist foreign policy-balancer, top oil and natural gas producer (pre-coronavirus), and only realistic option to contend against Chinese duplicity. So why are U.S. wind and solar firms demanding billions in subsidies to save their taxpayer-handout-dependent businesses during this “viral outbreak?”

Billions are squandered propping-up renewables when ventilators, disinfectant wipes, and restarting the free-falling American economy are more important than feed-in tariffs for solar and wind farms. Virginia is the latest U.S. state to embrace Democratic Party policies advocating for decarbonization via renewables without considering the dire consequences of their actions.

The world needs stable energy and electricity since the coronavirus models forecasting global cases, and deaths have been over projected. Michael Levitt, a Nobel laureate, and Stanford biophysicist correctly examined the Chinese coronavirus numbers in January, and predicted the “the world would get through the worst of the coronavirus outbreak long before many health experts had predicted.” We are barreling towards crunch-time deciding whose correct: economists or epidemiologists for opening up the world, and the U.S. economy.

Abundant fossil fuel and nuclear energy can economically bugger the long-term implications of the legality of stay-at-home orders, and how willingly global citizens relinquished cherished freedom in the face of a passive threat.