The Coronavirus Will Be With Us For Years to Come 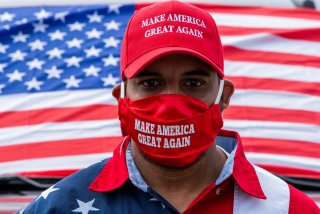 Sheltered-at-home, weary people, most of us, are told that life will return to normal once we have a vaccine that protects people from catching the coronavirus. Once so fortified, we shall again be able to join with thousands of others to cheer our football team, invite as many people as we want to weddings, and so on. Bill Gates writes that even “if our best treatments reduce the deaths by less than 95 percent, then we will still need a vaccine before we can go back to normal.” Caroline Chen reported in ProPublica that “Hope and desire for a vaccine to end the global devastation is growing with each passing week.” Not so fast.

Dr. Anthony Fauci predicts that “by the beginning of 2021, we hope to have a couple of hundred million doses.” The Washington Post reports that the Trump administration is pushing to get vaccines before the elections, even if this entails short-cutting various safety tests. However, one must first take into account that even after a vaccine is found to be safe and effective, it will take a long time before it is mass-produced and introduced because of the challenges posed by producing billions of vaccines. The Strategic National Stockpile has only 2 percent of the 650 million to 850 million needles and syringes needed for mass vaccination. Shortages in silica sand, needed to make the medical-grade vials, are expected to slow production. According to Ryan Cross, “No company currently has the capacity to make enough vaccine for the entire U.S., let alone the world.” Some estimate that mass vaccinations could take four years.

True, some corporations, such as Johnson & Johnson and Moderna, are already scaling up their manufacturing capacity in preparation for the distribution of over one billion vaccines. The White House has formed a private-public partnership, Operation Warp Speed, to build manufacturing capacity before clinical trials are completed. The Defense Department is taking a lead in securing the manufacturing logistics. But Gen. Gustave F. Perna, who is in charge of the efforts, told the New York Times that discussions about needed equipment and facilities are just starting.

Medical experts predict that “there almost certainly will not be enough vaccine for at least several years, even with the unprecedented effort to manufacture billions of doses. About 70 percent of the world’s population—or 5.6 billion people—will probably need to be inoculated to begin to establish herd immunity and slow [the coronavirus’s] spread.”

For the vaccine to work, most people will have to agree to be vaccinated. Following the introduction of the polio vaccine in 1955, the United States eradicated polio. However, it took until 1979 for there to be zero new U.S.-originated cases of the disease. Around the world, it has taken extraordinary efforts, supported by the World Health Organization and non-governmental organizations, to convince people in developing nations of the safety of the vaccine and to persuade them to be vaccinated. Polio remains a threat in some places.

Challenges to inoculating the public may well come from the objections driven by anti-vaccine conspiracy theories. A popular belief, attributed to one, since-discredited, study published in 1997, is that vaccines cause autism. Other debunked beliefs are that vaccines undermine the body’s natural immunity and that they contain toxins.

We have seen in recent years an increase in anti-vaccination movements. The number of Americans who believe in the importance of getting their children vaccinated has decreased from 94 percent in 2015 to 84 percent in December 2019, according to a Gallup poll.  “Anti-vaxxers,” who choose not to have themselves and/or their children vaccinated against preventable viral infections such as measles, which was eradicated in the United States in 2000,  caused multiple outbreaks in under-vaccinated neighborhoods.

Moreover, a poll conducted by The Associated Press-NORC Center for Public Affairs Research shows that a third of Americans, 31 percent, were not sure if they will agree to be vaccinated against the coronavirus. Among them, seven out of ten people doubt the vaccine’s safety. It follows that for the vaccine to work, it need not merely be safe, effective, and widely available, but we shall also need to convince people to agree to be vaccinated, a serious challenge.

Even if everyone in the world is vaccinated—a gigantic mission—we still may well not have the herd immunity we are looking for because many vaccines are not as effective as such immunity requires. Herd immunity calls for the immune population to reach 70 to 90 percent of the total population. For viruses like the flu, vaccination has been effective only in preventing 40 to 60 percent of the population from contracting it.

Finally, many viruses mutate. There have been some recent reports that the coronavirus has been mutating, though so far it has merely become pervasive rather than a truly different variant. If it mutates, then it may well require a change in the vaccines, depending on the kind of vaccine we get. (Those under development include whole virus, genetic, and viral vector vaccines, some of which can provide protection against a variety of viruses, while others not so much.)

All said and done, we better realize that the virus will be with us for years to come and accept that the new normal, living with various safety measures as well as testing and contact tracing, will be with us even once a vaccination is widely available. Keep your mask close and friends—at a distance.

Amitai Etzioni is a University Professor and Professor of international affairs at The George Washington University. His latest book, Reclaiming Patriotism, was published by the University of Virginia Press in 2019 and is available for download without charge.

Ruth B. Etzioni received her PhD in bio statistics from Carnegie Mellon. She is a Full Member of the Member of the Division of Public Health Sciences Fred Hutch Cancer Center.