Could Afghanistan Become the Base for Another 9/11? 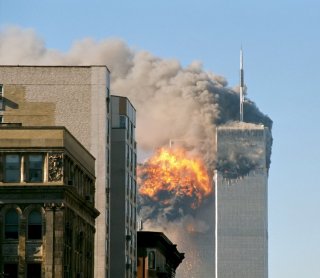 Could Afghanistan become the base for another 9/11 terrorist attack that kills thousands of Americans here at home? Watching images of the collapse after two decades of investment in Afghanistan, it is easy to agree that we should have managed a less chaotic exit. But the current frenzy of second-guessing will soon be behind us. The consequential question for Americans is: what comes next? And there, the biggest red flag being waved by critics of President Joe Biden’s decision to withdraw all American combat troops is the specter of another 9/11. As former Trump National Security Advisor H.R. McMaster put it on Sunday: “We learned 20 years ago on September 11, jihadist terror in Afghanistan won’t stay in Afghanistan.”

The speed at which Afghanistan’s 300,000-strong American-trained and equipped security forces melted under attack by a Taliban force of fewer than one-third their numbers has been surprising. But not the outcome. When Biden and his national security team decided to withdraw all American forces from combat there, they understood that this would very likely mean a Taliban victory.

They also knew that today’s Taliban is the same extremist Islamist group that had ruled Afghanistan before 9/11. They reflected on the fact that it had given sanctuary to Osama bin Laden’s Al Qaeda terrorists who killed 2,977 individuals in their attacks on the World Trade Center and Pentagon. Thus, when announcing on April 14 that all American forces would be out of Afghanistan before September 11, Biden was fully aware of what happened on the eleventh day of the ninth month of President George W. Bush’s first year in office.

So why withdraw now rather than kick the can down the road as his predecessors had? Even critics who believe that Biden made the wrong choice have to acknowledge that it was considered—and consistent with the view he has advocated for more than a decade. In 2009, a newly elected, young, inexperienced President Barack Obama wanted to withdraw from what he saw as a losing war. In the debate within his new administration, his vice president, Joe Biden, argued that the United States should focus like a laser beam on American national interests in Afghanistan. Specifically, that meant eliminating bin Laden’s Al Qaeda terrorists who had attacked us and preventing Afghan territory from being used by terrorists to plot future attacks.

When Biden became president seven months ago, he entered office with the settled view that this mission had been accomplished. After twenty years during which the United States had lost 2,448 servicemen’s lives and spent two trillion American taxpayer dollars, if the leaders and army of Afghanistan could not successfully fight for their own freedom now, the likelihood that they would be able to do so after another year of our efforts, or even another decade, was not worth more American blood and treasure.

Nonetheless, in making this fateful choice, he certainly listened carefully to the counsel of his military advisers—most of whom opposed it—and reflected deeply on the risks. Among these, none loomed larger than the possibility that a future Taliban government could host a successor to Al Qaeda that could execute another terrorist attack on the U.S. homeland.

Could it happen again? The answer is obviously and unambiguously: of course. But does that mean that the decision to withdraw was a mistake? Before again answering “yes,” we must also consider how many other locations there are from which another major terrorist attack on the United States could come. Most of the commentators today seem to have forgotten that while bin Laden’s headquarters was in Afghanistan, his lieutenants who planned and prepared the attack on the World Trade Center did so from Hamburg, Germany. And the Al Qaeda operatives who hijacked U.S. commercial airliners, converted them into guided cruise missiles, and drove them into the World Trade Center and Pentagon spent the week before boarding those aircraft in Boston and Newark.

The brute fact is that there are literally hundreds of spaces around the globe—from Pakistan, Sudan, Lebanon, and Ethiopia to France, Mexico, and even the United States—that could house terrorists who could organize attacks on the American homeland. (Prior to 9/11, the deadliest terrorist attack on Americans was the Oklahoma City bombing in 1995 masterminded by an American veteran, Timothy McVeigh.) Some of these spaces are governed, some ungoverned. Some of the governments are democratic, some autocratic, some oppressive, and some essentially permissive.

What has so far successfully prevented another 9/11 is not U.S. combat forces fighting on the ground—since we have no fighting forces in most of these places. Instead, it is the remarkable, robust defensive and offensive capabilities the U.S. government has built in the two decades since 2001. These include a major expansion of the seventeen agencies of the U.S. intelligence community (Central Intelligence Agency (CIA), Federal Bureau of Investigation, National Security Agency, etc.), creation of a new cabinet-level Department of Homeland Security, and the development of unprecedented offensive counterterrorism capabilities by the U.S. military’s Special Forces.

U.S. counterterrorism strategy consists of three tightly linked layers: defenses to prevent terrorists entering the United States or operating from American soil; offenses that “find, fix, and finish”—to quote the mantra of America’s Special Forces—terrorists planning attacks on the United States and our allies wherever they are; and deterrent threats to governments of countries and groups governing parts of countries that are home to terrorist groups.

A network of exquisite intelligence collection technologies now collects signals of all types and integrates them to allow Special Forces and CIA to target individuals and groups who may be planning attacks. In the last two decades, the United States has conducted more than 15,000 precise counterterrorism strikes in Iraq, Syria, Pakistan, Yemen, and Somalia, as well as Afghanistan. The U.S. base in Bagram served as the headquarters for many of these strikes. Thus, as part of his decision to withdraw, Biden also authorized an expansion of “over the horizon” capabilities to sustain America’s counterterrorism campaign. In the Biden administration’s current review of the national security posture it inherited, it should identify additional steps to strengthen each layer of the counterterrorism strategy, beginning with securing borders.

In sum: the ugly reality is that American presidents have to make hard choices from a menu that offers no good options. In choosing to withdraw, Biden accepted increased ownership of the risk that a Taliban-governed Afghanistan could indeed become the haven for a future mega-terrorist attack on the United States. If this were to happen, the commentariat will condemn Biden’s decision as a foolhardy unforced error. Politically, the safer option would have been a redefinition of the mission that kept the government in Kabul on life support and allowed U.S. combat troops to hold onto bases from which the counterterrorism campaign could carry on.

Biden’s willingness to accept this calculated risk in order to extract the United States from a failing effort in a misguided mission was, in my view, a commendable profile in courage. As he said in this week’s speech to the nation, he was elected president, and “the buck stops with me.”