Could Africa Be the Next Financial Frontier? 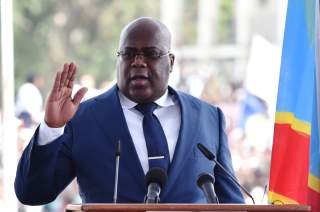 Africa’s story since independence has been one of dashed hopes. Nowhere has that been more evident than in the Democratic Republic of Congo, which is experiencing its first ever peaceful transition of power. After almost eight months of negotiations, Joseph Kabila, president from 2001 to 2018, and Felix Tshisekedi, who was elected in December 2018, have agreed upon a power-sharing government. The DRC is the largest country in Sub-Saharan Africa and the largest Francophone country in the world in terms of population. It is seated in the heart of Africa and shares borders with nine African countries. The country is undergoing political transition. It is now clear that the political leadership in Kinshasa has decided to make a clean break with the past. The international community should support the Congolese people as they build their economic and political futures.

The DRC’s modern history begins in 1885 with the disastrous ambitions of Leopold II, the eccentric King of the Belgians. This was followed in 1908 by Belgian colonialism, which though less brutal than Leopold’s rule was no less exploitative. By 1960, Belgium, in response to rising anti-colonial voices, precipitously granted independence to the county. The power vacuum created by the Belgian departure was quickly filled by regional secessionism and the global Cold War ideological struggle between the United States and the USSR, as well as their respective clients. A conspiracy of foreign powers and domestic interlocutors resulted in the assassination of Patrice Lumumba, the Congo’s first democratically elected president. This was followed by five years of chaos and the rule of Joseph Mobutu, who renamed the country Zaire. Mobutu’s reign would be known as the most kleptocratic and predatory in the continent. He enriched himself, enriched his family and cronies, and impoverished the rest of the population.

The end of Mobutu was triggered by the Rwandan genocide of 1994, committed by Hutus extremist genocidaires known as the interhamwe against the minority Tutsis and opposition Hutus. By June 1994, the Rwandan Patriotic Front recaptured the country from the interhamwe and put an end to genocide. Many of the genocidaires fled to neighboring Zaire, from which they attacked Rwanda. At the very same time, Laurent-Desire Kabila, an old comrade-in-arms of Che Guevara, was lurking in Tanzania awaiting his turn in history. With the support of Rwanda, Burundi, and Uganda, he led a rebellion against Mobutu’s forces. By then he was sick and his forces were demoralized. He fled to Morocco on May 16, 1997, and Kabila proclaimed himself president the same day, and again renamed the country the Democratic Republic of the Congo.

In the year that followed, Kabila would refuse to do Rwanda’s bidding, and instead focused on consolidating his power in Kinshasa. Rwanda and Uganda decided they would remove him from power, too, and so they invaded for that purpose. This triggered a regional war and made it possible for countries and groups to pursue their fights inside the DRC and use the vastness of the country as a haven to launch attacks against neighboring countries. Secretary of State Madeleine Albright called it Africa’s first World War. It was not the first time that foreign powers had used the DRC as a platform for settling their scores, but by 2003, many had hoped it would be the last. Ultimately, the war ended in a stalemate and resulted in the death of up to five million people.  Horrendous atrocities were committed by all sides against by a multitude of civilians. It officially ended in 2003, but in reality the war dragged on in the eastern part of the country through various armed groups who vied to control the riches of the country either for their own interest or for the benefit of neighboring countries.

In the meantime, Kabila was assassinated by one of his own guards, and absent any institutionalized mechanisms of succession, his twenty-nine-year-old son Joseph Kabila was sworn in as president. Kabila fils would prove to be an extremely capable politician, who forged ahead by creating civilian supremacy over the army and strengthening a system of political and business cronyism that helped him maintain control through a powerful system of internal security.

Kabila, under internal and international pressures, promised not to violate the constitution and allowed elections to take place. Many people cried foul following the elections, which brought to power Felix Tshisekedi, who after years in exile found himself as the head of the Union for Democracy and Social Progress (UDSP), one of the main parties that kept the struggle for democracy alive and consistent in the Congo under the leadership of his father Etienne Tshisekedi. Tshesekedi passed away in Brussels in 2017.

Despite all of this turmoil, change has come to the DRC. A high-level parliamentarian from the People’s Party for the Reconstruction of Democracy, Kabila’s majority party, has even said that the era of presidents staying in power for more than ten years has come to an end. It was a sign that even Kabila’s supporters understood that they had entered a new era in which political power could no longer be monopolized. Tshisekedi took almost eight months to form a government—a time frame which indicates that he is not a regime puppet. Instead, he is his own man, negotiating political power with the still influential Kabila. Today, the country sits at an uneasy crossroads. The transition to genuine democracy seems irreversible, if not slow, and the return to violence seems unlikely, though it is not unthinkable. The expectations of the people are very high and some foreign powers still see the DRC’s far provinces as resources to be plundered.

Tshisekedi has a monumental task at hand. He seeks to create a decent economy worthy of the riches of the DRC while stabilizing the eastern part of the country where violent militias still linger. East DRC is where troubles have historically begun. Stabilizing the region could create political stability in Kinshasa and bring peace to Uganda, Burundi, and South Sudan.

The international community must help the DRC move forward. The country needs investment and capital. Its recent step towards democracy shows that the path to development is no longer limited to extractive rents that could only be gotten through political cronyism. The new government is based on an internal structure of checks and balances.

The country’s economy is stabilizing. The new president has made it a priority to build the necessary infrastructure to support growth. This includes raising the output of electricity to meet local demands and spur an industrialization that will only be possible with access to power. The finances for these projects are available through third parties, but exploitative loans are not the answer.

The United States has the tools necessary to be a part of this new development. The U.S. government and Congress have worked together to introduce the Better Utilization of Investments Leading to Development Act of 2018 into law. That law has allowed the United States International Development Finance Corporation (USIDFC) to become a conduit for investment channels between the United States and the developing world. The USIDFC and other agencies can help the DRC build on its political stability.

There is already a thriving entrepreneurial spirit in the DRC and the young urban elite in Kinshasa, who are leading a number of start-up companies, are solving a variety of social and economic challenges. These entrepreneurs are keenly aware of the legacy that weighs down on their country but are optimistic about the new political and business realities. Thus, amid the ongoing global trade wars, the DRC—and the continent of Africa—presents an even greater opportunity for potential investors.

One former high-level U.S. official, who is now part of a global investment firm, recently confessed in a personal note that “the deterioration in governance, rule of law, and security has led us to close our Africa office.” In the DRC, the opposite is happening. The country is on a better path. Its success will be a harbinger of a better Africa and a stable world.

Talal Belrhiti is cofounder and partner at Afrique Advisors, a Pan-African advisory firm.