Could China Spark the Next Global Financial Crisis? 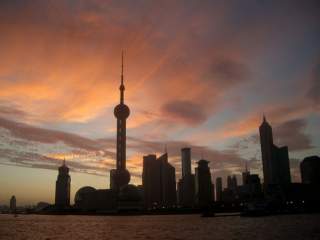 China’s slowing property market has forced Beijing to put its foot on the policy gas pedal, worried as it is by the effects of a deepening slump. For a government whose legitimacy is based on economic growth, the consequences of the property bubble bursting could be far-reaching, threatening not only China, but the region and beyond.

Fuelled by cheap credit and a lack of alternative investments, China’s property market enjoyed a massive boom during the past decade that has only recently cooled. According to the McKinsey Global Institute, property prices increased by 60 percent from 2008 to August 2014 in forty Chinese cities, with residential property prices in prime locations in Shanghai now only about 10 percent below levels in New York and Paris.

With 89,000 developers, China’s property industry now accounts for 15 percent of its gross domestic product (GDP) and 28 percent of fixed-asset investment.

However, the industry’s growth has produced a massive debt burden that leaves the economy vulnerable to a property hangover. According to McKinsey, nearly half China’s debt (excluding financial-sector debt), or nearly $9 trillion, is directly or indirectly tied to real estate.

Lending to property developers accounts for up to 15 percent of outstanding loans, with a similar share in lending to companies in construction-related industries such as cement and steel. Since 2007, the stock of mortgages has expanded by 21 percent every year, with household debt quadrupling to reach nearly $4 trillion in the second quarter of 2014.

“Across the industry, margins are falling, interest-coverage ratios are shrinking, and operating cash flow is becoming erratic,” according to McKinsey. Small and medium-sized developers, which account for more than four-fifths of industry revenue and assets, are particularly vulnerable given their smaller margins and higher debt levels than larger competitors.

Growing bankruptcies in the sector would have damaging effects for city commercial banks, where real estate accounts for up to a third of their loan portfolios, as well as the “shadow” banking sector. Local governments are also heavily exposed, with up to 40 percent of current debt servicing and repayments funded by land sales.

Like other asset bubbles, housing bubbles are notoriously difficult to detect until they pop, but there is growing evidence of China’s bubble bursting. After rising 26 percent a year for ten years, the value of residential property transactions in forty Chinese cities fell by 14 percent from April 2013 to August 2014. The impact has been even bigger in the major cities, with a 33 percent drop in Beijing and 21 percent in Shanghai.

Inventory levels of unsold housing stock have climbed to as high as 77 months of sales in “Tier 3” cities such as Guiyang, and even fifteen months’ worth in Tier 1 cities such as Beijing and Shanghai, sparking reports of China’s “ghost cities.”

The number of vacant homes in China was estimated in 2014 at 49 million, double the U.S. level at the peak of the subprime mortgage crisis, according to Gan Li of Texas A&M University. The U.S. vacancy rate peaked at about 13 percent in the third quarter of 2009 as the U.S. property bubble bust, but China’s was estimated at over 22 percent in June last year.

“Once expectations change, the high vacancy rate will put lots of pressure on prices and could see them collapse," he told the Australian Financial Review. “A cold winter for the Chinese housing market is coming."

That winter has already arrived, with the Chinese property market continuing to weaken in 2015. According to ANZ Research, housing sales dropped by 16.3 percent in the first two months of the year, compared to a 7.6 percent fall the previous year. Unsold new home inventories also rose to nearly 16 months’ worth of sales in thirty-five major cities by the end of February, compared to around 15 months at the end of 2014.

“If the softness in the property market continues, China will likely miss the growth target of 7 percent for the whole year,” ANZ economists said.

Worryingly for China’s local governments, land purchased by property developers slumped by over 30 percent in the first two months of 2015.

“If the land sales revenue were to drop sharply this year, local governments will likely have difficulties to finance their investment projects under construction and their existing debts, further weighing on the economic growth and giving rise to default risks of local government financing vehicles,” ANZ said.

China’s property slump has not escaped the attention of the government, which is worried by public discontent over the effects of the slowdown together with increasing pollution and corruption. In 2014, China’s GDP expanded by 7.4 percent, its slowest pace since 1990, and this year’s official growth target of 7 percent already appears challenging.

In late March, Beijing responded by rolling out a new round of measures to boost property prices. These included an easing of the down payment needed for a second home to 40 percent from 60 percent, as well as an exemption from transaction tax for sellers who hold a property for two years instead of the previously stipulated five.

ANZ Research described the measures as “significant, suggesting that Chinese authorities are deeply concerned about the property market slowdown.” Amid weak economic activity data in 2015, it expects the Chinese economy will fail to reach the government’s target this year, predicting a 6.8 percent GDP growth rate as it struggles to shift gear from investment to consumption-driven growth.

On June 3, the OECD revised down its forecasts for China’s economy to 6.8 percent growth in 2015 and 6.7 percent next year, warning of “growing excess capacity in real estate and several manufacturing industries.”

While China still has further scope to support its sagging property market, such as cutting interest rates and lowering the property transaction tax, the consequences of a “hard landing” could spread far beyond its cities.

Already, China’s slowing property market has cooled the prices of commodities such as coal and iron ore, reducing incomes of commodity exporters such as Australia and Indonesia and threatened the region’s growth prospects.

Chinese property investors have also exercised a growing influence over property prices in key cities in North America, Europe and Australia, with any sudden pullout likely to have a significant impact.

A property bust could therefore potentially spark a new “global financial crisis with Chinese characteristics,” with Chinese trade and investment plunging. At home, increased bankruptcies and unemployment would challenge social stability, potentially leading to increased military adventurism in the South China Sea and elsewhere as Beijing strives to divert attention to foreign “enemies.”

Chinese domestic investors are now pouring their money into stocks, with both the Shanghai and Shenzhen bourses doubling in value over the past year.

With China’s property market having apparently burst its bubble, will Chinese stocks be next? The consequences could be earth shattering for more than the Middle Kingdom.