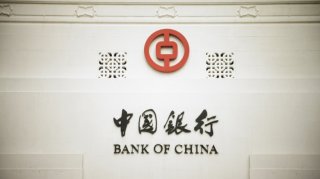 In a “Black Monday” for global stocks, the Shanghai bourse plunged 8.5 percent on August 24, wiping out its entire gains for 2015 despite previous heavy-handed interventions by the Chinese authorities. Five straight days of falls saw $1.4 trillion slashed from Chinese stock valuations, triggering the biggest correction in international markets since the 2011 European sovereign debt crisis.

The plunge followed a previous 150-percent gain in Chinese stocks in just twelve months, driven by an army of individual investors and egged on by state media.

The Australian Financial Review’s China correspondent, Angus Grigg, said the CCP appeared “distracted,” with its leaders “more worried about what shiny weapons they’ll show off” at the September 3 military parade planned for Beijing, marking the 70th anniversary of the end of the Second World War.

“President Xi Jinping’s preoccupation with muscular nationalism has come at the expense of the economy, which has entered another period of instability…Beijing is stoking popular resentment against neighboring Japan when the focus should be on growth,” Grigg said.

“Suddenly global investors have no faith in Beijing’s ability to manage the economic slowdown, even though this trend has been playing out for the last five years.”

According to Grigg, the trigger for the stock sell-off was the government’s mishandling of its currency devaluation on August 11, which was interpreted by many analysts as a sign that the world’s second-biggest economy was slowing faster than expected.

China is targeting gross domestic product (GDP) growth of 7 percent for 2015, the slowest expansion since 1990, with the latest quarterly GDP data coming in exactly on target. However, recent weak data including the worst manufacturing activity in over six years has raised renewed question marks over the reliability of Chinese data, with a number of analysts stating the real GDP number is likely around half the officially approved number.

For a region that has become dependent on Chinese demand, the implications of a further slowdown are severe.

Japan’s economy contracted by an annualized rate of 1.6 percent in the second quarter, with exports posting their biggest drop since 2011 on the back of declining Asian demand. According to analysts, weaker demand in the nation’s biggest trading partner could see the world’s third-biggest economy struggle to revive growth and overcome deflation, despite massive monetary stimulus by the Bank of Japan (BOJ).

According to Naohiko Baba, chief Japan economist at Goldman Sachs, both China and the United States account for around 2 percent of Japan’s value-added goods demand, with a downturn in China set to offset an upturn in the U.S. economy. Every percentage-point fall in China’s domestic demand costs Japan 0.1 percent of GDP, while the regional spillover effects are also damaging, given that more than half of Japan’s exports go to Asia.

The International Monetary Fund has estimated that a 1-percentage-point hit to emerging market growth causes a 0.5-percentage-point fall in Japan GDP—five times bigger than its effect on the United States.

China’s slowing demand has also weighed on oil prices, damaging Japan’s prospects of reviving inflation along with hitting the incomes of major regional exporters such as Malaysia, along with Australia’s emerging liquefied natural gas industry.

According to analysis by the Guardian, China’s 15-percent decline in imports during the first half of 2015 has already slashed $25 billion off Australian exports compared to the previous year, with $18 billion lost by Japanese exporters, nearly $14 billion by South Korea and $12 billion from U.S. exports. Elsewhere in the region, Indonesia has dropped nearly $7 billion, India $3.7 billion, New Zealand $3.5 billion and Malaysia and Singapore around $2 billion each, with Thailand down $1.4 billion.

Australia’s $60 billion worth of minerals exports are already feeling the pain of reduced Chinese commodities demand, given China’s influence on such markets. According to the Wall Street Journal, China now accounts for 40 to 50 percent of world consumption of commodities such as aluminum, copper, nickel, steel and tin, while for agricultural commodities its share is around 30 percent for cotton, rice and soybeans, and over 20 percent for corn.

China’s planned switch from investment-led to consumption-driven growth is expected to see further falls in its demand for metals, while its cheaper currency has also spurred an uptick in its own exports of aluminum and steel. However, “soft” commodities such as coffee and cocoa, along with beef and wheat, could benefit, as China’s expanding middle class acquires a taste for Western lifestyles.

The biggest worry for analysts, though, is China’s opaqueness, adding to the difficulty of assessing the outlook for an economy that accounts for 15 percent of global output. Japan held a similar share before its stock and property bubbles burst in the early 1990s, but unlike China, it was far more transparent about its numbers.

“With my G7 and many G20 counterparts there were frank, honest conversations; you were on the phone pretty frequently, often weekly,” a former U.S. Treasury official told the Wall Street Journal.

“With China, you don’t know who to call. It’s hard to know where decision-making occurs or who’s calling the shots.”

Like much of the world’s shoes, toys and trinkets, the next global recession may also be “made in China,” according to Ruchir Sharma, head of emerging markets at Morgan Stanley Investment Management. Sharma says an extended slump in China could drag global economic growth below 2 percent, the equivalent of a world recession.

Citigroup chief economist Willem Buiter agrees, telling media Thursday that China is “sliding into recession” and only large-scale fiscal stimulus will prevent it.

As CCP officials watch tanks and other military hardware roll through Tiananmen Square on September 3 to mark the “War of Resistance Against Japanese Aggression,” they might pause to consider the importance of economic success to the nation’s newfound military prowess. Or as Japanese prime minister Shinzo Abe might tell his Chinese counterpart had he taken up plans for a visit: In markets, what goes up, often comes down.