Could Donald Trump’s War Against Huawei Trigger a Real War With China? 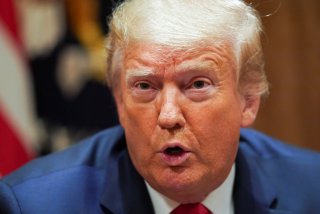 As Taiwan’s foreign minister, Joseph Wu warned two weeks ago: “If Hong Kong falls, we don’t know what’s going to be next. It might be Taiwan.” The U.S. government has condemned Beijing’s actions loudly, with Secretary of State Pompeo calling them a “death knell for Hong Kong’s autonomy.” It is currently preparing to respond with sanctions and even considering denial of Hong Kong’s special status for trade and finance, despite the fact that this would do more damage to Hong Kong than to Beijing. And many members of Congress are howling for more.

All this is certain to become ammunition in the most vicious war going on today—which is the war within the United States. Trump is fighting for reelection to ensure what he sees as his own personal survival and the future of his vision of America, against Joe Biden and the Democrats who are fighting for what they believe is the survival of American democracy.

In sum, as I wrote in Destined for War? (which was published on Memorial Day three years ago), we should expect things to get worse before they get worse. As the United States increasingly demonizes a rising China that is threatening to displace us from our position of leadership in every arena, and China pushes back to ensure that it can achieve its China Dream, both should be acutely aware that Thucydidean rivalries most often end in real wars. Moreover, the major risk of war in these rivalries comes not from either the rising or ruling power deciding that it wants war with the other. Instead, actions that have unintended effects, third-party provocations, or even accidents that would otherwise be inconsequential or readily managed often trigger a vicious spiral of reactions that drag the principal protagonists to what both know would be a catastrophe.