Could an Emerging Power Achieve Peace in Ukraine? 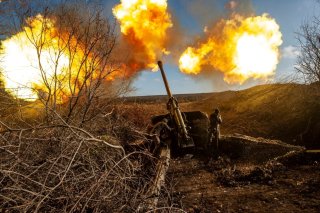 Over the past several days, there have been hints from both sides in the Russo-Ukrainian War that there may be grounds for a diplomatic solution. This avenue to peace is promising because of the massive military losses incurred by Russia, which have seriously weakened the nation and will require years if not decades to replenish. Also, both sides know that the coming winter months will make military operations more difficult, and result in more deaths on and off the battlefield. While the current climate for a diplomatic solution seems poor, I contend that this is an opportunity for an emerging power to step up in the international arena and broker peace between Russia and Ukraine to cement its place as a leading power, just as the United States did during the Russo-Japanese War (1904-1905).

Many themes regarding the Russian invasion of Ukraine are reminiscent of the situation during the Russo-Japanese War. The war resulted from the competing colonial expansion of Russia and Japan, both of whom wanted to dominate the Far East. Furthermore, the czar of Russia saw the war as a way to promote the popularity of his regime in a period of national decline and cement Russia’s place in the great empires of Europe. Japan saw the war as an opportunity to become Asia’s great power. After a series of failed diplomatic missions to avert war, the Japanese Navy launched a surprise attack on the Russian Navy at Port Arthur. After this thrashing, the Russians continued to suffer other defeats before finally agreeing to a negotiated peace in 1905. While not apparent to the Japanese public, the Japanese military was closer to collapse than was readily apparent.

While the actual situation of what happened in 1904-1905 is not the same as the current Russo-Ukrainian War (i.e., in 1904 Japan attacked Russia, and in 2022 Russia attacked Ukraine), it does offer many similarities that make the Russo-Japanese War a useful model. First, Russian forces in Ukraine, like in 1905, have suffered dramatic losses to what was initially viewed as an inferior foe. Also, the Russo-Japanese War was one of the first conflicts to illustrate the power of the Industrial Revolution in the mass production of weapons and equipment, much as the Russo-Ukrainian War has showcased the efficacy of drones and other technologies on the battlefield. In 1904-1905, the Russian Navy lost much of its fleet which was the centerpiece of power projection at the time. In Ukraine, Russia has lost many naval vessels and over 1,400 tanks and armored vehicles—the showpiece of modern land warfare. In 1904-1905 and today, the losses and defeats on the battlefield are hurting Russia domestically and internationally.

With such disastrous events occurring in Russia and Ukraine, the question arises of how to end the war and negotiate peace. Again, looking back in history offers one possible scenario.

In the case of the Russo-Japanese War, it was the United States that emerged as the peace broker. The United States was an emerging world power after defeating Spain in the Spanish-American War. Some argue that the victory marked the beginning of its empire and a period of massive economic growth. However, the United States was not a traditional world power like Great Britain, France, Germany, Austro-Hungary, and Russia since it was not engaged in the diplomatic treaties and agreements that those nations were, including the 1902 Anglo-Japanese alliance. Because of this web of alliances, most of the European powers could not be viewed as impartial enough to facilitate a treaty that would not be one-sided.

While the United States had been pro-Japan early in the war, President Theodore Roosevelt saw that the destruction of the Russian Empire and Japanese expansion in the Pacific would have negative effects on the United States’ economic and political designs in China and the rest of the region. By early February 1905, Roosevelt was attempting to get both sides to agree to talks with the United States serving as the host. After the Battle of Tsushima, which destroyed the Russian fleet, both sides agreed to talks. In August 1905, Japanese and Russian diplomats met at the Portsmouth Peace Conference and under Roosevelt’s mediation hammered out a peace treaty to end the war and maintain peace between those two nations until World War II. Roosevelt was awarded the 1906 Nobel Peace Prize “for his role in bringing to an end the bloody war recently waged between two of the world’s great powers, Japan and Russia.”

While it is safe to say that Roosevelt did not mediate the peace talks out of some altruistic motive, he saw that the war would further destabilize the world order and undermine U.S. economic interests in the region. Additionally, the peace treaty helped the United States emerge as an international power.

Today, the United States and Western nations of Europe are too involved in supporting Ukraine to be seen as impartial arbitrators of peace. Any negotiations by Russia would only be viewed by hardliners in Moscow as weakening their nation (which is already being done by the war). Yet this is an opportunity for another emerging power to establish itself in the international arena by serving as the mediator of a peace conference. This nation needs to have the diplomatic and military power, as the United States had in 1905, to be seen as a near-peer to Russia, but not a threat to Russia’s existence. Furthermore, the nation must not have a direct interest in the region (i.e Turkey) but have some economic interests at stake (e.g., Ukrainian food production). Finally, the nation should have few formal ties to allies of either Russia or Ukraine.

As the war has progressed the number of nations fitting these criteria has fallen. Iran, which has attempted to become a regional power, removed itself as a possible peace mediator by selling weapons to Russia. China, whom many nations are looking to as another leader, has been too supportive of Russia.

The shortlist of emerging powers that have stayed neutral in the war are Brazil, Saudi Arabia, and India (though India has still maintained close financial ties to Russia). All of these nations have things to gain by the war ending and have maintained a veneer of neutrality. This would allow both Russia and Ukraine to save some face through a mediated peace.

Of course, even if an emerging power like Brazil, Saudi Arabia, or India did attempt to broker a peace agreement, that does not guarantee it would be accepted or that Russia would abide by the terms in the long run. However, as more Russian forces are lost on the battlefield, Vladimir Putin’s allies begin to question him, and Ukrainians suffer through a harsh winter, more international pressure will be placed on Kyiv and Moscow to begin peace talks. This presents an opportunity for another nation to take its place on the world stage as a neutral arbiter. The United States and NATO need to understand this possible scenario and decide what is the best course of action to help broker peace, but also to understand the lasting consequences.

Dr. Edward Salo is an associate professor of history and associate director of the Heritage Studies Ph.D. Program at Arkansas State University in Jonesboro Arkansas. Dr. Salo teaches military history and is currently researching the weaponization of heritage in irregular warfare.