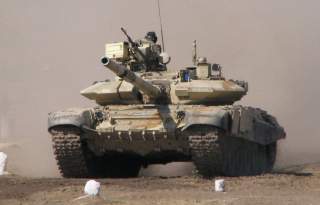 Following a raid by Indian special forces into Myanmar early this month, increasing attention has been given to the prospect that India might use similar means against Pakistan to pressure it to end support for anti-Indian militant groups. India’s on-going military modernization and headline-grabbing increases in defense spending have already raised concerns that it threatens to upset the delicate conventional military balance in the region and make military action a more attractive prospect for New Delhi.

Taken at face value, there appears to be some validity to this line of thinking. Indian defense spending has doubled in real terms since 1997, growing at an average of 6.3 percent per year. The Modi announced a further 11 percent hike, raising the 2015–2016 military budget to $39.8 billion. Moreover, India is presently the world’s largest buyer of conventional weapons, with upwards of $100 billion expected to be spent on modernizing its defense forces over the next decade.

Consequently, a number of scholars and analysts have suggested Indian military modernization is threatening Pakistan’s conventional deterrence and pressuring Islamabad to embrace battlefield nuclear weapons as a tool of self defense. Yet, this line of thinking overlooks the fact that the Indian military is beset by obsolete platforms.

(Recommended: If Pakistan and India Clash: 5 Pakistani Weapons of War India Should Fear)

Moreover, a pair of key structural factors mitigate whatever advantages India may be gaining through military modernization: terrain is not conducive to rapid successes in areas of significant strategic value, and in the most likely conflict scenarios, India is unlikely to achieve the strategic surprise necessary to make a limited offensive succeed. Consequently, Indian policymakers cannot be confident that even a limited resort to military force would achieve a rapid result, which is an essential pre-condition for deterrence failure.

Since the mid 2000s, the Indian Army has explored changes to its force structure and concept of operations to enable short-notice offensives of limited duration that would seek to make several small thrusts to Pakistan to quickly seize and hold territory. Termed “proactive strategies,” the aim is to rapidly mobilize division or smaller sized formations to carry out retaliatory conventional strikes that would deter or punish Pakistan for its links to terrorist groups, while simultaneously pursuing narrow enough aims to deny Islamabad a justification to escalate the clash to the nuclear level. In particular, the Indian Army seeks a rapid mobilization and offensive action by division or smaller sized formations who would seek to punish enemy forces or seize territory in a limited offensive of short duration.

Unsurprisingly these efforts have not been well received in Pakistan, whose leaders view the country’s conventional armed forces as the cornerstone of their strategic deterrent capability.

Consequently, in recent years, a number of Pakistani analysts have sounded warnings about the Indian military’s alleged growing quantitative and qualitative advantages, alleging that Islamabad’s inability to keep pace with New Delhi’s military build up has increased the pressure to expand Pakistan’s nuclear arsenal to include low-yield warheads and short-range delivery systems. These concerns have been echoed in Washington, D.C. A number of researchers at think tanks, including the Carnegie Endowment, the Congressional Research Service, the Council on Foreign Relations, and the Hudson Institute appear to share the beliefs of the Stimson Center’s Michael Krepon that Pakistan’s recent embrace of the utility of tactical nuclear weapons and broader Pakistani efforts to enhance the quality and quantity of their nuclear arsenal is a result of “India’s growing conventional capabilities and its more proactive military plans.”

Despite the seemingly dramatic increases in its defense spending, the Indian military—in particular the Army—faces numerous capability shortfalls that would hinder military operations against Pakistan.

The large number of obsolete tanks, armored vehicles, and artillery pieces, not to mention critical shortages of ammunition and air-defense assets, raise serious questions whether India can undertake large-scale military operations at all, let alone whether ongoing defense modernization really is sharply shifting the conventional balance in its favor. Although Indian defense spending has gained attention worldwide, much of that money has been spent merely replacing obsolete weapons and equipment.

The most visible manifestation of the “hollowing out” of the Indian Army occurred in the aftermath of the 2008 Mumbai attacks, when then Army chief General Deepak Kapoor reportedly was forced to admit to the country’s political leadership that the Army “was not ready for war” with Pakistan in retaliation for the terrorist attacks.

Consequently, deterring Pakistani support for terrorism via conventional punishment faces a number of obstacles, including a lack of sufficient numerical superiority in the conflict zone, unfavorable terrain for a quick offensive and a lack of strategic surprise that could offset these other two factors.

Since the end of the Cold War, the manpower balance between the two armies has hovered around a 2:1 ratio in India’s favor. However, just 18 of the army’s 36 divisions are stationed in the states bordering Pakistan, fifteen of which are infantry divisions, with only limited offensive power. In contrast, 18 of the Pakistani army’s 22 divisions—including both of their armored divisions—are deployed in provinces adjacent to the international border. If we account for the estimated 70,000 Pakistani soldiers that have been temporarily redeployed to confront the Pakistani Taliban, India’s manpower advantage at the theater level at the start of any crisis would be 1.2:1.

The conventional wisdom amongst some defense analysts is that an attacking force requires a minimum of a 1.5:1 superiority in forces at the theater level to succeed. However, an attacker would likely seek a larger advantage, on the order of 2:1, before initiating offensive operations and those seeking a decisive outcome would want still higher force ratios in their favor. In any instance, India’s local force advantage is not decisive. Although in a longer conflict India could bring its numerical superiority to bear, the military has numerous shortfalls of ammunition and equipment that make a struggle of more than a few weeks duration unlikely. For example, as of August 2014, the Army lacked ammunition to undertake more than twenty days of “intense fighting” with less than seven days of reserves of key stocks of artillery ammunition, anti-tank missiles and a “critical shortage” of ammunition for its main battle tanks that would run out after ten days, hardly enough time for additional forces to make a difference.

In terms of equipment for ground combat, Pakistan appears to have partially closed a nearly 2:1 gap in tanks that India possessed in the early 1990s, to the point where India’s advantage is just over 1.15:1. However, this modest edge is undercut by the fact that Pakistani armored units are primarily stationed in the vicinity of the international border, while India’s are primarily based in central India.

Moreover, it is alleged that large numbers of the Indian army’s fleet of tanks are nearing obsolescence and unable to operate at night, while their modern replacements are unsuited for operations in the desert regions around the international border. Unsurprisingly, some Indian defense analysts have suggested that their army requires at least 1,500 modern tanks to gain a conventional edge.

The major shortcoming for Indian forces seeking to undertake a short-notice offensive is their lack of mobile artillery to provide fire support to advancing units.  Political scandals and bureaucratic red tape have left the army with just 10 percent of the self-propelled artillery its mobile armored brigades and divisions require, constraining the kind of bold thrusts a limited aims offensive would require. A recently announced plan to acquire 814 mounted gun systems will address some of this shortfall, but the byzantine nature of Indian weapons procurement and a history of repeated artillery acquisition failures makes it unknown when, if ever, these weapons will actually find their way into service.

The 2,900 kilometer long Indo-Pakistani border is characterized by diverse and varied terrain that has differential impacts on military operations. In Kashmir, the landscape is mountainous and heavily forested. When combined with a lack of wide roads, the movement of vehicles and large military formations is significantly hindered. Depending on the time of year, it is possible to conduct large-scale military operations across the Line of Control (LoC) in the areas of south Jammu and the Kashmir valley. However, difficult terrain and under-developed transport infrastructure, in the words of one scholar, “makes swift, deep penetrations unlikely, if not impossible, in the face of even minor resistance.”

A second section of the border running from Southern Jammu and Kashmir through the Punjab down to Northern Rajasthan is marked by a near continuous line of concrete irrigation canals that stretch for 2,000 kilometers. Not only does this network of canals and their tributaries form an obstacle in its own right, they have been turned into defensive fortifications with the addition of large pilings of soil, concrete bunkers, minefields, and fortified gun emplacements. Securing a bridgehead and mounting a cross-canal assault against a dug-in opponent will be a time consuming and bloody affair.