Could Iran Elect Its Own Rodrigo Duterte? 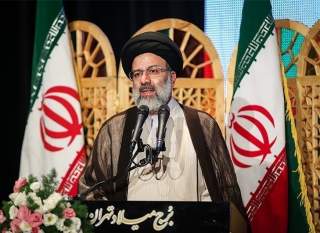 The impact of Raisi’s election on the United States would be complicated, too. He clearly favors a tougher policy towards Washington, and relations would likely be conducted by actors less dexterous than Mohammad Javad Zarif and Abbas Araghchi. While Raisi does not oppose the nuclear deal, an attempt to squeeze more out of the United States within the current framework would have unpredictable consequences, since the Trump administration shares his wariness of the deal. Even so, much of the regime’s foreign and defense policy rests beyond the authority of the president, and is instead in the hands of the supreme leader and the Revolutionary Guard.

Still, the presence of a more reliably hardline figure in the presidency would shift the domestic context of Iran’s foreign policy. There would be few voices for detente with the United States, even as there are fewer voices for detente in the United States. The risk of a war, which would likely be a disaster for both Iran and America, would grow. The MEK, which has long worked to enlist American blood and treasure in its quest to regain power in Iran, would present itself as Raisi’s oldest enemy. Bids to increase pressure on Iran on human-rights grounds might find new traction, although measures against Raisi would presumably not be taken against the even deadlier president of the Philippines, Rodrigo Duterte, whose state, far from being an enemy, we have legally committed our nation to protect.

In the medium term, Raisi’s rise would leave the moderate camp with a severely diminished voice in the Iranian power structure, a distortion that could raise the risk of upheaval. And in the long term, a Raisi victory would boost the likelihood that the former death panelist would become the next supreme leader. Even in the sorry history of the Islamic Republic, a win by Ebrahim Raisi would be a step back.

John Allen Gay is coauthor of War With Iran: Political, Military, and Economic Consequences. He tweets at @johnallengay.