Could Italy Default on Its Debt Due to the Coronavirus? 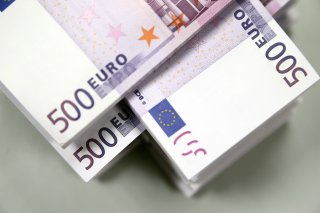 The world is already experiencing the worst global economic recession in the postwar period, so the last thing its global economy needs is another round of the Italian sovereign debt crisis. Yet that seems to be what the German constitutional court now has set it up to experience by throwing into question the legality of the European Central Bank’s bond-buying program.

This week, ruling on a long-running case on the legality of the bank’s earlier quantitative easing program,  the German court said that the German government and parliament must take active steps against the bank’s bond-buying program in its current form.

To that end, it instructed the German government to ensure that within three months the bank carried out a “proportionality assessment” of its earlier quantitative easing program. That assessment would be to determine whether or not the economic and fiscal policy effects of the bank’s bond-buying policies outweighed its monetary policy objective. The German court threatened to block German participation in any future bank bond-buying program unless the bank provided a satisfactory assessment of its policies.

It would be a gross understatement to say that the German constitutional court’s ruling comes at a most awkward time for Italy, the Eurozone’s third-largest member country, and the one most likely soon to need a large bank bailout.

Being at the epicenter of the European coronavirus epidemic, Italy’s economy is officially projected to decline by around 10 percent in 2020. That, in turn, is likely to put the country’s public finances on a clearly unsustainable path. According to the International Monetary Fund, Italy’s budget deficit is likely to balloon to 8 ½ percent of GDP this year. Meanwhile, by year-end, its public debt to GDP ratio is likely to rise to 160 percent, with every prospect for further increases in that ratio as the country continues to have difficulty in generating economic growth in its Euro straitjacket.

The collapse of the Italian economy and the deterioration in its public finances will mean that in the year ahead the Italian government will have very large financing requirements. Not only will it need to finance a budget deficit of close to $200 billion. It will also need to roll over around $400 billion of maturing government bonds and it will need to provide substantial support to its banking system that will be weighed down by a mountain of non-performing loans.

Up until now, the markets have been prepared to finance the Italian government at reasonably low interest rates. However, they have done so on the implicit assumption that, if need be, the bank would be there to bail Italy out by buying unlimited amounts of its bonds in the secondary market.

The German court’s ruling that the bank must provide a satisfactory policy assessment within the next three months must throw that assumption into doubt.  If Italy were to come under real-market pressure in the months immediately ahead, then the bank would be reluctant to engage in aggressive Italian government bond-buying for fear of giving the German court cause to restrain the German government from participating in future bank bond-buying programs.

All of this heightens the chances that there could be a full-blown Italian sovereign debt crisis by as early as this summer. This is something that should not be taken lightly since Italy has the potential to roil world financial markets. After all, the Italian economy is about ten times the size of that of Greece and Italy has the world’s third-largest sovereign bond market after the United States and Japan.

In the past, European policymakers have succeeded in defusing their economic crises, albeit not before they stared over the abyss. Hopefully, this time around they will be more proactive in finding an early solution for the currently brewing Italian sovereign debt crisis. However, given the real risk that both German and Italian politics could put a solution to the Italian debt problem out of reach, U.S. economic policymakers would be well-advised to prepare now for a worst-case Italian debt default scenario.