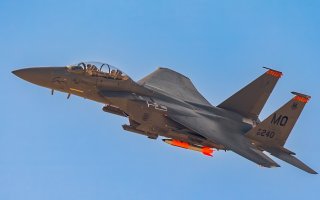 President Joe Biden might be right that the use of tactical nuclear weapons in Ukraine will lead to “Armageddon.” Since NATO is outmatched 250 to 2,000 in the category of non-strategic nuclear weapons, it may well have to choose between escalation to the strategic level of war (which would be disastrous for all concerned regardless of the outcome) or defeat if it finds itself on the wrong side of the nuclear threshold. Ironically, some of the Western commentators who most fervently oppose the use of any nuclear weapons see this rather precarious position as desirable: they want the United States to carry out massive retaliation in the case of any nuclear use against NATO forces, or at the very least threaten to do so. They believe that the best method for a country to deter a nuclear attack is to repudiate the very idea that a nuclear war could be limited, even to the point of unilaterally abandoning the capability to fight such a war. Merely possessing the capacity for limited war—so the argument goes—demonstrates to one’s adversary that there is some level of nuclear conflict that you find tolerable, and this makes nuclear war more likely. Possess only the capability for massive retaliation, and you will never have to use it. This is an alluring argument: it offers us the best possible outcome at a relatively low dollar cost. But everything has a price, and in the case of minimum deterrence, the price is extreme risk.

The present crisis has laid bare the hollowness of so-called “minimum deterrence.” Today, Russia is not threatening to nuke NATO; Russia is threatening to nuke Ukraine. When this war began, Biden frankly admitted that NATO and the U.S. military would not defend Ukraine in order to reduce the risk of nuclear war. Since then, NATO nations have been willing to spend only a small fraction of their historically modest defense budgets on aiding the Ukrainian cause. Now, however, Russian president Vladimir Putin is supposed to expect that NATO will go all-in for a country that it was willing to see occupied eight months ago. If he were a very cautious man, that possibility might be enough to deter him. Then again, if he were a very cautious man, there would be no war to begin with.

The fact is that a nuclear war can be limited in many ways, whether NATO likes it or not: in the number of warheads expended, in the geographical bounds of their use, in the types of strikes conducted, and in the types of targets struck. NATO might find this fact inconvenient today—since NATO now enjoys conventional superiority over Russia, it can only lose from nuclear escalation—but when the roles were reversed, limited nuclear use was the crutch of the Western alliance, and NATO leaders went to great lengths to prove that they would not be deterred from escalation by Russia’s strategic arsenal. The last time the Western alliance fought another great power in open war was the Korean War, when American bombers leveled every city south of the Yalu but dared not drop a single bomb on the other bank. Today, technological innovations such as improvements in Command, Control, Communications, Computers, Intelligence, Surveillance, and Reconnaissance (C4ISR); variable yield warheads; and greater missile accuracy make it more possible to limit the scope and impacts of nuclear war than ever before. Russia, then, has very good reasons to believe that NATO will not carry out massive retaliation in a war over Ukraine. That is why Russia cannot be deterred—much less defeated—by a policy of “minimum deterrence.”

The inconvenient truth is that it is not in the best interests of the Western powers to sacrifice themselves for Ukraine (or the Baltic States), and Russia has built its nuclear arsenal accordingly. If the United States wishes to deter Putin, it must demonstrate that it is willing and able to use means proportional to its strategic stake in the matter; and if deterrence should fail, NATO needs the means to avoid defeat at an acceptable cost. For this reason, it is long past time to end Russia’s virtual monopoly on nonstrategic nuclear weapons.

There are three critical deficiencies in NATO’s theater nuclear forces today. Firstly, they are vastly outnumbered; Russia has about as many non-strategic weapons as NATO has deployed strategic warheads, and therefore NATO would have to expend its entire strategic deterrent to match Russia on the battlefield. Secondly, the token theater capability which NATO does possess is highly vulnerable to surprise attack and can be effectively suppressed by Russia’s non-strategic arsenal even in the absence of surprise, which incentivizes Russia to attack pre-emptively or escalate an otherwise geographically limited war by hitting airbases in Western Europe. Finally, the destruction of NATO’s nuclear airbases would have the undesirable side effects of largely neutralizing NATO’s edge in conventional air power (which the Russians might not dare to do if not for the nuclear threat) and causing unnecessary civilian casualties which would further escalate the war. In short, the token theater capability which NATO possesses today is probably worse than useless.

There are many potential military solutions to these problems, but for the sake of brevity, we will highlight only three. Firstly, the United States should redeploy its existing B-61 nuclear bombs (including those currently deployed in Europe, and reserves in the continental United States) to its aircraft carriers, which will provide a more survivable capability to fight at the lowest level of nuclear conflict—striking mobile targets at the front—and avoid bringing unnecessary nuclear strikes down on the heads of NATO civilians. Secondly, the United States should rearm its submarine-launched Tomahawk land attack missiles with nuclear warheads, which will provide a survivable and cost-effective capability for attacking fixed forward area targets without the wasteful expenditure of strategic weapons, which are needed to match their Russian counterparts. Finally, the United States should work as quickly as possible to field nuclear warheads for existing Multiple Launch Rocket System platforms, which offer a survivable and cost-effective capability to promptly engage both fixed and mobile forward area targets without threatening Russia’s strategic forces, or incentivizing Russian ground bursts near populated areas. All of these measures will cost relatively inconsequential sums of money and should be given the highest national priority.

Inevitably, as was the case in the 1980s, there will be those who argue that these measures are an unnecessary provocation, and they will be partially right. It was entirely unnecessary for the United States, unbound by any arms control treaties, to unilaterally reduce its theater nuclear forces until they were outnumbered ten to one. Now that we are in this position, we probably cannot get out of it without somewhat disturbing the Russians. It may already be too late to substantially alter the outcome of the present crisis, and if NATO will soon have to choose between general war or capitulation, then history will remember that NATO’s voluntary and completely unnecessary weakness helped bring it about. On the other hand, the present stand-off (or the war that may follow it) could last for many months; and regardless of the outcome today, there will be future crises for which these forces will be necessary. Better late than never.

Dr. Julian Spencer-Churchill is associate professor of international relations at Concordia University, and author of Militarization and War (2007) and of Strategic Nuclear Sharing (2014). He has published extensively on Pakistan security issues and arms control, and completed research contracts at the Office of Treaty Verification at the Office of the Secretary of the Navy, and the then Ballistic Missile Defense Office (BMDO). He has also conducted fieldwork in Bangladesh, India, Indonesia, and Egypt, and is a consultant. He is a former Operations Officer, 3 Field Engineer Regiment, from the latter end of the Cold War to shortly after 9/11.