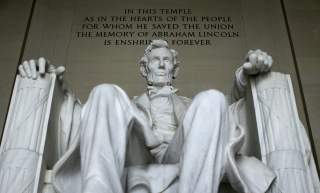 As a Jewish child who escaped Nazi Germany, and whose extended family perished in the concentration camps, I got a check from the German government. It did nothing to change my feelings about the Holocaust or Germany. The same problem is faced by those who have been calling in the recent days for reparations for African American descendants of slaves. There is not a sum large enough to compensate these Americans for what has been done to their ancestors. At the same time, a large majority of Americans oppose reparations. 81 percent of white Americans are against reparations, as are many African Americans. Even young Americans, who tend to be more progressive, are split on reparations with 49 percent opposing them.

No wonder a considerable number of the Democratic candidates running for president are hedging on the issue. Senators Kamala Harris, Elizabeth Warren, and Corey Booker each called for a commission to study reparations and vaguely suggested some policy changes might occur as a result. Senator Booker said he will propose a Senate bill to study reparations. Harris noted a study is needed as reparations mean different things to different people, and Warren declared a study of reparations is called for in order to address the “stain” of slavery. Senator Bernie Sanders calls for “reparations” to poor black, Latino and white communities, true to his Socialist position that emphasizes class over race.

Specific suggestions for reparations tend to involve large sums of money being allocated to individuals, communities, or institutions. Scholars William Darity and Dania Frank propose five different options for reparations: lump sum payments; grants for asset-building projects; vouchers for asset-building projects; in-kind reparations such as guaranteed higher education funding; and funding to build new institutions in black communities. Darity and Frank do not attach a figure to any of these programs but note the costs could range between $5 trillion and $10 trillion. Author and Democratic presidential hopeful Marianne Williamson has proposed providing between $200 billion and $500 billion for reparations, to be disbursed over twenty years. Williamson’s plan would entrust a council of African American leaders to allocate the money to educational and economic projects.

As I see it, the amount is best reached through negotiation with leaders of the African American community. And, the funds would take the form of vouchers that can be cashed for training, higher education, housing, or start-up capital for small businesses—and for African American leaders to determine which usages are proper and who gets how much.

For this to happen, both sides will need to feel that some measure of closure has been achieved. That it is granted nothing will make up for slavery, reparations will need to be accepted as an indication of a serious commitment to right the wrongs, and that the “rest” is forgiven though not forgotten. From here on, African Americans will be able to claim that they have been discriminated against only if they can show abuses are directed at them personally and not rely on statistics. Thus, if a qualified African American is denied a loan when a white person with similar qualifications is granted one—that African American should still be awarded compensation, to be determined by a court. However, not merely on the basis that a bank gives more loans to whites than African Americans.

To put it differently: the racial divide continues to plague America. It is well worth spending a large amount of funds—if it can finally be healed.

Amitai Etzioni is a university professor and professor of international affairs at The George Washington University. His next book, Reclaiming Patriotism, will be published by University of Virginia Press this summer.