Could the Great Oil Price Crash of 2014 Be a Disaster in the Making? 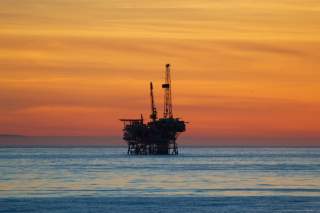 Oil prices have fallen by nearly half in the past year, cheering up American consumers who are under the gun due to persistent inflation in the cost of living. Gasoline prices are below $3 per gallon in many states as crude oil has reached a five-year low on global markets. Low gasoline prices mean more money in the hands of consumers, a happy thought if you are a retailer looking at modest sales data for the 2014 shopping season.

According to AAA, the average cost of gasoline is down almost $0.75 to $2.51 per gallon over the past twelve months, a remarkable change over a very short period of time. Indeed, the striking thing about the move in oil prices in 2014 is how quickly the price has changed and how completely this move has caught traders, bankers and energy producers by surprise. While the benefit to U.S. consumers may be very positive, the sharp and sudden move in oil prices is causing chaos for banks, energy companies, global financial markets and entire nations.

The most obvious negative impact from oil prices is seen in energy-producing nations such as Russia, Venezuela and Nigeria. Natural gas prices have fallen more than 12 percent this year. And oil prices have fallen by over 40 percent due to a glut of new supply and weak demand growth in many developing economies. The International Energy Agency has cut its estimates for demand for crude five times in the past six months, the Wall Street Journal reports.

The price of the Russian ruble has declined in tandem with oil prices, raising concerns about whether Russia will be able to service its hard-currency debt. But the decline in oil prices is more than just a supply phenomenon. The lack of growth in the demand for oil, coupled with rising supplies in the United States and elsewhere, has raised concerns in the minds of investors about the overall health of the global economy. Perhaps the leading concern is Russia, a nation largely dependent upon commodity exports for its survival in a financial sense.

“The foundations on which Vladimir Putin built his 15 years in charge of Russia are giving way,” write Henry Meyer and Ilya Arkhipov in Bloomberg. “The meltdown of the ruble, which weakened to a record low this week, is endangering the mantra of stability around which Putin has based his rule.”

Venezuela’s socialist government is also under siege. Falling oil prices have raised the possibility of a debt default and have forced the nation to curtail oil barter arrangements with allied nations such as Cuba. Ironically, as Venezuela’s oil exports fall, the United States is set to impose sanctions on Venezuela for human-rights abuses—this even as Washington has just relaxed some of the fifty-year sanctions on communist Cuba.

Besides the impact of oil prices on the petroleum-producing nations, the sharp and sudden change in the value of many commodities, including oil and natural gas is wreaking havoc on global capital markets. The significant decline in oil prices over the past several months illustrates an area of risk to banks and investors that is directly connected to the high-risk world of leveraged loans to small, heavily indebted companies.

Patrick Jenkins, writing in the Financial Times, sets the scene for the types of stories we can expect to read in the months ahead:

Last month, there was a hint of what might be around the corner, when it emerged that Wells Fargo and Barclays had exposure to big potential losses on an oil loan — specifically, $850 million of funding granted earlier in the year to back the merger of U.S. oil groups Sabine and Forest. Attempts to syndicate the loan had failed amid a falling oil price. The banks, which led the fundraising, were left holding mark to market losses estimated at as much as 40 percent.

The magnitude of the losses on loans to energy companies closely approximates the decline in the price of petroleum, but we all have seen this movie before. The oil price bust of the 1970s resulted in the failure of large banks such as Penn Square Bank and Continental Illinois National Bank. Three other institutions, Michigan National Bank, Northern Trust and Chase Manhattan, were badly hurt when the Federal Deposit Insurance Corporation repudiated oil loan participations purchased from Penn Square. Eventually, Michigan National Bank became part of Bank One, which, along with Chase Manhattan, was folded into JPMorgan. The assets of Seafirst and Continental Illinois were eventually sold to Bank of America.

The latest decline in oil prices is having a substantial impact on investors in leveraged loans to companies in the petroleum sector, as well as the banks that make these loans. In fact, federal regulators have been warning for more than two years about potential problems involving the $1 trillion market in leveraged loans. One indication of the magnitude of investor preoccupation with the risks created by falling oil prices is the recent retreat of investors from both leveraged loans and high-yield debt. After soaring for nearly two years and more, since June, investors have dumped tens of billions of dollars’ worth of leverage loans and funds that invest in these illiquid, high-risk assets.

The Securities and Exchange Commission has belatedly opened an investigation into sales of leveraged loans to mutual funds, an example of how securities regulators never seem to get ahead of the curve when it comes to market manias. After all, the Fed, FDIC and Office of the Comptroller have been warning about the risk of leveraged lending since 2012, but somehow, the good people at the SEC did not notice that many of these risky loans were being sold to funds, as well as being “participated” to banks and other investors in transactions that may not meet the basic test for sales.

Some economists believe that the drop in petroleum prices will be relatively short lived, but the reality is that the drop in the value of oil and gas was presaged years ago by weakness in other commodities such as copper. In many respects, the sharp drop in the value of oil in the second half of 2014 is just another aftershock from the financial bust of 2008, a reflexive adjustment by markets to changes in demand for key commodities. For the past three years, for example, home prices in the United States have gone up at double-digit rates, but now home prices are starting to fall again as the markets align with the true underlying demand in the U.S. home market.

As much as we’d all like to believe that the years of grinding adjustment since the subprime crisis are over, the precipitous decline of oil prices shows that the healing process is still underway. As I wrote in a research note for Kroll Bond Ratings last week:

Since the start of the 2008 financial crisis, central banks around the world have been trying to avoid asset price deflation and debt reduction, two necessary components of the economic healing process which must inevitably follow any credit bubble. Now, under pressure from falling commodity prices, the process of deflation seems to be gathering speed. While the Federal Reserve Board and other monetary authorities have targeted a 2% annual inflation rate in their policy formulations, it is pretty clear that as 2014 ends, deflation remains the dominant theme in the global economy for the New Year in 2015.