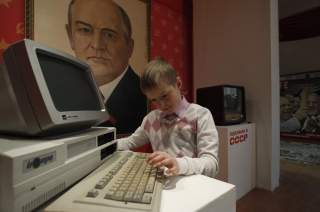 Would such a new country still effectively compete with the United States, Western Europe and a rising China on the global stage? Perhaps over the years and decades, the Soviet Communist Party itself would liberalize, as we are starting to observe with China’s persistent attempts at reinventing the same Communist message for its evolving cadres. Would this new union (let’s call it NU) scale back its numerous international commitments in order to preserve resources and hard currency? Perhaps that too would have to take place, with Eastern Europe’s eventual detachment from the Warsaw Pact. The new union’s commitments in Africa and Latin America may have to be diminished as well—although if this new Soviet country would be able to reform its economy as it did by 1928, then the West would be eventually faced with a strong, united Soviet state aiming to keep its place as the competing superpower.

It is likewise hard to predict how the NU would deal with rising China as a direct competitor to its Communist oversight over liberalizing economy. Perhaps the two would find ways to cooperate, considering emerging similarities in the ways they would be run and administered. Fast forward to 2017, with many countries adopting or contemplating Chinese model of state-run capitalism, and its not that far-fetched to imagine Soviet-run capitalism model emerging as competition to American, Western European and Chinese ones. Still, the NU surviving past the 1990s would have required a committed and strong Communist leadership capable of making hard decisions on behalf of the state. The Chinese themselves had to make such choices in 1989 when the military crushed pro-democracy demonstrations on Tiananmen Square. Moreover, the NEP’s success in the 1920s was possible due to the entrepreneurial class that still survived the Soviet Revolution and the Russian Civil War. However, by the 1980s, these people and their commercial knowledge were long gone, and the Soviet government lacked experts with working knowledge and the skill sets required to succeed in a free market.

Today, the emerging consensus is that Gorbachev, despite the willingness to use force to put down protests in the Baltics, would not have been able to keep the country together by sheer force. Or perhaps he was not there at the right time—were he to come to power later, as the NU would attempt its evolution towards state-managed capitalism, his skills and his visions may have made him a better manager. Its likewise important to note that despite the post-1991 euphoria in the Western world, the end of the USSR was not a foregone conclusion. The events of December 1991 caught the vast majority of analysts and policy-makers by surprise. Therefore, if the NU were to endure, it would have faced the same hostile American and NATO policies aimed at containing Moscow. Despite slowly implementing market principles across the country, the NU would still be a Communist state that would view its next evolution as the logical step towards global competition with the West.

Perhaps the Soviet Union could not be saved, given the circumstances that the country found itself by the late 1980s. Back then, various internal mechanisms and political processes ensured that even the enforcement of the general consensus would be hard to implement. Alternatively, the idea of a reformed Soviet Union may survive today in some form with a set of economic, military and political alliances forged by Russia (the USSR’s legal successor) with its neighboring former Soviet states. The Eurasian Economic Union, encompassing Russia, Belarus, Kazakhstan, Armenia and Kyrgyzstan, and closer integration between Russian and Armenian militaries points to this Soviet legacy. The USSR may not have been destined to survive, but the questions and deliberations about its potential evolution will continue to intrigue for years to come.

Image: A young visitor looks at an early computer on display at the Museum of the Soviet Union in Moscow February 24, 2013. The museum contains exhibits from all aspects of life in the Soviet period that were "Made in the USSR", according to museum officials. REUTERS/Sergei Karpukhin​