Could the Ukraine Crisis Reboot NATO? 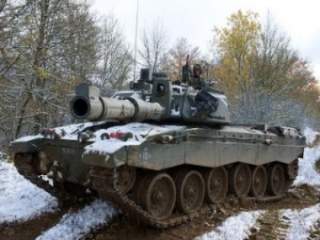 Even since the Russian invasion of Crimea began a few weeks ago, a certain degree of triumphalism has been felt throughout NATO security circles. A surprising number of Western leaders and analysts have been quick to declare that, thanks to Vladimir Putin, the United States will now pivot back to Europe again, Europeans will begin to take defense seriously, and NATO will get a renewed strategic purpose.

While all these outcomes are certainly possible, it's still too early to declare such a victory. The crisis in Ukraine is still an ongoing affair. The current crisis could spur a reinvigorated transatlantic alliance in the short term, but there are no guarantees that the effects will be lasting. In fact, if they are not careful, the Ukraine crisis could even undermine the NATO alliance going forward. The allies must therefore take steps to ensure that the opportunity stemming from the current crisis is effectively seized.

Will the United States Pivot to Europe?

For far too long, Washington has chosen to take a backseat role when it comes to European security. Not anymore—the Ukraine crisis will force the United States to boost its military presence on the continent in order to reassure its allies. As a result, NATO is already undertaking plans to reinforce its military presence in Eastern Europe.

Despite these latest troop movements, the United States is not pivoting back to Europe anytime soon. As the new Quadrennial Defense Review makes abundantly clear, the long-term U.S. objective is to downsize its military footprint on the European continent. Ukraine may alter the degree to which this occurs, but it will not fundamentally change the overall strategy. Clearly, the long-term challenge for the United States is not a declining Russia but a rising China. It is no surprise, therefore, that the United States will continue to focus on "rebalancing" to the Asia-Pacific region, despite what is currently going on in Ukraine.

Moreover, the Ukraine crisis could even hurt the U.S. role in Europe. Most European NATO allies still expect the United States to carry the heavy burden while they take a backbench role, if any role at all. NATO's response to Ukraine has mostly been a "U.S. response" thus far, something that may bolster those critics at home who argue that the United States is already doing too much around the world, and that "going to war over Estonia" is not worth it. Western European allies must send a clear message to Washington that they too have some skin in the game by offering to deploy some of their own military assets to Central European neighbors.

The Ukraine crisis has certainly awakened Europeans from their sleep. There is now a welcomed debate in Europe about defense issues. However, this is not to say that European nations will suddenly lay aside all their differences, both in terms of strategic outlook and threat perception.

On the contrary, rather than prompting Europeans to undertake long-overdue steps to enhance their own security, Ukraine may even further divide Europe. If anything, it has already highlighted major divergences in foreign-policy outlooks between European nations. For instance, while some Central and Eastern European states have advocated for a tougher EU approach, Germany in particular has cautioned against putting too much pressure on Putin for fear of aggravating Moscow and damaging its own economy—a sentiment that is shared by some other EU states.

Nor is it likely that the long-term trend towards shrinking European defense budgets will suddenly be reversed overnight. Over the past decade, European defense spending has declined at a steady, but alarming, rate. As a result, only a handful of NATO states currently spend more than 2 percent of GDP on defense. The U.S. share of NATO spending is now 70 percent, a bizarre situation, considering that the size of the EU economy is bigger than the U.S. economy.

European countries must therefore promote a shared threat perception and strategy for coping with Russia. Meanwhile, European leaders must also use the bully pulpit to explain to their publics that security is something worth investing in.

A New Strategic Rationale for NATO

Until a few months ago the alliance was still struggling to define its new mission following a decade of war in Afghanistan, but today the answer seems pretty obvious. Post-Crimea, NATO's role will look very similar to its old one: to serve as a deterrent to Russian aggression against allies in Europe. Ukraine accordingly provides NATO with a new strategic rationale, at least in the short term.

While the current crisis has underscored the critical importance of NATO to European security, whether re-focusing on territorial defense of Europe is enough to keep NATO globally relevant in the future is debatable. Threats elsewhere, such as in the Middle East and North Africa as well as Asia, beg for a NATO role. An equally important rationale for NATO going forward will be to forge stronger partnerships with countries such as Japan and Australia and groups such as the Gulf Cooperation Council. Of course, managing Russia will be key for NATO going forward, but it cannot be the "be-all and the end-all" for the alliance—focus must also be directed at other issues and regions.

Ultimately, the Ukraine crisis is both a tremendous challenge and a tremendous opportunity for the West. If seized, it could spark a much-needed rejuvenation of the transatlantic alliance, including the United States eventually pivoting back to Europe, a more serious defense debate in Europe, and a new strategic purpose for NATO. But this is in no way an automatic process and will only take place if Europe and America quickly get their acts together. Stronger political leadership, willingness to invest in defense, and readiness to confront Putin's actions are key. What is necessary right now is not ill-grounded optimism, but rather a realistic approach to confronting the greatest challenge to the transatlantic alliance since the Cold War.

Erik Brattberg is a Resident Fellow at the Atlantic Council in Washington, DC.