Could the Ukraine Crisis Spark a World War? 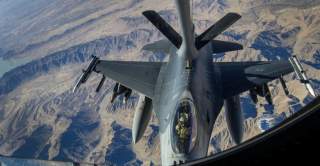 The rapid slide from lawlessness to violence that has claimed the lives of more than sixty people in the Ukrainian cities of Donetsk, Slovyansk, and Odessa in the past week sounds alarms that should be heard more clearly in Western capitals. The strategy Washington and the Europeans have chosen that focuses on the villainization of Putin (much as he deserves it), calls on him to withdraw support for the separatists, and threatens further sanctions if he does not is bound to fail. It will not stop the killing. It will not prevent the de facto dismemberment of Ukraine. It will not deter Putin from continuing whatever role he and Russia are playing in this process. And it fails to address the risk that what happens in Ukraine does not end in Ukraine.

Mark Twain observed that while history never repeats itself, it does sometimes rhyme. In the combination of Russia’s annexation of Crimea and the collapse of authority that is destabilizing Ukraine, can we hear echoes from a century earlier when the murder of an Austrian Archduke sparked a great European war?

The thought that what we are now witnessing in Ukraine could trigger a cascade of actions and reactions that end in war will strike most readers as fanciful. Fortunately, it is. But we should not forget that in May 1914, the possibility that the assassination of an Archduke could produce a world war seemed almost inconceivable. History teaches that unlikely, even unimaginable events do happen.

If those making fateful choices in Washington, Berlin, and Moscow today were to pause to reflect on what was done—and not done—in 1914, they would recognize that the current crisis poses much greater danger than they now imagine. This would stir them to think well beyond their current conceptions of events and to stretch to much bolder, preventative initiatives than we have seen thus far.

The storyline of events 100 years ago is well known. Then, the assassination of the heir to the Austro-Hungarian imperial throne by Serbian terrorists led European elites (many of whom were cousins) to grieve. But for several weeks essentially nothing happened. Then, on July 23, Austria delivered an ultimatum to Serbia with ten demands. Serbia capitulated, agreeing to nine of the ten. But having secured a “blank check” of support from their German patron in the meantime, Austria rejected the Serbian reply, mobilized its forces, and declared war on Serbia. In response, the Russian Czar mobilized his forces. Kaiser Wilhelm then mobilized Germany’s military. Within a week, the major states of Europe had declared war against each other.

Could this sequence of events have been prevented? In the century since, historians have identified a number of opportunities. Most have focused on failures to recognize trend lines that were heightening risks that a spark would ignite a larger fire. But even after the assassination, it was still possible that statesmen could have acted to prevent what happened. One major opportunity occurred in the last week before war, as Luigi Albertini, one of the most insightful historians of these events, has explained. On July 28, when the Kaiser saw the Serbian response to Austria, he recognized that his Austrian client was out of control and sought to reign him in. He wrote to his foreign minister that this is “capitulation of the most humiliating kind, and as a result, every cause for war has gone.” The German Chancellor, however, failed to communicate this message clearly enough to stop the Austrians in their tracks. Two days later, when the Chancellor finally realized that events were driving to a war Germany did not want, he sought an off-ramp. But by then Helmuth von Moltke, Chief of the German General Staff, had concluded that the risks of Germany’s not mobilizing were too great to bear. When he discovered that the Chancellor was chairing a meeting on July 30 to authorize a proposal to defuse the crisis, he crashed the meeting and stunned the Chancellor with the news that he had already obtained the Kaiser’s approval for German mobilization to begin.

The framework for an agreement short of war that the Kaiser outlined on July 28, and the Chancellor embraced on July 30, was basically the same concept the British Foreign Minister Grey had been discussing several days earlier in London. Serbia would be required to destroy the Black Hand terrorist group that had assassinated the Archduke. To assure that it complied with this demand, Austrian troops would be allowed to occupy Belgrade until that was accomplished.

Had this plan been implemented, Austria’s reasonable demand that Serbia be seriously punished for killing its heir apparently could have been satisfied. Russian concerns that its Orthodox brethren in the Balkans could remain independent would have been addressed. Germany would have had no need, or pretext, to respond to mobilizations in Russia and France, since they would not have occurred. Britain could have continued to play the role it had managed to play so skillfully for a century as the offshore balancer preventing the emergence of any dominant power on the continent. In the history books, this would be discussed as the third in a succession of Balkan crises that posed risks statesmen resolved.

At this point in the Ukrainian tragedy, the danger of a violent outcome that will dismember Ukraine is rising rapidly. In last Thursday's phone call with Chancellor Merkel, Putin demanded that to defuse the crisis, the Ukrainian government withdraw its troops from southeastern regions. Defying that demand, Kiev sent its military to try to retake the rebel-controlled eastern Ukrainian city of Slovyansk.

The week ahead will see two decisive days of reckoning: May 9, when Russians commemorate the Soviet Union’s victory over Nazi Germany, and May 11, when pro-Russian separatists occupying government buildings in a dozen cities in eastern Ukraine will hold a referendum on independence. As Ukraine’s interim prime minister said pointedly last week, the government of Ukraine faces a dilemma in which it is damned if it does and damned if it doesn’t. In his words, “On the one hand, the majority of Ukrainians are pressing the acting president to bring these terrorists to justice. On the other hand, if you start this kind of very tough operation, you will definitely have civilian casualties. And this is the perfect excuse for Putin to say look, these ultranationalists kill Russian speaking people”, giving him a pretext to send troops.

While a Russian emissary succeeded in freeing seven OSCE hostages last week as President Obama and Chancellor Merkel threatened further sanctions, both actions were more symbolic than of substance. Deeper factors driving events are in the saddle and riding toward a violent splintering of Ukraine. Unless U.S. and European leaders act in the week ahead, before Ukrainians vote for a new President on May 25, they will, de facto, have been partitioned. And even if the United States and Europe respond by imposing biting sanctions on sectors of the Russian economy—a big “if”, given the interpenetration of the Russian and German economies—facts on the ground will be no more reversible than Russia’s annexation of Crimea.

Some hard-headed realists have argued that even if Ukraine shrinks with the loss of several autonomous republics (as Georgia did in 2008 when Abkhazia and South Ossetia seceded), the impact on American interests would be limited. They also argue that since it is now clear that no one (other than Russia) is prepared to fight for Ukraine, what is happening is unfortunate but not that important. What this complacency overlooks are potential secondary effects. Two deserve attention.

First, on the current track, the combination of Putin’s actions and Western reactions will poison relations between Putin and Obama for the remainder of his two-and-a-half years in office. This is the critical period for what has been a promising prospect of a negotiated agreement that stops Iran verifiably (and interruptibly) short of a nuclear bomb. If an isolated Russian spoiler undermines the sanctions regime that has motivated Iranian interest in a negotiated solution, and Iran resumes or accelerates the nuclear program it was pursuing before the current pause, the United States and Israel will rapidly come to a crossroad. They will be forced to choose between seeing Iran acquire a nuclear bomb or bombing it to prevent that happening, igniting what is likely to become a wider war in the Middle East.

Second, think about the Baltics. Imagine a scenario in which we see a replay of Crimea or Donetsk in Latvia where one quarter of the population are ethnic Russians or Russian speakers. With or without Putin’s encouragement, several hundred of them occupy government buildings in Riga; Latvian police and security services evict them in an operation that turns violent and leaves as many corpses as last week’s fire in Odessa; the occupiers call on Putin to honor his pledge to “defend the rights of compatriots.” If the principles and precedent established by the Putin Doctrine lead to Russia’s little green men without insignia entering Latvia in what threatens to become another creeping annexation, who will fight for Latvia?