Could the War in Ukraine Have Been Stopped? 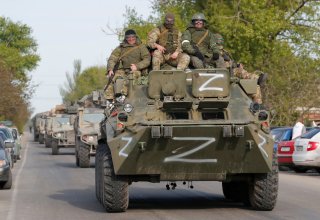 Since the beginning of the Russo-Ukrainian War, top U.S. officials have contended that Russian president Vladimir Putin has been uninterested in withdrawing his forces or ending the war anytime soon. Putin’s statements in recent months have certainly indicated that this assessment is largely correct, particularly as it has become apparent to Moscow that the United States and NATO are deeply committed to waging a proxy conflict against Russia. Two recent reports, however, raise questions about whether the war could have been stopped in its earliest days. Are the scuttled proposals to enact a ceasefire and settlement still relevant today? If so, should U.S. policymakers recalibrate their strategy in Ukraine and launch a diplomatic initiative to capitalize on Kyiv’s battlefield gains?

The first report suggesting that the war could have been stopped during its initial phase comes courtesy of an article written by Fiona Hill, a former Russia expert on the National Security Council, and Angela Stent, a nonresident senior fellow at the Brookings Institution, in the latest issue of Foreign Affairs. Hill and Stent wrote that,

According to multiple former senior U.S. officials we spoke with, in April 2022, Russian and Ukrainian negotiators appeared to have tentatively agreed on the outlines of a negotiated interim settlement: Russia would withdraw to its position on February 23, when it controlled part of the Donbas region and all of Crimea, and in exchange, Ukraine would promise not to seek NATO membership and instead receive security guarantees from a number of countries.

Why did this deal fall through? One answer could be that former British prime minister Boris Johnson, upon hearing about the interim settlement, flew to Kyiv to tell Ukrainian president Volodymyr Zelenskyy that the West would not support such an agreement. According to a May 5 report in the Ukrainian online newspaper Ukrainska Pravda, “sources close to Zelenskyy” said that “Johnson’s position was that the collective West … now felt that Putin was not really as powerful as they had previously imagined, and that here was a chance to ‘press him.’” The report went on to observe that “Three days after Johnson left for Britain, Putin went public and said talks with Ukraine ‘had turned into a dead end.’”

It is possible that Johnson’s efforts to dissuade Zelenskyy from pursuing a deal were negligible and that Putin decided on his own to end the negotiations. An exclusive new report from Reuters last week seemed to give credibility to this theory. One of Putin’s top aides, Dmitry Kozak, had reportedly drawn up an agreement with Ukraine at the beginning of the war in which Kyiv agreed that it would not join NATO. Another source claimed that the deal was negotiated just before the beginning of Russia’s February 24 invasion. Regardless of the timing, Putin rejected the deal since it did not include enough concessions and pressed ahead. (Reuters could also not verify whether any Ukrainian officials had committed to the deal.)

If the latter account is true, then it appears that Russia was uninterested in diplomatic options from the onset. But there are reasons to suspect that this is not the case. In April, Russian foreign minister Sergey Lavrov criticized a Ukrainian proposal that contained “unacceptable” provisions deviating from measures previously agreed upon by Ukrainian and Russian negotiators. The proposals being discussed reportedly included stipulations that Ukraine would not join NATO, remain neutral and non-nuclear, and receive international security guarantees. These measures were similar to the core demands Russia laid out in its public proposals to the United States and NATO months earlier. And yet these talks collapsed over four weeks after the Russian invasion.

If Putin had decided to abandon diplomacy from the onset of the war, then why did these multi-round negotiations go on for as long as they did? What would have been the point? Conditions on the battlefield were still fluid and uncertain; enacting regime change was increasingly unlikely at that stage. Russia’s drive to take Kyiv had stalled by early March and less than a month later, Russian forces had fully withdrawn from the areas surrounding the Ukrainian capital.

Putin might have rejected the deal presented to him by his aide since he wanted to apply military pressure first and see if he could extract a higher price from the Ukrainians at the negotiating table. Putin’s bet was based on over-optimistic assumptions that Kyiv would be reeling from the “shock and awe” of the invasion as well as the debilitating subversion of Ukrainian security, defense, and law enforcement agencies by secret agents. Both assumptions clearly failed to account for the true integrity of Ukrainian state institutions.

Ukraine’s recent advances in the northeastern Kharkiv oblast might seem to validate the arguments of those urging Kyiv not to sit down at the negotiating table and instead push all Russian forces out of its territory. However, Putin has made it clear that he will not accept a strategic defeat where Russia has not gained anything and only ensured that the United States and NATO will continue to arm, train, and equip Ukraine. Whether this leads him to declare a general mobilization is an open question, but Putin is quickly running out of options to achieve Russia’s war aims with the mobilized units available. Commentary on the declining quantity and quality of Russian equipment is also ominous for Putin, especially given reports of Russia purchasing drones and artillery shells and rockets from Iran and North Korea, respectively.

But even though Ukraine has been tight-lipped about its manpower challenges, there is no reason to think its forces are immune to the same issues plaguing Russian combat effectiveness. Ukraine’s ability to sustain its offensives and consolidate control over territory retaken in the Kharkiv and Kherson oblasts will be tested. Additionally, Ukraine’s fiscal health is in dire straits and the displacement of millions of people will place immense stress on underfunded state services as temperatures drop in the coming months.

The Biden administration should move quickly to capitalize on Ukraine’s battlefield momentum. A Russian general mobilization would be risky for Putin, but it could also reverse Ukraine’s gains. Presenting Russia with a diplomatic proposal similar to the one Zelenskyy touted early in the war—neutrality, non-nuclear status, and international security guarantees, as well as a promise to hold supervised referendums in Donetsk and Luhansk—could provide Putin with a diplomatic offramp that allows him to claim “victory” while avoiding greater harm to Ukraine.