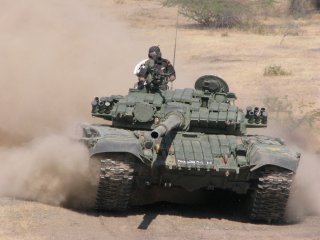 As the United States continues to deepen its involvement in Ukraine, policymakers say the dangers and costly sacrifices are still warranted. “As long as it takes,” stressed President Joseph Biden at the NATO summit in Madrid this July, “so Russia cannot in fact defeat Ukraine and move beyond Ukraine.” This escalatory approach is sustained by twin assumptions about the war, which claim Russian president Vladimir Putin resorted to an “unprovoked” military invasion of Ukraine to fulfill “maximum” aims of conquest.

But these purported assertions are erroneous.

And yet, they’re propagated, repeatedly, within the Western discourse over the war. The purpose of the narrative they conjure up is straightforward. The distortion and inflation of the threat serve to compel and enable Western governments to pursue—and maintain—hardline policies to deny Russia a victory in Ukraine.

Early on, with bias run amok in the West, the media’s glaring and lopsided access into the conflict had also undercut its legibility of what was happening on the ground. By default, it over-relied on information furnished by one side of the war’s ledger. This empowered Washington (and also Kyiv) with nearly unfettered access to shape the interpretation of the war and its events to Western audiences without facing much, if any, scrutiny.

In effect, the American public has been bamboozled into supporting a costly and risky proxy war against Russia. Then, it was actively led to believe that Ukraine was winning the fight, despite later reports that the U.S. intelligence community has lacked an accurate portrayal of the war on the ground from its very onset.

As a tool of foreign policy, threat inflation involves concerted and deliberate actions to misrepresent information and manipulate public perception so as to inspire overblown fear and outrage. In turn, this helps to justify costly and risky policies that would otherwise fail to earn sufficient political and public support. Such efforts not only amplify the threat posed by an adversary, but also characterize the source of aggression as an intrinsic quality of its leadership. This is to discredit the belief that its behavior may be a reaction to one’s own policies or actions motivated by circumstance. Thus, the course of action desired is situated within the public discourse as the only reasonable path forward.

Needless to say, Putin started an illegal and unjustified war. Yet, to enable a course correction toward a diplomatic solution, it’s the Western-based narrative about the war that requires a repudiation.

Take, for instance, the purported certainty in the West that Russia’s military sought to conquer a heavily populated and fervently nationalistic country nearly the size of Texas—and initially, intended to do so in a matter of days, no less. This belief is entirely baseless. In fact, even the U.S. military is incapable of pulling off such a feat in that little time. And yet, the falsehood, which formed the West’s perception of Russia’s intentions, remains unabated. So too is Washington’s incessant deflection of holding any responsibility for provoking the invasion, despite its ubiquitous and escalatory involvement in the precipitating crisis.

Today, the narrative of an unprovoked and maximum-aim war persists and dominates the public discourse in the West. There’s no doubt that it has advanced popular and political support for a noble cause. Not only does it help to punish Russia’s aggression in invading a sovereign country, but it also helps Ukraine defend itself. Now surpassing $53 billion in total aid since the war began on February 24, the notable U.S. commitment aims to keep Ukraine in the fight over the long term. By extension, it prolongs the effort to bleed and degrade Russia’s military in hopes of ushering in its retreat from Ukraine.

However, the trade-off in keeping a distorted reality intact undermines better judgments in bringing the war ravaging Ukraine to a responsible end. Indeed, despite the strategic and moral goals the narrative is meant to facilitate, its propagation has also obstructed diplomacy, expanded the consequences of the war beyond Ukraine, and intensified its modes of destruction within it. More troublingly, the blowback continues to compound. Since the West’s approach was founded on misleading assumptions to enact it, ensuring its continuation over time will become more difficult and inextricably bound up with risky military escalation and greater adverse effects on the global economy.

In late 2021, as pessimism over the crisis ramped up, Biden pledged to put together “the most comprehensive and meaningful set of initiatives to make it very, very difficult” for Putin to “do what people are worried he may do.” This included deterrence of both the punishment and denial variants. Deterrence-by-punishment involved a range of retaliatory sanctions inflicted on Russia’s economy if it invaded its neighbor. Deterrence-by-denial centered on manipulating Putin’s calculus to avoid an invasion by making it unlikely to be successful. Additionally, this also prepared the U.S. to burden, complicate, and spoil Russia’s chances of a speedy and economical victory should it resort to war.

But problems with U.S. strategy persisted. On the one hand, hesitancy in Europe, given the continent’s economic dependence on Russian energy exports, hindered the credibility of deterrence-by-punishment. To sanction Russia risked retaliatory measures in kind. On the other hand, deterrence-by-denial was inoperable through direct military engagement. Ultimately, Russia’s nuclear arsenal eliminated that possibility and neither the U.S. nor NATO intended to send troops to Ukraine, fearing escalation toward nuclear brinksmanship. To issue threats of direct war would be regarded as a bluff by Moscow and fail to deter its aggression.

Thus, to fill the coercive void and strengthen and signal resolve, Washington turned to threat inflation. This sought to buttress ongoing threats of sanctions and facilitate a deterrent strategy of indirect military engagement—or denial-by-proxy. Since the U.S. cannot directly prevent Russia from achieving its aims in Ukraine, it can try to rally Western support to overburden its strategy, resources, and tactics—rendering an invasion more costly to pursue and less likely to succeed if pursued. Without threat inflation to secure political and public buy-in, commitment to help defend Ukraine would fail to launch, be reduced to symbolic gestures, or fizzle out as soon as risks and costs mounted.

The driving logic is to shape the narrative because the narrative enables an indirect form of deterrence-by-denial. The Russian military may, ultimately, achieve some degree or outcome of victory on the battlefield in Ukraine. However, the blow to the West—and the liberal international order it seeks to preserve—is mitigated if that victory comes at great cost to Moscow, so much so that it turns the narrative of the war into Putin’s blunder.

No doubt, the prospect of another foreign policy calamity weighed heavily on the White House. In 2021, the fiasco ensued by the U.S. withdrawal from Afghanistan—prompting an unforeseen swift takeover by the Taliban—had damaged the post-Trumpian image of Biden’s competence and credibility on the world stage. At home, he never fully recovered. A Russian military victory in Ukraine would deliver an even more consequential and humiliating defeat for the West, especially the United States. Some feared that back-to-back debacles abroad could weaken U.S. deterrence extended to Taiwan, emboldening China’s efforts to control the islands. Accordingly, from an intelligence, political, and strategic standpoint, Washington faced enormous pressure to overcorrect on the crisis in Ukraine.

As such, the Biden administration went to great lengths to deny Russia any semblance of a speedy victory—be it a swift military triumph or a quick political capitulation by Kyiv. Initially, the U.S. worked to bridge the divide among its NATO allies. To allow for a more credible deterrent threat to materialize, it shared intelligence on Russia’s military buildup at a two-day conference in Riga, Latvia, held on November 30 and December 1, 2021. But Putin’s resolve appeared to only harden. By the start of 2022, it was apparent that deterrence-by-punishment was failing to de-escalate the crisis. In turn, the U.S. intensified efforts at deterrence-by-denial.

In January 2022, the Biden administration leaned forward to get ahead of an invasion that hadn’t yet occurred—but one that it had to be ready to confront, nonetheless. Three key pieces of evidence pointed to an intensification in the U.S. approach. First, U.S. officials began to publicly estimate that an invasion was an ever-growing likelihood. “My guess is he (Putin) will move in,” said Biden on January 19, “He has to do something.” This was a change from the previous position, which emphasized that Putin’s intent to invade was unknown or inconclusive. Second, the U.S. incorporated denial-based plans to pre-empt and stifle the likelihood of a speedy Russian victory in case an invasion did happen. Finally, noticeable indications of threat inflation began to appear in the public discourse, whereby Russia’s ostensible aims and projected danger to the West were deliberately exaggerated.

These changes occurred as the U.S. knowingly prepared to officially dismiss Russia’s diplomatic proposal later that month. Centering on grievances and concerns over NATO’s role and its eastward expansion to induct Ukraine, Russia put forth a draft agreement in December 2021 to reset the post-Cold War security arrangement with the West. But in a delivered letter, the diplomatic proposal was declared by the U.S., in clearest terms, to be a non-starter. “There is no change. There will be no change,” said Secretary of State Antony Blinken on January 26, in regards to the U.S. commitment to uphold NATO’s open-door policy to prospective members, including Ukraine.