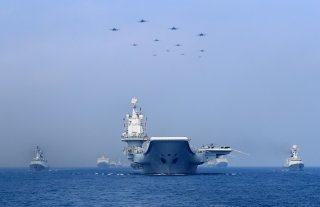 The challenge posed by China is thus two-fold. It threatens the maritime freedom of the Asiatic Mediterranean, and thus ultimately of Asia’s productive and trading capacities. It also is positioning China to have a preponderance of power that can be brought against Asia’s rimlands, as well as against what Spykman called the “outer crescent,” which, in Asia, includes Japan, the Philippines, Indonesia, and Australia. These rimlands and the outer crescent, it should be remembered, are uniquely comprised of continental, peninsular, and archipelagic landforms. Japan’s control of Korea and Formosa (Taiwan) in the 1930s facilitated its invasion of China, which found its greatest success in the rimland, and only became enmeshed in a quagmire when it attempted to extend towards China’s heartland or out into the trackless Pacific.

China today is attaining the capability to threaten Japan and Southeast Asia, not solely from the homeland, but from its expeditionary bases in the inner seas. From this perspective, the air defense identification zone that Beijing established in the East China Sea in November 2013 is another element in its attempt to establish control over the inner skies of Asia. Only by conceiving of the strategic environment in this expansive, integrated sense—as the Asiatic Mediterranean—can we fully understand, appreciate, and respond to China’s long-term challenge.

America needs to recover its appreciation of the strategic importance of Asia’s inner seas and rimlands if it is to come up with a realistic strategy to preserve both its power and its influence in the Indo-Pacific region. Losing one part of the Asiatic Mediterranean will certainly cause allies and partners in other parts to consider either severing ties with the United States or declaring neutrality, so as to preserve their own freedom of action. A geopolitically isolated United States is an operationally weakened United States. Being pushed out of one sea will require the U.S. military to expend national treasure to fight its way back in. The better course of action is to keep the Asiatic Mediterranean whole, balanced, and stable. Only then can America be certain that the vital rimlands of Asia will remain free from conflict. To paraphrase Benjamin Franklin, the Asiatic Mediterranean must certainly hang together, or it will assuredly hang separately.

Michael Auslin is the Payson J. Treat Distinguished Research Fellow in Contemporary Asia at the Hoover Institution at Stanford University. His latest book is Asia’s New Geopolitics: Essays on Reshaping the Indo-Pacific.