Cronyism Kills: Here’s How It Happened in Tunisia 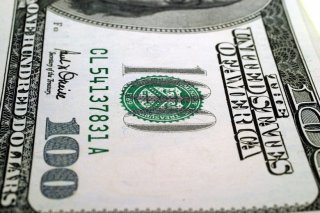 On December 17, 2010, Mohamed Bouazizi, a street vendor, turned to face the governor’s mansion in Sidi Bouzid—the capital of a hardscrabble farming province in central Tunisia—and set himself on fire. His last words, aimed at the government, were an anguished question: “How do you expect me to make a living?”

What drove Bouazizi to this desperate act was Tunisia’s culture of corruption. That culture started at the very top, with President Zine el-Abidine Ben Ali and his political cronies, and extended all the way down to local police, for whom extortion had become a way of life.

For those outside the corridors of power, however, the corruption had become a force of economic ruin. As Bouazizi’s sister put it, “In Sidi Bouzid, those with no connections and no money for bribes are humiliated and insulted and not allowed to live."

Bouazizi’s self-immolation was not in vain. It inspired riots that, within a month, forced Ben Ali and his family to flee the country. That success in turn sparked a series of “Arab Spring” revolts against other dictatorial regimes in North Africa and the Middle East.

Today, however, Tunisians still suffer from the economic damage wrought by the exercise of decades of authoritarian power.

Three World Bank economists—Antonio Nucifora, Bob Rijkers, and Erik Churchill—have analyzed exactly how cronyism worked to enrich Tunisia’s power elite at the expense of the people and what that nation (and others facing the same problem) must do to establish an economic system that will offer opportunity to all. Their report appears in the “2015 Index of Economic Freedom.” Here’s what they found.

Members of this elite were constantly making backroom deals with each other to ensure they remained the dominant players. The agreements entitled them to extract payoffs or profits from nearly every available economic opportunity that came along. Everyone else in Tunisia was pushed to the sidelines.

Firms owned by the Ben Ali family tended to be in sectors—such as real estate, auto dealerships, construction, financial services, and tourism—where profit margins were high and where close relationships with government officials could keep those profits high.

To further ensure profits, the Tunisian government erected other barriers to entry—often barring potential competitors from going head-to-head against Ben Ali family firms. There was a pronounced tendency, for example, to require official authorization of direct investments by foreign firms in Ben Ali-dominated business sectors.

The regime also helped themselves through “discretionary enforcement of regulations” and self-serving tax policy and customs duties. For good measure, they abused public assets, public enterprises (such as banks) and public procurement opportunities.

As for the vast majority of Tunisian entrepreneurs who lacked political connections… they were left out in the cold.

Unfortunately, Tunisia was not an isolated case. For, as the three economists note, “countries with more extensive business entry regulations tend to grow more slowly and have higher levels of corruption.”

In the four years since corruption killed Mohamed Bouazizi, Tunisia has made progress on the long road from a kleptocracy to a market-based democracy. But laws and regulations from the Ben Ali era still constrain competition and economic freedom.

Reform must occur, the authors note, but it must be done carefully and at a measured pace. Opening the economic system sparks push back from the old elite who stand to lose “rents” and privileges. Moving too quickly could shake the nation’s precarious political stability, undermining the reformers’ political power. On the other hand, unduly slow progress will fuel the frustrations of those marginalized by the old system—and they’ve already demonstrated their ability to topple governments.

Unfortunately, the cancer of cronyism is not restricted to developing nations. It has been gradually spreading in many First World countries, too, including the United States. As Heritage Foundation President Jim DeMint has written, “Many of big business’s greatest advantages over small competitors stem not from scale achieved through success in the free market but from success in capturing the levers of political power.”

Modern America is no stranger to subsidies and bailouts for political allies, to competition-killing licensing and regulatory requirements, to sweetheart tax provisions. These practices cripple job creation, confound would-be entrepreneurs and stick consumers with higher prices and higher taxes.

No, we’re nowhere near the deplorable state that was 2010 Tunisia. But we must reverse America’s downward spiral into greater and greater cronyism. It’s a moral and economic pit that’s easy to fall into, but very difficult to escape.

James Roberts is a research fellow in The Heritage Foundation’s Center for Trade and Economics.