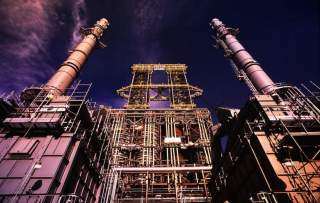 The House of Representatives recently voted to the lift a decades-long ban on exporting crude oil. Bipartisan legislation introduced in the Senate would do the same. Lifting the ban would generate more jobs for Americans, supply the United States and the world with more affordable energy and provide important geopolitical benefits for Washington and its allies. Unfortunately, some politicians want to hold this common-sense measure hostage until they get funding for their pet projects.

How much would Americans save by lifting the ban? The Government Accountability Office reviewed four economic studies and found that gas prices could decrease anywhere from 1.3 cents to 13 cents per gallon.

But lower gas prices are really just a side benefit. Free trade in oil, like free trade in wheat, paper, machinery and every other commodity, produces larger economic benefits. Opening markets for both import and export creates competition. Producers and sellers face greater challenges to retain or expand their market share. The result is innovative ideas, higher-quality products at competitive prices and an improved standard of living. The decision to export crude oil should be decided by those who produce and sell the oil, not by Washington bureaucrats.

The overall wealth and economic benefits created by opening up markets far outweigh any possible negative effects on domestic users. A study by the consulting firm ICF International estimates that exporting crude would boost gross domestic product by more than $38 billion and create 300,000 new jobs by 2020.

It’s not just about economic gains. Removing restrictions on U.S. crude oil exports would produce important geopolitical advantages for America and its allies. It would, for example, reduce the ability of Russia or other “challenger” nations to manipulate energy supplies for political and economic influence.

So what’s the hold up?

The White House is threatening a veto. “The administration,” said presidential press secretary Josh Earnest, “believes that the American people are better served by making sure that we pursue the kind of approach that also invests in renewable energy.”

Despite the broad consensus that energy free trade would improve our economy and national security, the mentality in Washington is: What can I get for it? Investing in renewable energy is just fine if the private sector wants to do so with its own money. But Earnest’s comments speak more to the administration’s desire to funnel taxpayer money to politically favored “green” energy providers.

Lawmakers should resist this kind of extortion. There’s no need to pour money into pet power companies (Solyndra, anyone?) in exchange for lifting the crude oil ban.

Legitimate energy technologies don’t need to be propped up with stacks of taxpayers’ dollars. That holds true for conventional fuels like oil, natural gas and coal, as well as for renewables. They should all be allowed to succeed—or fail—in the open market, without resorting to political gamesmanship and cronyism.

Opponents of lifting the export ban love to demagogue against “Big Oil.” But politicians should be thanking the oil and gas industry for keeping the American economy afloat during the economic downturn.

From 2007 to 2012, oil and gas industry employment grew 40 percent, while the rest of the private sector managed only 1 percent growth. Parts shops and other industry suppliers hung “Help Wanted” signs, encouraging families to migrate to North Dakota and Texas to take advantage of new opportunities. Increased supplies have driven down gas prices and electricity bills, easing strains on family budgets. Opening market opportunities for crude exports would help all these good trends keep on rolling.

When Washington tries to control what energy to produce and where to send it, we end up with policies like the crude oil ban that aims to protect Americans but ultimately ends up hurting them. The 1970’s gave America many lessons of what not to do when it comes to energy policy, including banning crude oil exports. Congress should remember those lessons and lift the ban, but not enact more of the bad policies that hurt American taxpayers and energy consumers.