Cruz Could Destroy the GOP Establishment—And Save It 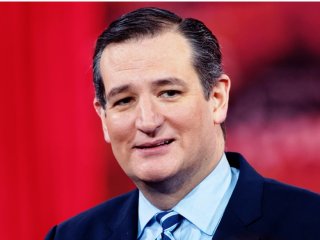 Could Ted Cruz destroy the Republican establishment in order to save it? Since arriving in Washington in 2013, the Texas senator has been a thorn in the leadership’s side. Now he may be the Republican elected official best positioned to stop Donald Trump.

The fifth Republican presidential debate was really two fights in one. Cruz and Marco Rubio fighting each other while almost everyone else tried, mostly unsuccessfully, to drag Trump down to their level. Why?

Cruz is surging in Iowa. There’s no guarantee Cruz hasn’t peaked too soon—this is closer to the point when Ron Paul moved into first place there four years ago than when eventual caucus winner Rick Santorum did—but he’s a natural fit for the caucus electorate.

Nearly three out of five Iowa caucus-goers were evangelical or born-again Christians, according to the 2012 entrance poll. Cruz is the son of an evangelical pastor who is a popular conservative circuit speaker in his own right. He even launched his presidential campaign at the Jerry Falwell-founded Liberty University.

Almost two out of three caucus-goers identified with the Tea Party four years ago. Cruz is perhaps the politician most associated with this populist conservative movement. He won his Senate seat by beating the sitting lieutenant governor of Texas in a Republican Party with the support of Tea Party groups and over the opposition of the party’s governing wing.

If something has needed defunding, from Obamacare to Planned Parenthood, Cruz has been there ready to defund it. That’s true even when the legislative fight is hopeless or, from the point of view of more established Republicans, counterproductive.

But grassroots conservatives want Obamacare to go away. They want to overturn Roe v. Wade. They want to see the government tax, spend and regulate less. They don’t want to hear from Republicans who say it can’t be done. When Cruz says that these battles are simply a matter of political will, he is telling them what they want to hear.

Playing to these sentiments has gone a long way toward making Cruz the most hated man in Washington. Compared to Trump, however, Cruz is Bob Dole (a comparison neither man would find flattering): a polished elected official with experience putting together winning political coalitions who is running on familiar, more or less mainstream Republican issues. Or to put it another way, Cruz is very much a creature of the conservative movement that helped produce Ronald Reagan’s presidency while Trump is something unique.

Trump has emerged as a real threat to win the Republican nomination because he has married angry Tea Party conservatives with downscale, more secular disenchanted white voters who more closely resemble Ross Perot’s voters than Reagan’s. Cruz is the best bet for prying the most conservative of those voters away—Jeb Bush certainly isn’t going to take them—but he must get past Rubio first.

That’s why Cruz was so careful to avoid challenging Trump directly while he hit Rubio at nearly every opportunity. The two candidates returned the favor. Trump declined to repeat recent criticisms of Cruz, suggesting he was fine with the Texan, while Rubio took issue with his U.S. Senate colleague often.

Cruz’s rise in Iowa could be helpful to his party for two reasons. One, Trump is heavily reliant on momentum. There’s a reason that a big part of every Trump campaign speech is devoted to reciting all the poll results showing him in the lead. That was his go-to whenever he was hit during Tuesday night’s debate.

Trump is a runaway train chugging through the Republican nominating process. If Cruz beats him in Iowa, he could derail the Trump train entirely. Or at the very least, he could keep a Trump win in New Hampshire or South Carolina from giving the reality TV star an aura of inevitability.

Two, while Cruz is among the most conservative Republicans in Washington, his ascendancy reorients the race around issues with which the rest of the GOP is familiar—tax cuts, abortion, family values—rather than Trump’s platform on immigration and trade, which is divisive to some Republicans and alien to others.

Yes, Cruz is combative when it comes to fighting with Democrat and Republican leadership. But when conservatives are divided on issues, as they are on immigration reform or the NSA, he can be a skilled and diplomatic difference-splitter.

But the party establishment and many conservative elites vastly prefer Rubio to Cruz. They think the Floridian is a better general election candidate and someone with whom they can do business once office. Early state victories by Cruz threaten to make Rubio’s path more arduous.

Some Republican donors and politicos don’t even think Cruz is obviously preferable to Trump. While he has not fully embraced either Trump’s position on immigration or the Ron/Rand Paul libertarians’ positions on surveillance and foreign policy, Cruz has inched in their direction on both counts, threatening to bring them both further into the Republican mainstream.

As well, some establishment Republicans believe Trump is a celebrity who has his own brand identity which can be differentiated from the GOP’s while Cruz can more easily remake the party in his image.

Thus there seems to be a lack of interest in taking the fight to Trump unless it is evident that someone like Jeb Bush, John Kasich or Rubio will benefit.

Cruz probably had a better debate than Rubio, and certainly a better one than even an improved Kasich or Bush. But expect some of Cruz’s more lawyerly moments debating immigration to be thoroughly scrutinized by Rubio-friendly commentators in the coming days. Also anticipate more articles about Cruz suddenly becoming an “isolationist.”

Given Rubio’s solid but unspectacular performance and an intensified desire by some in the party to take down Cruz, the debate win goes to Trump.