The Cuban Embargo Was a Failure From the Beginning 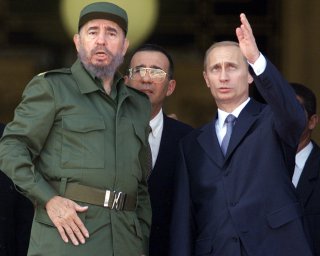 On February 3, 1962, President John F. Kennedy signed Proclamation 3447, which began the trade embargo on Cuba. Sixty years have passed, but the embargo has endured for decades. However, the time has come to end the failed policy.

The problem with the embargo is that it was flawed from its inception. First, like many policies that originated in the Cold War era, the embargo reeks of the capitalist versus communist lens. The lens was used relentlessly to view geopolitical issues throughout the Cold War, repeatedly distorting geopolitical issues and escalating threats. Cuba’s expropriation of U.S.-owned property in Cuba, totaling $1.8 billion, then shaped the second flaw—a misperception that the communist threat had come to fruition to produce a legitimate grievance.

The communist versus capitalist lens created a callous U.S. policy that purposely targeted civilians. The groundwork for the eventual embargo was first a product of the Dwight D. Eisenhower administration’s attempt to undermine and degrade Fidel Castro’s communist regime by weakening the Cuban economy. The rationale rested on the concept that only economic hardship could weaken the immensely popular Castro enough that a government overthrow could become possible. Kennedy committed to the policy after the embarrassment of the failed Bay of Pigs invasion in 1961 and Castro’s formal declaration of Cuba as a socialist state in the Soviet camp.

The callous policy benefited from a desire for revenge against Fidel Castro and a sense of entitlement from well-to-do Americans. The Cuban Revolution and the subsequent rapid decline of the relationship between Washington and Havana shocked the American people. Until the Cuban Revolution in 1959, wealthy Americans spent a lot of time in Cuba, a place historian Louis A. Pérez Jr. noted was “a background for honeymoons, a playground for vacations, a brothel, a casino, a cabaret, a good liberty port—a place for flings, sprees and binges.” Perez described the loss of Cuba as a “trauma” to the American people. Castro’s anti-Americanism left them baffled, and his turn to the Soviets worsened the feeling. The loss of that playground, however entitled, upset people with political sway.

That political sway manifested into law in section 620(a)(1) of the Foreign Assistance Act of 1961, authorizing the president to implement a total embargo upon all trade between the United States and Cuba. The act also created a series of requirements regarding democratic governance and reparations before a president can lift the embargo. The power wielded by Congress regarding the embargo is the most significant factor for the policy’s persistence, and the Congressional support is held in place by Cuban diaspora.

Despite the Soviet Union’s collapse and Castro’s death, the Cuban embargo continues because of contemporary American political dynamics. Florida’s electoral importance as a perceived swing state has kept the issue alive as neither Democrats nor Republicans want to alienate a substantial portion of the Hispanic vote. According to a 2018 Pew Research Center report, Cuban Americans account for 29 percent of the registered Latino vote in Florida, while Latino voters make up 17 percent of the state’s total voting population. According to Florida International University’s Cuba Poll, 63 percent of south Florida Cuban Americans remain in favor of the trade embargo on Cuba. Additionally, 55 percent of Florida Cubans believe that Cuba poses a threat to the United States while 74 percent support U.S. policies to maximize pressure on the Cuban government designed to promote regime change.

For progressives, the embargo is a policy impossible to rectify. Supporting the embargo alienates progressive support as it causes human suffering. However, vocally opposing the embargo leaves them vulnerable to accusations of being a communist sympathizer and questions about how to handle human rights violations. Additionally, according to a 2022 Gallup Poll, 57 percent of Americans have an unfavorable view of Cuba despite that 59 percent of people favored ending the embargo in 2015. Politically, it’s quite clear—for Republicans, the embargo is a winner, and for Democrats, no measurable good can come from talking about it. As a result, the Cold War-era policy remains.

However, Democrats should consider that the Cuban vote and Florida, in general, is a lost cause for the foreseeable future. According to 2022 midterm exit polls, self-identified people of Cuban descent favored Republicans in the governor and Senate races 70 percent to 30 percent. Additionally, according to the FIU poll, nearly 52 percent of Florida Cubans are registered as Republicans compared to just above 21 percent as Democrats. This realization could free Democrats to support ending the embargo—prioritizing American interests over election campaigns.

Why the Embargo Must End

The first reason to end the embargo is that it is a failed policy. After sixty years, while the policy helped to achieve hunger and desperation in Cuba, the regime in Cuba hasn’t changed. Fidel Castro died, and the regime lived on through his brother Raul, who then retired. The current president is Miguel Díaz-Canel, the first secretary of the Cuban Communist Party. Like many sanction efforts implemented by the United States, this one has served as a galvanizing call for anti-American sentiments across the island while hurting the most vulnerable people. The UN estimates the embargo has cost the Cuban economy $130 billion over sixty years.

Americans also pay a price. The U.S. Chamber of Commerce estimates that the embargo has cost the American economy $75 billion over the past sixty years. Additionally, small advancements such as private home ownership now available to Cubans create disadvantages for Americans because Cubans are selling their homes to Europeans and using the euro to buy family necessities. A 2002 study by the Cuba Policy Foundation estimated that the cost to the American economy could be as high as $4.84 billion per year through lost agricultural exports. There are healthcare damages as well. Cuba developed a lung cancer vaccine, CIMAvax-EGF, which only reached clinical trials in the United States in 2020 despite Cuba developing the life-saving vaccine in 2008.

The final reason to end the embargo on Cuba is Havana’s recent agreement with Beijing to restructure Cuban and promote investment opportunities for the Chinese. China also donated $100 million to Cuba to alleviate its economic crisis. While the Monroe Doctrine kept Europe out of the Western Hemisphere for the nineteenth and twentieth centuries, China has no intention of adhering to the American warning. China is Cuba’s second-largest trading partner after Venezuela, and in 2021 Cuba officially joined the Belt and Road Initiative’s Energy Partnership.

The United States is losing its influence globally. The recent Summit of the Americas in Los Angeles illustrates just how diminished that influence is in Latin America, and the Cuban issue is at the heart of that degradation. Four leaders skipped the summit after the United States refused to invite the leaders of Cuba, Venezuela, and Nicaragua. Alexander Moldovan, a researcher on social movements and Latin America at York University, believes Latin America is reorienting its trade policies toward China and away from the West. While the United States spend the last century meddling in the politics of Latin America, China is now making great strides through soft-power advancements throughout the region.

The Cold War caused the United States to create a Cuban policy detrimental to all involved. It has lasted for sixty years. Before great power competition against China gets out of hand, and another sixty years of this failed policy elapses, it’s time for the United States to end its embargo on Cuba and regain some soft-power influence in the Western Hemisphere in the process.